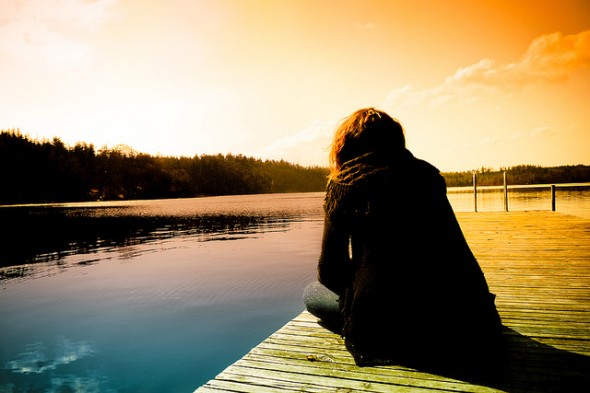 Once again, those “100 things to do before you die” lists are making their rounds on Facebook. You know, the “100 foods you should eat before you die” or the “100 places to visit before you die.” I admit that I try to cross as many as I can off the list, but inevitably, I fall short. I’ve only eaten 32 out of 100 foods against the average user at 45, and 15 places, where the average user sits at 21. Even among my friends, I generally am the least well-rounded as far as foods and traveling goes.

Of course, these lists are just for fun, but still, it got me thinking. Everyone’s got his or her own bucket list, and they must vary wildly from person to person. Is there a universal list of things everyone should try before they shuffle off this mortal coil? I would argue for the following:

1. Stand up for something you believe in.

Everyone has strong convictions: political, religious, or social. At some point in your life, pick a conviction and really support it. Volunteer at an non-profit for several years. Help a local candidate with the same views get elected to office. Convince your friends to donate money for a cause. Spread the word to as many people as you can.

Being part of a movement fosters feelings of community, and others will remember your passion for years to come. What better way to be remembered than by what you believe in?

2. Help someone in a big way, knowing you will get nothing in return.

It’s great, of course, to help people out when they need it. I’m just as willing as the next person to chip in $5 if a friend-of-a-friend has a major medical illness. However, we have opportunities to go beyond that, to really help someone out with absolutely no expectation of a return favor.

During a very rough stage in my career when the job market was tight, a man I had met at a conference years before heard about my job search troubles and helped me land a job in my field. Before he reached out to me, I couldn’t even remember what he looked like. That guy did a lot for a virtual stranger – asking his buddies about openings, putting his credentials behind me. Paying a gift like that forward is something that will stick with you (and the person you help) for a lifetime.

At least once in your life, you should take a chance on yourself and follow your passion. Even if it fails, even if it never goes anywhere, you should try it. It might mean quitting your job and trying out a new career. It might mean giving up your weekends for three months to work on an idea that’s been burning in your brain. Whatever it is, you will never regret the time spent to try something you always wanted to do. On the flip side, you will always wonder “what could have been” if you never try.

4. Forgive someone that did something terrible to you.

Forgiveness comes easier to some folks than others. I used to lie strictly in the “hard to forgive” category. I held onto bad feelings and let them simmer. Those kinds of emotions not only affect your relationship with that particular person, it bleeds into other parts of your life as well.

I’m still not as good as forgiving as I’d like to be, but I’ve been able to make peace with a few of the big wrongs that have happened against me in my life. I discovered that forgiveness doesn’t mean the action becomes acceptable, just that I don’t have to dwell on it. I can let go of guilt and anger and focus my energies on better things. I’ve saved a few relationships with certain family members this way. They’re not perfect relationships, but they’re better than what I had before, and I’m a much happier person overall.

5. Take a chance on love after you’ve been burned.

It’s true, love can hurt. Unreturned love is maybe the worse type of human hurt, whether it comes from a parent, a child, a lover, or a friend. I don’t know a single person who hasn’t been burned by love in some form or fashion. It’s a rite of passage of being human. But to never choose love again for fear of being hurt – that’s the worst punishment of all. After you’ve been burned, you cherish it more, you improve how you give it, and like wine, it gets better with age. Find someone worthy and give love a second chance.

So my bucket list suggestions may not be as exciting as caviar or Yellowstone National Park, but I’d say they would have more impact on your overall life experience.

Do you have any other universal bucket list items to add? Please share them in the comments below.