Om Swami is a monk living in the Himalayan foothills. An advanced yogin, well versed in the science of mantra, sacred syllables, tantra, esoteric practices, and meditation, you can visit his blog on omswami.com. 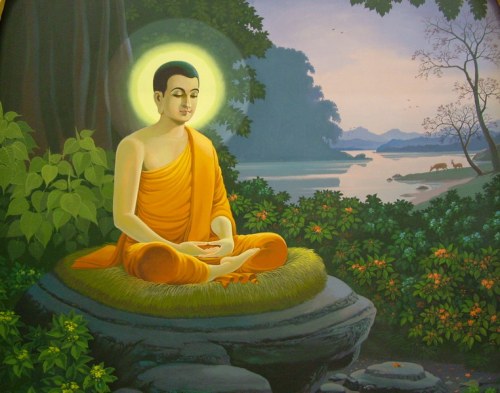 Once upon a time, Buddha, with his monk disciples, stopped by a village. His intentions were to deliver sermons and spread the message of righteousness and liberation. Some of the villagers however did not receive him well. They called him an atheist, used abusive language and asked him to leave the village. Buddha, however, remained quiet and peaceful as ever. He did not respond to any of the verbal abuse. His face expression did not change.

His disciples could not bear their master being abused, they could not see him treated that way. They felt bad and hurt. Taking cue from their master, they chose to stay quiet however.

The disgruntled villagers left after a while. Peace ensued. Only Buddha and his disciples were left there.