Steven James Wylie is a singer/songwriter from Spokane, WA.  In 2009, Wylie found himself bankrupt and living in his parent’s basement with his expectant wife. He had lost his home and cars when his real estate development company, once involved in multi million dollar projects, went belly up. His uplifting and intimate collection of sophisticated pop draws inspiration from this depression, and provides an uplifting message through his music. Connect with Steven James Wylie here: http://sjwmusic.com/. 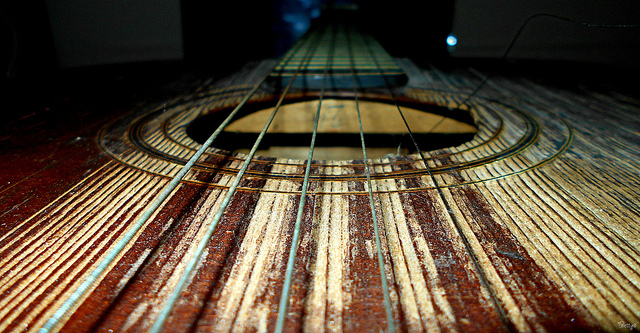 It was the summer of 2008, also known as The Beginning of the End. I was thirty years old, married and living in Spokane, Washington. My twenties had been spent enjoying a great economy and a booming real estate market. I had been developing real estate and enjoying some substantial success. However, it became very apparent that my business endeavors were in serious trouble. Mistakes were made, projects were stalling and the market was sliding toward the cliff. The unavoidable path that suddenly lay before me left me speechless. I spent months trying everything I could to avoid the inevitable. It was late August when I realized, we were finished.

Running out of money, I had to tell each of my business partners I would not survive the next few months. Everything was about to burn right in front of me. I would have to file for bankruptcy and it was going to hurt like nothing I’d ever felt before. This would take years to recover from.

What would I do? Where would we go?