When we moved into our new house last year, our neighbor’s yard looked like junkyard material. Among the debris lay a rotting shed, rusted over RV, and stagnant water pool. To make matters worse, the only way into their back yard was through a shared driveway that passed through our property. Since we had children, we weren’t exactly thrilled about the situation.

Our concerns heightened when we talked to the other neighbors. We heard stories of vagrants living in the RV, playing loud music and keeping everyone up at night. The neighbors also claimed that the owner, while a “good person,” was often out of town, letting random friends have run of the property. Both claims seemed legitimate since we saw lights in the RV at night, but no one ever answered the front door during the day.

You can imagine what we thought of our neighbor at this point. I conjured up an image of a crude, dirty man who had no regard for others. My husband worried that strangers might wander in and out of our property, peeking in the kitchen window. The two of us discussed what we could do: build a gate between our property, install a security system, and even forbid our children from ever playing outside.

Our stress level increased until one Sunday afternoon I finally saw movement in the neighbor’s house. Someone was home. Nervous, but resolute, I marched over to his front door, determined to meet this elusive neighbor after a month of worry.

The smiling mustached man who answered the door was not who I expected. He immediately ushered me inside and had me meet his charming 5-year-old son. Then he offered me water, gave me a tour of the house, and chatted with me for half an hour. As it turned out, he had also just moved into the neighborhood. Originally from Iran, he wanted a house big enough for his wife, children, and parents. We hadn’t seen him because he only had time on the weekends to fix up the place. The previous owner had, as he put it, “left the house in considerable disrepair,” so he was taking his time cleaning things up before moving everyone in.

During our conversation, I discovered we had a lot in common. I had also lived abroad, in Japan, and he loved the fact that I used to teach English as a second language. He knew a little Japanese, so we exchanged a few phrases. Like my husband, he loved BBQs, and we talked about getting our families together when the weather got warmer. I left his house with a smile and a promise to come back when his wife made it to the States.

Since that day, my husband and I have not spent a moment worrying about our neighbor. We chat over the fence if we catch him cleaning up the backyard, which he has improved considerably. The RV and stagnant water pool has disappeared, and he’s working on a garden. Gone is the junkyard image, replaced with a beautiful looking home.

Perception is a funny thing. All of my senses told me that our neighbor would be a problem, and the rumors flying around the neighborhood confirmed those fears. I built a solid opinion of my neighbor without once giving him a chance to speak for himself. I’m glad I met him before I acted on any of those opinions.

It makes me wonder how many times we make snap judgments before giving people a chance to present themselves. Whether we admit it or not, we do judge people by their appearances. We tend to put positive characteristics on those who appear similar to us, and negative qualities on those who don’t. Appearances, unfortunately, can be deceiving. Con men dress like wealthy businessmen and rob us blind. And neighbors with dilapidated backyards can be some of the nicest people you’ll ever meet. 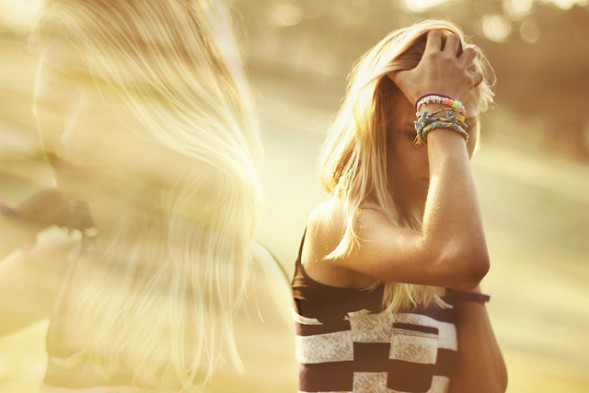 24 thoughts on “Breaking through Stereotypes”