“Beauty surrounds us, but usually we need to be walking in a garden to know it.” – Rumi

Have you ever found yourself feeling disappointed with your man because he sometimes doesn’t do or say what you wish he would?

Maybe you hint at what would make you feel happy or even tell him directly, but it seems he just doesn’t hear you. You might wonder if he’s deliberately ignoring you. Or worse he doesn’t care.

And there might also be occasions when he actually does come through with your requests, but then it seems as though he’s giving to you somewhat begrudgingly, as though he feels obligated, leaving you feeling maybe a bit victorious yet curiously flat, more than dissatisfied, not feeling so good after all?

I remember a time when I would feel so sad and bewildered because my then boyfriend, now husband, never said he loved me. It seemed as though he did, yet I still wished and ached for those words.

Or sometimes he would ask me what I wanted for Christmas, and I would excitedly tell him, filled with anticipation as the day approached, yet it was as if I had never said a word. For nothing on the list HE asked for appeared – which left me feeling, hurt, confused, and yes, kind of angry.

There were other times I couldn’t help imagining a fabulous gift or an evening out he would surely plan for and give to me to celebrate my birthday. He always did something for me, yet it never ended up looking the same as I had envisioned. So I felt let down, a little or a lot depending on the disparity between my dream and reality.

Do you have similar stories?

Now here’s something to take in and REALLY consider –

The problem here is NOT with YOUR MAN – the problem is with the EXPECTATIONS you created around him.

And expectations can be tricky things, destructive really. They almost always work against you, inevitably leaving you feeling DISAPPOINTED and often feeling sad, upset, frustrated, wounded, or something else which just doesn’t feel good.

I’m NOT saying you shouldn’t expect anything at all from your man, for respect, kindness, consideration, and love would be reasonable expectations to carry.

YET I would venture to say that these qualities are an is-ness in a relationship. They just are, and you don’t need to think about them at all – IF this is a good man – IF this is the man FOR YOU.

When it comes to things like a card or a gift he might give you for a special occasion like your birthday or Christmas, for example, or anything around which you have created an image in your head and pinned your hopes on, it’s unlikely to look like what you pictured; it will not have met your EXPECTATIONS. And you will feel bad, if only a little.

For example – Let’s say you had your heart set on a beautiful red dress. But he brought you the purple one instead. You like purple as much as red, yet because your expectations had been built up for the red dress, you felt discontented, somewhat if not mostly unhappy with his gift.

BUT had you stayed open and curious to whatever he might bring you, had you allowed the potential for surprise, you would have likely felt thrilled and delighted, touched by his thoughtfulness and care. And you might have discovered you love the purple dress even better. He chose it FOR YOU after all.

When you have an agenda, you close yourself off to possibility. And you will be unable to recognize something which might be totally FABULOUS because it doesn’t look like what you had imagined.

On the other hand when you’re not expecting anything at all, when you can keep your mind and your heart open to whatever he brings for you, when you can feel joy and awe in each and every moment – and gift – you will surely feel pleasantly SURPRISED with and in AWE of it all.

If nothing happens, you didn’t expect it in the first place. Though with this mindset and heart awareness, you might recognize a gift of another sort, something which you would not have noticed otherwise. How wonderful, yes?

For example, there was a five month period where my man was commuting to a job accessible only via airplane, so he would fly up Monday morning and fly back Thursday evening. That year Valentine’s Day fell on a Tuesday. We happened to have concert tickets that day for the symphony (one in a series we had purchased). I was prepared to either give them away or maybe take a friend. Instead, my man flew back home that afternoon to go WITH ME and sleep the night with me before having to go back to work again Wednesday morning. This could have been such a lovely, potentially passionate, love filled mid-week rendezvous.

Yet I held onto the expectation of a card, flowers, and/or a gift. So the entire evening I felt deflated, separate from him, not very happy. And I ended up missing out on what was actually such a wonderful present from him – time together spent in love which is SO much better than anything else.

When you are able to release your expectations, and simply keep your heart open to anything and everything, when something does happen, you will feel SO thrilled, even if it’s only a pretty seashell or an unusually colored pebble. You were thought of in those moments, and this can feel so precious.

With this new way of thinking and feeling, the daisies he picked for you will feel sweet, a special treasure. He was holding YOU fondly in HIS HEART while he selected his gift for you. And you will feel touched, cared for – LOVED.

BUT if you had roses from the florist stuck in your head, other beautiful miracles, another sort of loving gesture from him will look like weeds, an afterthought, your expectations unmet, and you will feel upset.

And look what you would have missed out on – ALL the wonderfulness from YOUR MAN which has been there along with an opportunity for a lovely connection – with HIM.

He really does want to do for and give to you, but not when he’s feeling pressured (yes he can feel even your unexpressed expectations) and not when he can’t seem to get it right.

When I really GOT this important lesson, I starting hearing the words “I love you” in my husband’s actions, in how he looks out for me, in his adoring gaze, in his loving touch, in his sweet kisses, in his tender caresses, in the special gestures reserved ONLY for me. He had been telling me he loves me all along, but because I was caught up in how I thought it “should” be, I had missed it.

I was now able to recognize his innumerable gifts which were actually amazing and touched me more deeply because they were filled with his heart.

He was giving to me in HIS WAY, and when I shifted my perspective around this, I discovered his way was very SPECIAL indeed.

Expectations plainly and simply set you up to NOT feel good, and they do nothing to bring you closer to  your man – instead they pull you apart, little bit by little bit.

When your heart is as open as possible to life and love, flowing with each moment – whether it feels good or not, when you can let go of those expectations, your life and YOUR RELATIONSHIP will feel SO much easier, SO much happier, SO much more fun, SO much more LOVED FILLED. And you will rarely feel disappointed in your man or your relationship again. 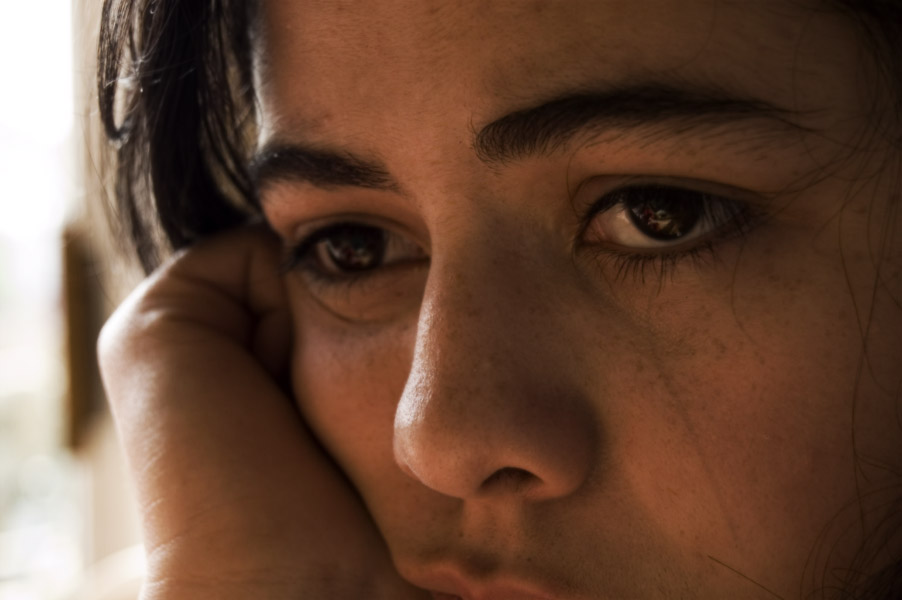 Since 2008, I’ve been guiding women in healing their hearts, restoring love, and creating the romantic relationship of their dreams. I have developed a library of resources containing hundreds of articles on my website, www.CoachingWithDominique.com, a book, a video program, and a love and relationship coaching practice – all geared to help women restore themselves and their relationships. Please contact me at – Dominique@SexandHeart.com