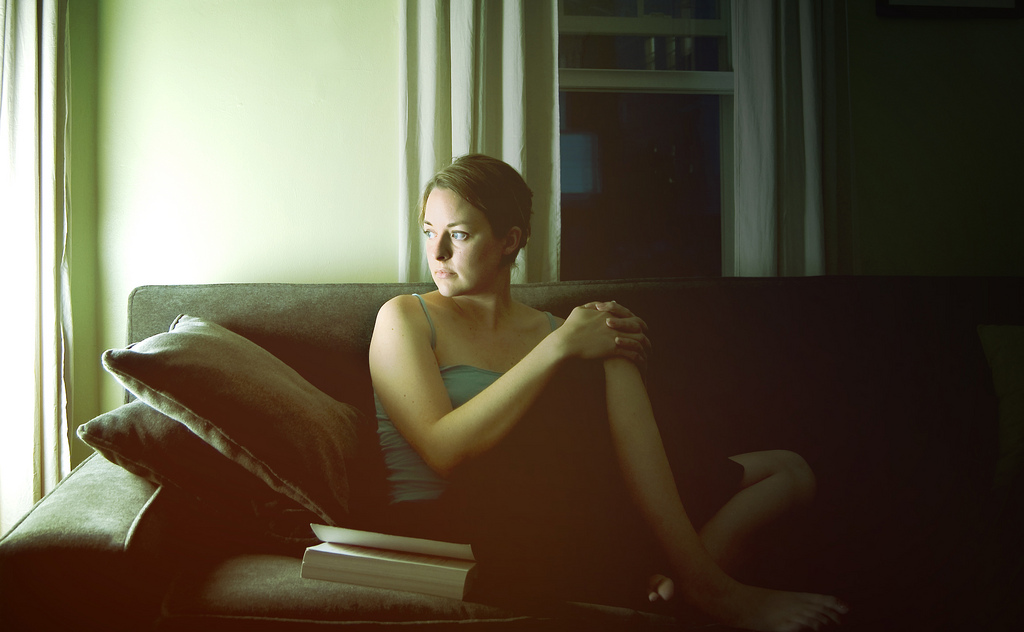 “When life changes to be harder, change yourself to be stronger.” – Unknown

You’re on a roll in life, but an unexpected change in your health alters your path.

Not a little change either.

Something significant that shocks you to the core.

Something significant that you feel powerless when you realize things won’t be the same.

A period of uncertainty and confusion follows while you’re waiting for an answer.

Unsurprisingly, you feel a mix of emotions. You appear strong, but occasionally you feel down and find things just a little too much to cope with.

Your self-confidence wanes, and you spend many hours dwelling on the what-ifs.

Can you possibly bring your previous self back and embrace the change, however difficult it seems?

Earlier this year, I was on a natural high. I just finished my final university assignment and had two pieces of writing published on respectable blogs. I couldn’t be more content.

Then, something strange happened.

One of my articles was published here on Possibility Change on June the 1st. And inside the post was a passage that still haunts me, “How many different noises can you distinguish from a seemingly silent space? I hear a perpetual buzzing in my ear when I really pay attention.”

For when I woke up the next morning, something was off. I realized I could no longer hear anything from my left ear except a ringing sound. Just the same as I described in the post but much louder and very annoying.

My initial reaction was not to panic; surely my hearing will come back just as it went?

The next day I called for medical advice, and they told me I probably just needed to have my ear syringed — a procedure used to clear earwax buildup.

So I was bemused to find out a week later that both ears were perfectly clean. I walked away from the doctor’s office with a heavy question hanging over me …

What could be the problem then?

While I was waiting for appointments, I was living with a left ear that could only hear a constant whooshing sound, like the one you sometimes get after a loud concert. Only this one never went away and made hearing anything impossible. The condition is commonly referred to as tinnitus.

As the hearing in my right ear was not affected, it started to work extra hard to compensate. For weeks, I struggled to figure out where sounds came from. As if I landed in a place where the laws of physics didn’t apply; everything sounded weird and different.

I was often startled because I could not distinguish approaching footsteps and would notice someone only when they stood next me. I was constantly explaining myself because some people started assuming I was ignoring them if I didn’t respond right away.

I kept hoping the next appointment would bring a remedy and my old life back, but after two weeks of finding nothing, I was fed up. I wanted to know what was happening and when it would get better. I had a life to get on with.

My wake-up call came when I phoned to schedule an MRI scan. The earliest one they could give me was a month away. No matter how hard I pleaded, they could not get me in sooner. At that moment, I found myself face to face with reality; there won’t be a quick fix. That’s when the voice of reason came gushing up: this cannot rule my life.

At least some relief came after weeks of testing. Nothing nasty lurked in the background. But they couldn’t tell me the cause, and they told me I should accept that hearing in my left ear may never return.

But over time, I noticed something had happened; I was getting used to the change. The tinnitus wasn’t so annoying any longer, only occasionally entering my field of awareness. Even the ear specialist commended me for my positive attitude.

So what enabled me to turn this uncertain period around and accept such a big change?

I have a few ideas that I believe helped me shift from a place of frustration to healing and acceptance.

Face the beast: it is tempting to ignore what is happening to you, but that’s not helpful. It’s like fearing a monster in the closet you dare not look in because it may bite.

Get to know the condition instead of sticking your head in the sand. Deal with facts and not what-ifs.

Find out other people’s experiences in similar circumstances; how did they cope, what were their reactions, and how did they manage day to day?

Doing a quick search revealed that 1 in 10 people in the UK are affected by tinnitus, and hearing aids can be effective in restoring some forms of hearing loss. I watched YouTube videos to see what it was like for others. I was amazed by the good work of those who were raising awareness on this condition.

Feel into it fully: go gentle on yourself. All those fears, worries, and frustrating moments? They are quite normal. I found an explanation in the Kubler-Ross model, according to which we experience various emotional stages as we work through loss or adversity. Understanding this will help you to move on quicker.

Though you may still get the urge to resist reality and tell people what a lousy, unfair hand you’ve been dealt, this shall pass too. It has to because you want your life to feel normal again. Eventually, the emotional dust will settle and leave you free to live.

Be thankful: it would be inappropriate to state that I was happy with how things turned out. As you can see, I wasn’t. But the whole process reminded me to appreciate what I do have.

I was contemplating how lucky I was to live in a place where citizen’s health is taken seriously. And that we have amazing inventions such as machines that see through our bodies. I was thankful for my good right ear and how I didn’t have an underlying issue to deal with.

I was grateful to friends and family members for their patience because I must’ve bored them to tears going on and on about my troubles.

Lean into awareness: in the previous article, I mentioned my meditation habit, which is a good practice in becoming more mindful in any case. This is how I noticed the buzzing in the first place, though I couldn’t have known it was a precursor of something else to come.

I still continue my daily meditation ritual. Exploring what’s different, being curious about the muffled and tinny sounds. I’m wondering about what silence is now like, what it means, and the advantages of not being able to hear perfectly.

Research has shown that meditation can help people feel more positive while recovering from various conditions.

Embrace the changes: having gone through all of this and made peace with how things turned out, I still have a glimmer of optimism. I’m cautiously hopeful that I might hear in my left ear again.

But if I don’t, that’s fine too. I’ve adapted to the changes psychologically, and my body has adjusted to life through one ear.

Ultimately, I found it begins and ends with acceptance. What cannot be changed or controlled must be surrendered to. Resisting anything beyond your control is futile. It wears you out and depletes your energy.

So give yourself a break, and take on the present as it is.

Sudden and irreversible hearing loss doesn’t happen to everyone.

But people have to deal with a ton of other health changes every day.

Some are more serious than others.

Regardless of the severity of the condition, when it happens to you, it’s all-consuming and can easily take over your life.

Allow yourself to go through the stages of loss.

Maybe less able in some areas, but much stronger in your conviction that you can deal with life’s trials.

Andrea is a recent environmental graduate, and she's equally fascinated by human nature and their mutual interconnection. She's enthralled by personal development and is the voice behind the popular Instagram page @the_warrior_spirit. If you're finding life frantic, she's written a guide on Peace of Mind which you may find helpful.