“Why are you trying so hard to fit in, when you’re born to stand out?” – Oliver James

Nearly 15 years ago, I made the decision to shave off all my hair despite knowing very well that I would be going against the grain and belief that a woman’s hair is her crowning glory. I didn’t do it to be rebellious or to make a fashion statement of some sort, but more so because I was really tired of having bad hair days and allowing my hair define and control me.

I was amazed and a little overwhelmed by all the attention this one decision garnered. People were very receptive of this change and complimented me a great deal saying that my new do really showcased my beauty and suited my face; a great number of women confessed to me that they wished they had the courage to follow suit. I determined then, to never grow my hair again after realizing how liberated and unique my bald head made me feel.

A few years after making this change, my well-meaning mother, who wasn’t too thrilled about my hair do at the time, decided to conduct a survey on the streets of my hometown, Nairobi in an effort to determine men’s take on women’s hair. Most of the men surveyed said they preferred women with long hair over those with shorter dos; it didn’t matter to them if the hair sported was unnatural, what was important to them was its length as it symbolized femininity.

I wondered what men she was really talking about because the men in my neck of the woods really seemed to appreciate my new look and applauded it tremendously; they too had a confession to make, they wished they could convince their significant others to follow suit.

Towards the end of 2009 and after many failed attempts, my mom finally managed to convince me to try growing out my hair imagining it would bring some positive changes into my life and maybe even some strength (I imagine she was thinking about Samson regarding the latter). I decided to oblige her knowing that I could always revert back to my old do if and whenever I pleased.

For two straight months, I hid my head under hats and head warps as I tried to figure out what to do with my hair once it grow to a measurable length. My options were to either loc or texturize it, none of which really seemed appealing to me. As excited as I was at the prospect of a makeover of some sort, I couldn’t help but feel like I was being a sell out and allowing Society to dictate my choice by accepting its definition of beauty and what a woman is supposed to look like.

After many restless days, I decided to be true to myself and passed a pair of clippers through my 1 inch thick hair. It wasn’t long before I started back at my trademark bald head in the mirror and felt the liberating feeling I first experienced when I first shaved my hair.

This one change as simple as it was had a great impact on me. It made me realize the importance of embracing one’s individuality & celebrating who you are; a unique individual. It helped me learn to be more confident in my own choices and make peace with the fact that it’s okay to dance to the beat of my own drum and not conform to other people’s expectations of me. I have found that people will often accept you and come around to your choices once they realize how committed to and firmly rooted you are in them.

Well, well, well what do you know it? My mom; the woman who thought I needed to sport a beautiful mane of hair, the woman who managed to convince me to grow my hair, the woman who conducted that absurd survey, not only accepted my new look with time but followed suit as well. She shaved off all her hair some time thereafter and wore it that way for a while.

I guess it’s safe to say that the changes we make not only have an impact on us but the ability to influence others as well, wouldn’t you say so yourself? 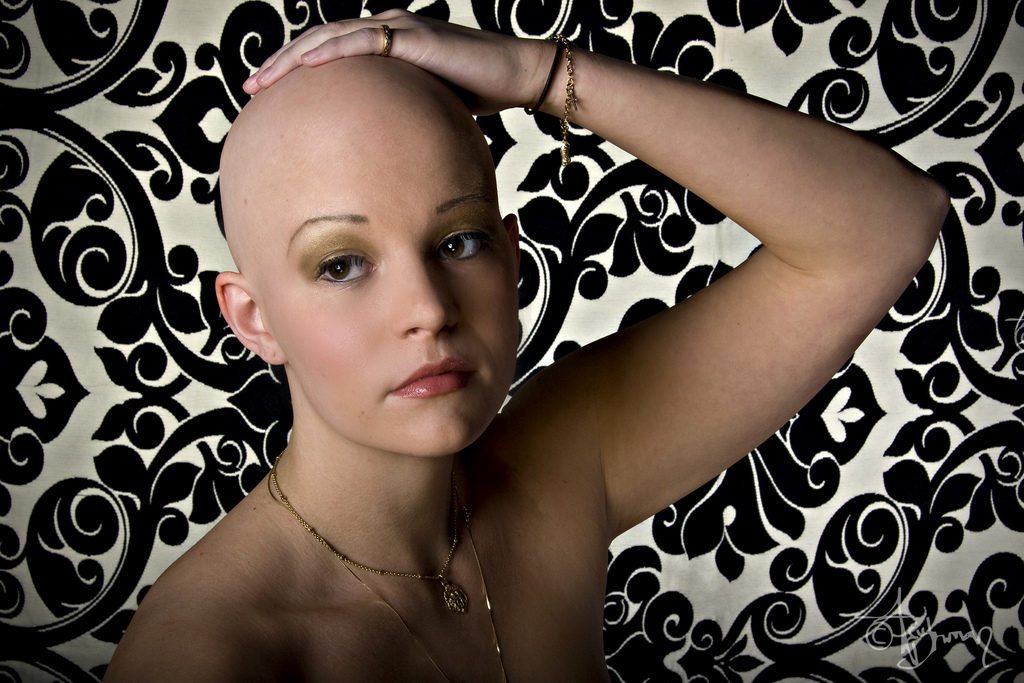 I love writing as much as I love inspiring and motivating others to be better versions of themselves. I am a student of life and believe we all have something to teach and most importantly, learn from each other. I recently started a blog www.schoolcalledlife.wordpress.com in an effort to motivate and inspire others. I love real talk, candor and mind-stimulating conversations. Please follow me on twitter @ykariba.

10 thoughts on “Embracing My Individuality”