No one can make you feel inferior without your consent

Do you have an inner critic that taunts you every time you trip up?

You know, that taunting voice that erupts the second you make a mistake?

You don’t know when it started, but for as long as you can remember it’s been with you, waiting for the slightest opportunity to launch its next attack.

And while you suspect its intentions are positive — to protect you from failures — in practice all it does is make things worse.

I’ve been absent-minded for as long as I can remember. I have difficulty focusing on one thing for long, which often leads to silly mistakes. Like losing things.

And this is where that inner critic jumps in.

“How could you be so careless?”

“Will you ever learn?”

“How could you be so irresponsible?”

This incessant voice was truly bringing me down. It was eroding my self-esteem. Every time I forgot something, it would nag me to the point of paralysis, unable to remedy the situation.

Things came to a head and I decided that I had to find a solution. I had to silence this inner critic once and for all.

At first I tried addressing the tendency to be absent-minded by creating lists using the Getting Things Done approach. This helped me get more organized but didn’t silence the harsh critic when I did forget things albeit less frequently.

I tried meditation and that helped to calm my mind but I struggled to keep up a daily practice that lasted for much more than a few minutes each day. I’m still working on expanding the length of the daily sessions.

After a bit of research, I discovered that cultivating a mindfulness practice was very powerful. I think of it as meditation in action. This turned out to be the answer I was looking for.

Mindfulness — an antidote to the chattering monkey mind?

Mindfulness is a psychological concept. It can be defined as being consistently attentive and aware of one’s mental patterns in a non-judgmental manner.

By using the breath as an anchor the practitioner is able to step back and ‘watch’ her thoughts without identifying with them.

Every time she becomes aware that her mind has run away with her thoughts, she consistently and gently brings her focus back to her breath and resumes watching the thoughts without identifying with them.

One of the benefits of a mindfulness practice is the capacity it creates in the mind of the practitioner to objectively observe, and then change deeply ingrained mental patterns.

My first big test of my mindfulness practice

A few months after starting my mindfulness practice, I found myself on a familiar mental roller coaster. My mind had been particularly unruly that morning.

At about 11am, I discovered that the remote control key to my garage at home was missing.

The monkey mind is a cruel mind

The usual tirade of thoughts filled with self-blame and shame ensued. The panic-driven questions seemed so reminiscent of my (well-intentioned) caregivers from during my growing years:

As the barrage continued my morale dropped.

The shame, anger, and hopelessness became overwhelming. I felt that familiar pit in my stomach. My shoulders dropped into a slouch.

At this point, something interesting happened.

My mindfulness practice came to the rescue

Instead of slumping into my usual state of paralysis, I went into ‘automatic mode’ and I found myself taking a deep breath.

My attention came back to my breath. The destructive thinking continued to play itself out as I watched.

I chose not to react. Instead, I objectively watched my thoughts play out the painful cycle of self-blame.

This act of objectively watching showed me that I had a choice not to react. Not to believe the thoughts like I had in the past. Instead, I could choose to just let them pass across my mind like clouds moving across the sky.

I could choose to stop beating myself up. Right now!

Choosing not to identify with destructive thoughts. (Detachment)

I made the obvious choice. I didn’t buy into the destructive thoughts.

Instead, I watched them as my mindfulness training had taught me. I didn’t try to push them away but I didn’t indulge them either.

The destructive thoughts slowed down. They petered out into a mumble. They no longer had any power over me.

The silence created a certain ‘spaciousness’ in the mind.

Now that I had moved past the destructive thinking I was free to take constructive action — i.e. to actually look for the remote.

I decided to retrace my steps to the café that I’d been to earlier that morning. I asked the owners if they had seen the remote. They said they hadn’t. My heart sank.

For a moment the anger and self-blame started to kick in again. The thoughts started to return

“You’ll have to get another one. That’s a hundred bucks! ”

I went back to my breath. I “watched” the thoughts.

At this point, it occurred to me that I hadn’t had a good look under the table where I’d been sitting.

I looked under the table …  and there it was!

The little remote was wedged beneath one of the legs of the table. Nicely tucked away out of sight — only visible to someone who was actually looking for it.

How mindfulness broke my cycle of self-blame

If I hadn’t been mindful I would never have retraced my steps or gone to the café. Even if I’d gone to the café I wouldn’t have had the presence of mind to look under the table.

After having been told by the owners that they hadn’t seen the key, I would have interpreted their message as being confirmation of my underlying belief.

That I was incapable, irresponsible and that I didn’t really deserve to find my garage keys since I’d lost them.

Mindfulness brought these destructive underlying beliefs out in the open and I got to watch them play through my mind as they tried to sabotage my day. I then had the opportunity to choose not to believe them anymore.

Are You Ready to Silence Your Inner Critic?

If you choose to cultivate a consistent mindfulness practice you will be amazed with the results.

The following are some specific ways in which mindfulness will vanquish your inner critic – once and for all.

2. If you watch your mind consistently, using your breath as an anchor, you will start to see your mind’s workings with greater clarity over time. You won’t be a victim of destructive thinking and will make better choices that lead to constructive action.

3.You don’t need to either push the thoughts away or indulge them. You just watch them as they work through their ‘life cycle’.  The act of watching is extremely powerful.

Do you have an inner critic? Does it berate you and undermine you, often without you realizing it?

If you do, then just stop.

And listen to your thoughts.

It all starts with one deep breath.

Why don’t you give it a try? Right now.

How has your inner critic undermined you today? 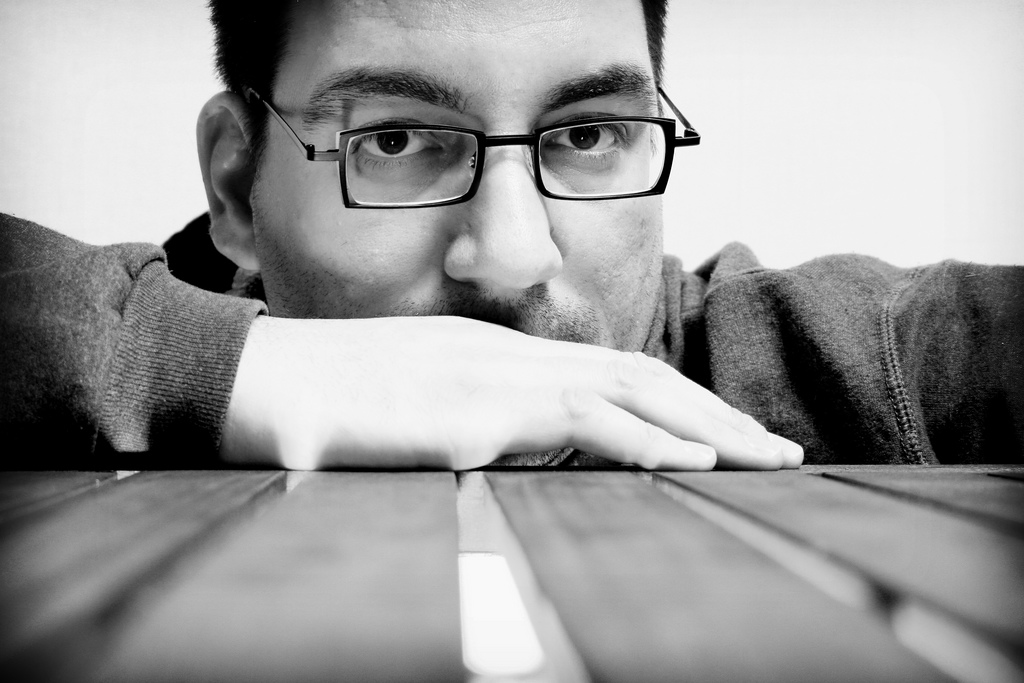 Ash is a freelance writer and blogger with an MBA, and 15+ years of international corporate experience. His mission is to help 1 million busy professionals and entrepreneurs become time affluent. Visit him on http://www.worksmartlivebetter.com follow him on twitter @AshRoyHelps or circle him on google+.