“My peers, lately, have found companionship through means of intoxication–it makes them sociable. I, however, cannot force myself to use drugs to cheat on my loneliness.” – Franz Kafka.

To understand my story you need to understand me – I am almost 22. I’ve grown up in a family that has seen its fair share of good and not so good days. I am mostly quiet because I over-think way too much.

I believe love comes in different shapes and sizes. I believe in making real connections yet fear the pain that comes with it. I’ve met a countless broken-souls and heard their stories. I believe, ‘It takes one to know one’, and strive to live by it every day.

I have a lot of people who care very deeply about me, yet, at times I can’t help but feel a sharp sudden pain in my heart.

Now that you know me a little better it will make things a little easier for you to understand.

I began drinking when my school was about to end. The first time I drank I was 17. I was at a friend’s place and I drank most of it neat. It was whiskey.

I cried way too much that night. Believe it or not, it felt great. Primarily because I was so emotionally constipated. I needed an outlet.

The second time I drank was with my sister. I should have taken a couple of notes about my tolerance because that night I puked and passed out in my washroom. And if you’re wondering, yes, I cried again when I was all alone and my sister had passed out.

I don’t remember the third or the fourth.

After approximately the seventh time I graduated into an occasional drinker.

And that was that.

When I got admitted to one of the better colleges in the country that is when alcohol started having a more profound effect on my life. I drank when I was stressed, happy, anxious or sad. I attached intoxication to the happening or non-happening of a certain event.

See, as I look back, the reason becomes clear. My ego and pride had taken a huge hit when I cut corners to ensure my admission and I just wasn’t ready to deal with it. Hence, I turned to alcohol because I didn’t really have friends then.

College began and I met a hundred different people. I made it a point to go ahead and introduce myself to everyone in my sight.

Most of them thought I was pretty weird but I wanted to ensure college began on a different note. I was going to make some real connections in this new city.

You see I believe that when things happen they happen all at once or not at all. Here I was making some real connections or trying to and then my family broke apart and it broke me instead. That is when things took a turn for the worse.

I am not at liberty to say more because it’s not really my story to share but yeah things at home weren’t as well as I would want them to be.

I was emotionally traumatized and things were still crumbling all over the place. I didn’t like college all that much and there was this constant emptiness within me.

Now understand something. I am not justifying anything. I am just trying to make you understand how it got worse. Also, I am in no way blaming anyone for my mistakes. It was all me and it is forever going to be. But maybe you’ll forgive me like I’ve forgiven myself.

Yet, even then, I would say it was manageable. People didn’t really know how miserable I was (at least I think they didn’t) and I was still breezing through.

The problem accelerated when my nightmares started. And it was surreal. I had never been through something like this before and I wish no one you know goes through it.

The problem with these nightmares was that they felt so incredibly real I stopped being able to tell the difference between a dream and reality. It began with maybe once a month. Its intensity and occurrence increased with time. There came a point when it became a daily thing.

At this point, I was so afraid to go to sleep I would stay up all night sometimes, go on with the next day, and finally sleep when my body was too exhausted. Even then I would sleep for a few hours because these dreams would wake me up.

By now you must have realized what I turned to for salvation – alcohol.

Every single day until I could not stand or I passed out drunk out of my mind I would drink. In the morning I would wake up with an incredibly painful hangover and go on with my day.

I would attend visits for my college fest, talk to people, plaster a smile and do what most people going through something do – Ignore it.

One fine night it got so bad that the morning after, with the support of my girlfriend, I sent three messages to the three most important people in my life – my mother, my father, and my sister.

I told them I couldn’t take it anymore. I needed to see someone. Someone who knew what I was going through. And it had to be done immediately.

It didn’t take them long to take action. Some of the best doctors in the city were contacted. Money was transferred into my account. I went to my first therapist.

Now, I am not a huge fan of mental health experts. The reason for that is after having gone to so many in the past 24 months it always felt like they were in so much hurry. Sympathy stemmed from their voices and the answer was always – prescription drugs.

This one particular woman asked me a couple of questions and prescribed me around a hundred pills. I was to take three each day and one more if I had a sudden attack.

She was incidentally the first person to tell me what my condition was called – panic induced night terrors.

Soon after began the final chapter of this story – alcohol and prescription drugs.

I honestly don’t remember when exactly I started taking more than the prescribed limit but I remember how it began. Initially, it was one or two more each day. Then, when the nightmares didn’t stop I mixed them with alcohol. The high was something else. It made me weirdly happy.

But, the problem was it lasted for a really short time.

I started taking more and a host of problems followed. The nightmares became more frequent. I started having auditory and visual hallucinations in broad daylight.

I thought I was losing my mind.

I went to my therapist again. She increased my dosage.

The rock bottom was when one night I wanted to end my life. I took a bunch of pills and drank way too much.

And it is here I would like to tell you that I am so grateful to have been pulled from the deepest clutches of desperation by someone without whom I probably wouldn’t be alive today.

My parents were informed. I spoke to my sister. And the next day it was decided that I was going home. I was going to figure things out once and for all.

Back in my city, I met six different therapists, counselors, yoga experts and a bunch of other perceivable experts.

It was here that I met someone who explained why all this was happening. He told me the reason for it all was – alcohol.

Apparently, alcohol messes with your sleep pattern. Since you don’t get enough sleep, or even if you do it is disturbed, your brain becomes exhausted.

That is why the nightmares became so frequent and those hallucinations were making me feel as if I was losing my mind.

I went on a three-month sobriety break soon after. When the cravings would get really bad I would indulge myself with a beer.

I managed and got by.

Things slowly became better. Painfully slowly, but it did. I put systems in place to ensure that the nightmares don’t get to me.

Life isn’t all sunshine and rainbows, so, I did slip here and there. But very rarely. Very very rarely.

I drink once a week now. Mostly on weekends. I am much much better now and as I look back I get it. Here is what I know now –

Just remember. Intoxication is just your way of distracting yourself from the truth. Don’t let it take over your life.

What helped you get over your addiction? 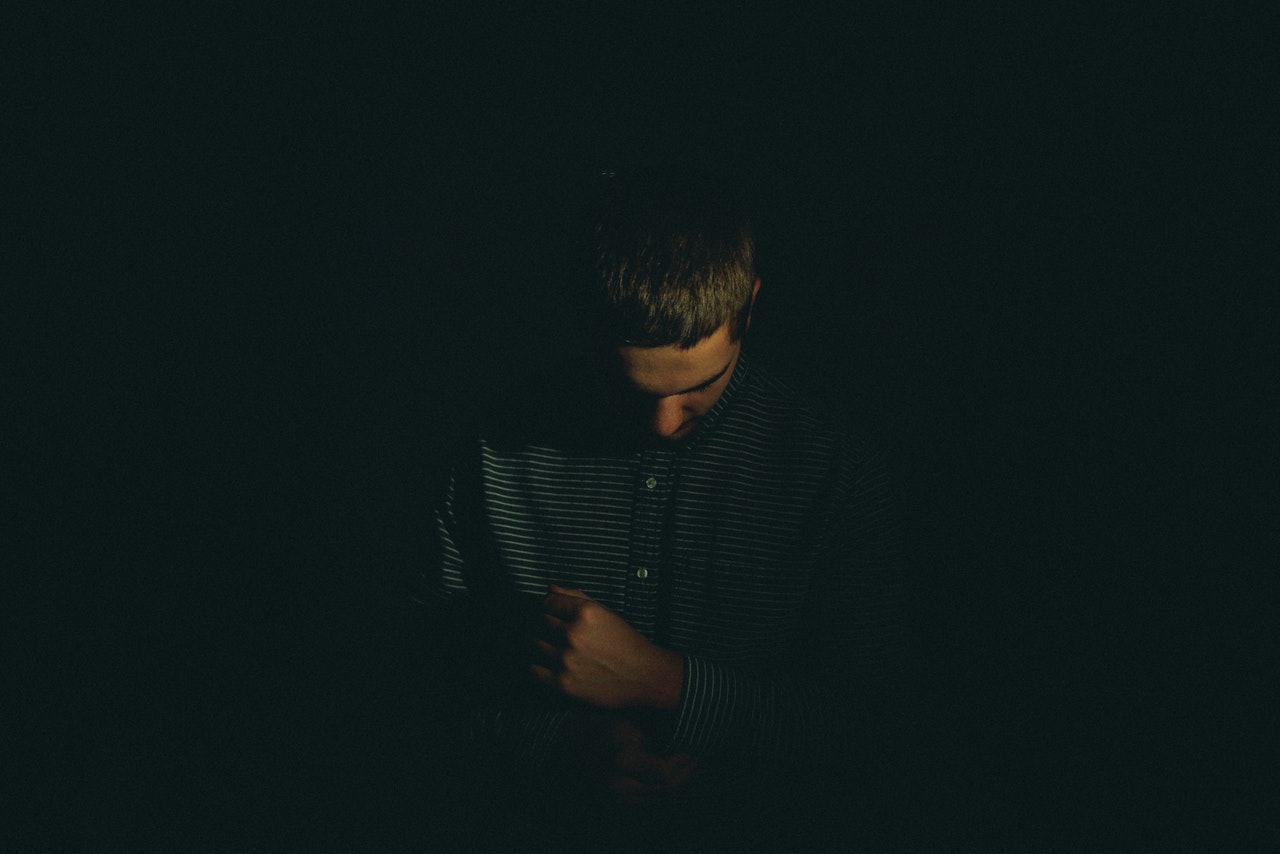 Aitijya Sarkar is the founder of thewallandus.com – A place dedicated to cater to the lonely of the world. He believes loneliness is an entirely toxic feeling and no one should have to go through it alone. You can reach him at admin@thewallandus.com or visit his Facebook page to know more about his organization.