There has been black ice all over the roads in Connecticut this week. Even as I type these words onto my laptop, I’m looking out the window and seeing another fresh coat of snow. I know it’s going to turn to ice before the sun goes down.

It started with coming back last Sunday from Ken MacArthur’s jvAlert in Philadelphia. Two hours to get out of the city limits with all the accidents and construction. I didn’t love it, but I didn’t fear it either. Traffic was moving slowly enough so that it was an inconvenience, but not a danger.

It was when I hit the highway, and traffic moved to faster speeds that I started “white knuckling” it. All the way to that service area on the New Jersey Turnpike.

It reminded me of something I saw six or seven years ago as I headed over the border from Connecticut into Massachusetts on Interstate 84. The driving conditions were similar, except there weren’t a lot of cars on the road. It was beautiful to look at: white and pristine.

There was a car ahead of me. It was traveling too fast for the road conditions. Maybe it was a new driver. Or maybe the driver was paying for attention to the radio or the scenery than the road. Or any number of other things.

But I watched the skid. The car was all over the road. I’m talking a major slide on the black ice.

I watched the car turn backwards, then forward again, then sideways, then diagonal. It veered from the left side to the right and back again. Totally random, except it kept heading forward.

I watched with a mini version of the dread the driver must have had. A total lack of control. Waiting to see how it would end. In a ditch? Rollover? A crash into another car in front of it? Explosion?

For about thirty seconds and half a mile that driver had absolutely no say in how his or her life was going to turn out.

And then somehow…the car regained its traction. It proceeded forward.

Having slowed way down…to about 25 miles an hour, I watched it happened from more of a distance. I never passed that car. I didn’t see it stopped in the road. I don’t know if the driver got off at the next exit.

What goes through someone’s head when they are staring at their own death? What happens when they realize they survived?

Depends on the circumstances, I guess. I don’t know if he or she broke down sobbing. Or screamed. Or called a loved one. Or got down on his or her knees in prayer. Or bought a lottery ticket. I never will know.

But a bit of me stayed with the driver that day. The awareness of what was coming. From that day, I have never skidded on an icy road at more than ten miles an hour.

When I drive on an icy road – when I finish publishing this article and drive across town – I keep an awareness of how much unfinished business I have. Family and friends who love me and rely on me.

Influence I’ve built up with clients and students.

People who are ready to plant their knowledge, skills and wisdom into me. I know…there’s an awful lot I don’t know. And someone will be blessed by what I am ready to receive…and give in exchange for it.

It’s been a good time, on the whole. If today were my last day on Earth, I’d be disappointed. This life, this body, this personality these circumstances have been pretty good to me.

But there’s the larger part that knows I am connected to source. The journey is infinite, even as circumstances change.

It’s been a good time, on the whole. And though I’d rather not check out yet, I’m glad I’ve been playing fairly big up to this point.

And of course it’s a reminder to be smart, and careful. Do not take for granted the resources you’ve been given. Because in a balanced, self-correcting world, they get taken away pretty quickly.

But don’t crawl in a hole either. As has been said many times, the riskiest thing you can do is not take any risks.

Be smart. Be careful. But be bold.

Right your vehicle and keep on moving! 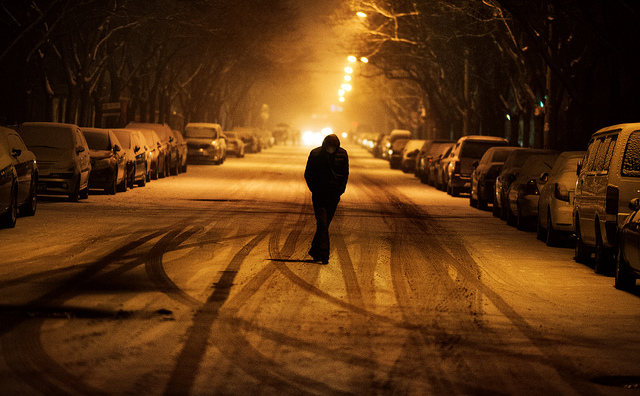 30 thoughts on “A Life Changing Experience on an Icy Highway”