“Life isn’t just to be endured, it’s to be enjoyed.” ― Gordon B.Hinckley

It wasn’t apparent the moment the Hawaiian Airlines jet touched down on the tarmac at Honolulu International Airport, but it didn’t take many days to realize that Hawaii has a split personality. The first is tourist-driven – umbrella drinks, brightly patterned shirts, surfing lessons, a beachside luau, and maybe a touch of sun-poisoning thrown in for good measure. This face of Hawaii is pragmatic, realizing that her best natural resource is the tropical climate and natural beauty that summons tourists by the millions annually on a journey to up-end their wallets and shake out a generous serving of cash for the local economy.

But for those willing to seek, the state has another face, this one older, spiritual, and lurking in the shadows just outside the easy flash of strolling Kalakaua Avenue. That’s the one I came to love. It’s also the one that lodged somewhere in my brain, followed me home to Illinois, and changed me forever. Here’s how.

Back in the 1960’s, surfers in town to catch big waves off Diamond Head noticed the locals using a strange hand wave now called the shaka sign. It was a funky little acknowledgment of the aloha culture that permeated the Hawaiian islands. It became part of the “hang loose, dude” way of life that attached itself to those longboard riders of yesteryear. But living the aloha way is more than a shriek of joy after successfully navigating the Banzai Pipeline with limbs intact.

In short, there is a deeper meaning to aloha and it came to mean something to me.

For centuries, the spirit of aloha has guided the interactions of Hawaii inhabitants with the natural and human world around them. It’s a code of ethics. It’s a Prime Directive. It’s a recognition of the concept of God (or whatever name you choose to assign) living in all of us. Aloha is about doing right because it’s the right thing to do, an idea sometimes difficult to keep in mind when taking another white-knuckle ride on the morning commute to work.

The code of ethics behind the word aloha could be translated as: “Come forward, be in unity and harmony with your real self, God, and mankind. Be honest, patient, kind to all life forms, and humble.” I intend to do a lot better on this front going forward. This world could use more aloha and less dog-eat-dog.

The US mainland seems to have one speed – wide freakin’ open. What’s it good for? Stress, for one thing. Add to that road-rage, ulcers, heart palpitations, insomnia, exhaustion, poor relationships, out-of-shape bodies, and the list goes on. In short, a low quality, fast-paced life has become the norm in our world.

What I quickly noticed about the Hawaiian pace of life, once I wandered outside the big city of Honolulu – which seems to be getting a little too mainland frantic for my tastes – was a slow, relaxed way of life that likely requires fewer trips to the doctor for a Xanax refill.

What is it that drives us to seek out islands around the world in the first place? For some, it’s a way to avoid extradition. Others want to drink themselves silly and behave like they’ve re-entered adolescence. I like to think these are the minority.

For me, it’s about a comfy hammock at sunset and time to just breathe. Why did life evolve at a more leisurely pace on Hawaii? Was it the heat of eternal summer? The hypnotic roll of ocean waves over sand? The soothing rattle and scratch of palm fronds riffled by gentle breezes? Turn the iPhone off and the real conversation up. I’ve learned to enjoy a glass of wine with the fading remnants of the sunset rather than the television’s unholy glow. Live a life of measured existence instead of mirroring the path of a madly careening pinball. These are new old ideas I brought back from the islands.

I blame hula kahiko, the ancient style of the traditional Hawaiian dance, for forcing me to face the reality that my fast food-propelled way of life had transmogrified my formerly fit figure into something more resembling a gelatinous sow.

It’s true. Tourists get one version of hula (hula auana), a flowing, relaxed presentation typically accompanied by ukulele, guitars, and other modern instruments. But hula kahiko is an entirely different beast. It’s fast, frantic movement driven only by chants and a variety of drums. Born of ancient religious rituals and requiring the kind of strength and agility not normally developed slumped inside a cubicle eight hours daily staring at a computer terminal, a chance hula kahiko performance plugged me back into the natural world with a vengeance. I realized that adulthood had shifted my compass.

Once in Hawaii, I couldn’t remember the last time I felt grass underfoot. Hawaiians, the REAL Hawaiians that populate the small towns and countryside throughout Oahu, the Big Island, and the rest get it. From what I can tell, they never lost touch with the human/nature balance.

It’s been a year since I debarked that jet plane for two weeks in the tropics. Is it too cutesy to say it was a life-changing experience? Heck, I’ll say it anyway. The islands taught me more than I expected. I’m a lot happier these days. And while the rats continue racing frantically all around me, I’m proud to say I’m quite happy ambling along in the slow lane now. 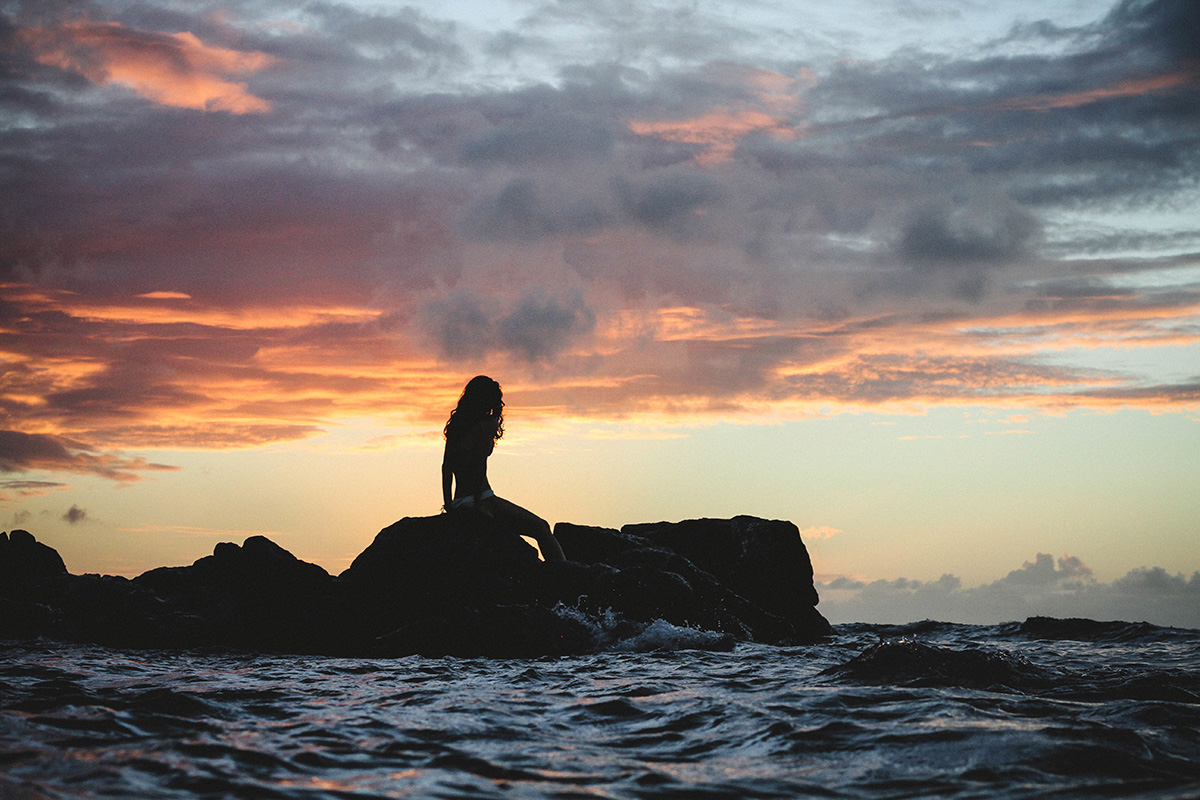 Heather Reading is an avid reader, freelance writer, coffee snob and a tech enthusiast from Aurora, Illinois. When she is not working, Heather enjoys swimming and hanging out with her friends. You can reach Heather via Twitter.