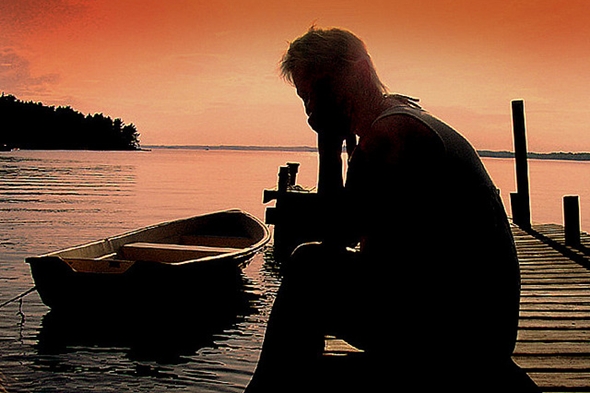 I have never been one to watch the news. This isn’t because I hate it or that I’m depressed by it, although those would both be accurate assumptions. It’s because I don’t need to. Every night, it is my certain destiny to receive a call from my mother, who dictates a new list of Things I Should Know. The list, arriving with the same reliability as the morning sun and post-breakup weight gain, is one that my mother hopes will ignite paranoia – the kind that will keep me securely located inside my house.

Mom: “Have you ever heard of that Craigslist? I don’t even know what it is, but I guess it’s something to do with the internet.”

Mom: “Well, you don’t use it DO YOU? [as if it were some sort of risky, new diet pill] You know there’s a serial killer who’s been stalking women on there. It’s been all over the news.”

Me: “Mom. That could happen on any website. I’m not going to meet someone off the internet for goodness sakes. So, is dad feeling better?”

Mom: “Well, I’m just saying, they have ways. I’d sleep better if you just didn’t use it. Can you just tell me you won’t use it?

Mom: [sigh] “I knew it. I always said the Internet was going to be the downfall of society. Well, I’ve got to run – oh and don’t forget to avoid pistachios – they’re all infected with Salmonella. By the way, your dad is fine.”

With that being said, I had been clued in that we might be headed for economic “tough times.” Of course, being the product of a generation who has grown up with plasma TVs and Hummers, it never occurred to me that severe problems might actually materialize. Although my grandfathers may have told me long-winded stories about bread lines or storming Normandy Beach, they seemed merely out of touch, historical tales.

Nonetheless, with all the chatter surmounting, I thought it couldn’t hurt to take a brief inventory of my own situation. I had a stable banking job, where my boss was fond of me and I had also just received a promotion. I owned my home, which I could now comfortably afford. And as a result of my overwhelming fear of lengthy commitments, I had no children yet to care for. I was in pretty good shape, and as far as I knew, unicorns would continue to prance about my seemingly perfect life.

Speaking of my job, my boss was very fashion-forward. His shoes always matched the particular shade of leather on his belt, even if it was some obscure off-white color. Mesmerizing, really. In fact, I couldn’t stop thinking about how well-coordinated he was when he brought me into his office and told me it was my last day. And before I could say, “Wait, I didn’t know today was April 1st?” I was ushered out the back door like some sort of convict.

I was among the first of hundreds. Having never lost a job before, I remained in a constant state of astonishment for the better half of a week, until slowly making the transition into apathy. I stayed in my room with the blinds closed, wearing sweats for nearly a month. Every once in a while my fellow un-showered and jobless friends would pay me a visit. Slowly, we ate every ounce of Hamburger Helper and leftover holiday candy that I had previously hidden from myself in an attempt to get my body ready for summer. Apparently, I should never be in charge of hiding things because I found that stuff faster than my mom could toss me a Handy Wipe after touching a grocery cart. Every horrendously sappy and predictable chick flick in my garage sale box somehow made its way into my DVD player. Twice. In between movies, we would glance at each other briefly, to say, “Seriously?” and then quickly resume our silence. Every now and then, a conversation would take place:

Friend: “I really need a glass of wine.”

Friend: “Not even the fake kind that comes in a box?”

As the months accumulated, so did the internal questions. Eventually, I came to the conclusion that the answer to all my questions was “yes.” Yes, I had seriously lost my job without warning and for no apparent reason. Although that discovery marked significant progress, it led only to Insomnia and panic-ridden thoughts of what I could have done better. Furthermore, what am I going to tell everyone? Later on, more pressing concerns arose. Was I going to lose my house? Will I have to file bankruptcy? Wait. Am I going to have to cancel my CABLE?! Then, in the midst of all those pending obstacles, came the most frightening of all discoveries: I was completely on my own.

Being a single woman, tip-toeing around a mystery milestone, I now had more to worry about than how I should appropriately address the question, “For craps sake, why aren’t you married yet?” without telling someone to jump off a short cliff. I was overwhelmed by all of the things my mind was trying make sense of. The job search in Illinois was anything but promising, and I found myself getting dizzy from the spiraling depression that had overtaken me. But depression, many times, is a part of the process – the path we must inevitably navigate when faced with a major change in our lives. The problem is that we all try to disguise how we feel as not to be deemed weak, ungrateful, or clinically insane. But those are real emotions, and you’re not the only one. Everyone says change is good, but when you’re in the midst of the change –that is a bunch of B.S.

Many, many Mondays and panic attacks later, I had an epiphany that I might actually be okay. Although parents often feel like their kids are never listening, luckily, mine kept talking anyway. Sandwiched in between pistachio warnings and the Craigslist serial killer crisis was valuable advice that I had managed to absorb including: don’t live outside your means and credit cards are a plastic manifestation of the Devil. Had these values not been instilled in me, I would not have been in the position to save my home, my credit, or my sanity.

As time kept passing, many things transformed: my lifestyle, my spending habits, and my attitude. Christmas presents from my mother even changed from cutesy picture frames and sequined pillows to toilet paper and Windex. But the best thing that came out of my loss and the depression that followed was the rekindling of my relationship with writing. It is, after all, the only thing I have ever truly loved, besides Johnny Depp, who has yet to respond to any one of my desperate attempts at a relationship. I’ll never understand what he sees in that perfect French model, who bore his nauseatingly beautiful children.

For as long as I can remember, I had wanted to pursue writing but never found the courage or more importantly, the time. Isn’t it ironic how we can never find time for the things that we can’t live without? Well, thanks to the economic crisis, I had endless time… and no excuses. The moment had come for me to move past the fears of rejection, the apathy, and the self pity to make use of this unlikely gift. The gift of time.

Harnessing all the guts I could find, I started applying for writing jobs. Oddly, I actually got some. Wait, what? But that was so much fun… why are they paying me? I was both perplexed and excited to think that I could possibly support myself doing what I loved. And today as I write this, nearly a year later, I can say that pursuing my life dream has gone better than I could have hoped for. Has it been a struggle? Absolutely. Is it still a struggle? Definitely. But there hasn’t been a solitary day when I didn’t wake up and thank God that I lost my job for no apparent reason. Truth be told, I hated it anyway.

And truth be told, there was a reason.

Photo by Per Ola Wiberg ~ Powi

Britteny Elrick is a writer, photographer and lover of bluntness. If creativity, ADHD, paranoia and awkward situations had a  baby, it would be her life. And she writes about that life on her blog Blunt Delivery.

17 thoughts on “Losing Your Job to Live Your Dream”