“No man is an island,
Entire of itself,
Every man is a piece of the continent,
A part of the main.”
– John Donne

My father was an angry man. I never understood what made him angry, but I did manage to pick up on it. As a result, I entered adulthood with my own anger issues and ill-equipped to know how to deal with them. For a long time, I didn’t.

For years, I avoided the “L” word, the “M” word, and the “C” word – Love, Marriage, and Children. They may have been okay for others, but not for me. I had other things to do.

I’m not sure what motivated me, except fear. I rationalized my bitterness, putting up a front that I was perfectly content living alone, being alone, staying alone. Truth is, I was lonely, bitter, and destined to stay that way. Then one day, I decided to make a change. I began to look for a wife.

It wasn’t easy. I had no clue about dating – what to wear, what to say, how to say it. I was a social dunce. But I made the best effort I could.

I once took an interest in a young lady who was a property agent for an apartment complex. I asked her a couple of questions about herself and flirted a little, but I thought I was being a bit reserved. I later found out she told a mutual friend that I was “obnoxious.” Such incidences were common in my world. It perplexed me to know the harder I tried the less adept I became at getting people to notice me in a meaningful way. I didn’t even know what I was doing wrong.

After a failed engagement with another woman, I turned to online dating. At least I was doing something other than wallow in self-pity.

Theresa and I met at Bennigan’s. Our few text sessions and phone conversations led me to the comfortable realization that I could make social connections work. She hadn’t run screaming yet, so I was making progress. When I entered the restaurant, she jumped up with a big smile on her face and gave me a hug. I wasn’t sure what I did right, but I liked it.

She was a divorcée with three children – all girls. The oldest, 16, had a 3-month-old baby boy.

That was 11 years ago. Elizabeth, my oldest step-daughter, now has three children. She is a single mother doing the best she can to keep her world in order and her children on the straight and narrow. Leah, her younger sister of three years, is almost Elizabeth’s opposite in every imaginable way. She is currently planning a wedding for June and has asked me to walk her down the aisle, an honor I will share with her natural father. We are not your typical family, but we are happy.

An old Chinese proverb says, “A journey of a thousand miles begins with a single step.” This nugget of wisdom has been attributed to the ancient philosopher Lao-tzu. It’s much more profound in its origin than its translation gives evidence for. It may be more correct to say “The journey of a thousand miles begins beneath your feet.” In other words, destiny begins with action.

No one gets anywhere being still. Sitting or standing where you are and hoping for change is the surest way to be disappointed. I have learned that if I want to go somewhere, then I must cast aside fear and take the journey. No one else is going to move my feet for me.

Are you uncomfortable enough with where you’re standing to make a move? If not, what will happen if you take a step? 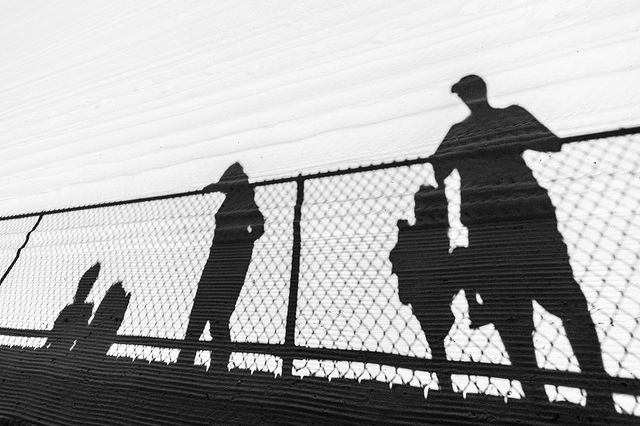 Allen Taylor is a freelance writer, commercial blog manager, and award-winning poet and fiction writer. He is the publisher at Garden Gnome Publications and assists other authors with digital self-publishing. He invites you to read his online memoir at Taylored Content.

18 thoughts on “How I Lost Myself And Gained A Family”

"What changed? I stopped doing things alone and i

"During this trip, I learned a lot about myself be