In one respect it seems like ages ago, but in another it feels like it was just yesterday. There I was in my perfect little life, in a career that I loved (I was an enforcement officer for our court and a Reserve Lieutenant for our local Sheriff’s Department) and I was also in a relationship with the man of my dreams. My life was complete.

One night while relaxing on the couch, my then-boyfriend who was then a full-time student with two more years of classes before earning his degree told me that he had been offered his dream job. In California. Twenty-five hundred miles away from our hometown. And not only did he want to take it, but he wanted me to go with him. To say that my head was spinning at the news is an understatement.

I remember enduring many sleepless nights and longer-than-ever days as I considered what my life was about to become. No matter what my choice, it was going to change. If I decided to go with him, I would face unfamiliar surroundings, the task of finding and securing a new job, and having no friends or family at my side to make it all better.

On the other hand, if I stayed, I would lose the one man that I had prayed to God every night for. Either way, I lost. Or so I thought.

After literally months of struggling with my decision (he had already taken the job and was living in California), it suddenly hit me that I was never going to be happy if I didn’t change the way I was looking at this situation. Once I did, everything started to work out and I can honestly say I’ve never been happier!

So, what did I do that you can too if you’re faced with a major life change of your own?

1. Consider Both Sides of the Fence

When I first thought about moving thousands of miles from the place I’d always called home, all I could think about was what I was going to lose. I’d lose my job, my friends, having my family nearby, and basically everything else I had considered part of my everyday life. It was overwhelming to say the least.

However, once I decided to consider the fact that I could also gain from this experience and spent more time concentrating on those types of things, it’s like my attitude switched completely. Instead of dreading the whole situation, I actually began excitedly dreaming about the new areas I’d visit, the new experiences I’d have, and the new friends I’d make along the way.

It’s kind of hard to explain, but it was like everything became possible and I no longer had limits. I could be anyone that I wanted to be and it was all within my grasp. It was an exhilarating feeling that still makes me smile from ear to ear every time I think of it.

Exercise: Think about your particular life decision and consider not only what you stand to lose, but also what you stand to gain should it happen. Granted, this may be difficult, especially if you’re truly dreading whatever lies before you, but every situation has a positive side. Find it and give it full consideration so that you make your decision only after looking at all possible angles.

2. Keep It In Perspective

If you’re faced with the possibility of making a major change, it is easy to think of it as being larger than life. You imagine that you’re standing in front of this huge, immovable mountain and you can’t see any way over it. It’s almost like you’re doomed before you even get started.

However, if you keep it in perspective, you’ll begin to see roads where none existed before. For me, this meant realizing that close friends and family would always be close friends and family, no matter how many miles existed between us as long as we kept in touch. So, even though it initially felt as if I was “giving them up” to move across the country, the reality is that I wasn’t. They would continue to be there for me, just like they had when I lived in the same zip code. It was just that we wouldn’t see each other as often in person, but there was always Skype and other options that would allow us to stay in contact.

Exercise: Take whatever change you’re currently faced with and be honest about the realities that it presents. You’ll likely see that it isn’t quite as dire as you initially thought. Plus, this also gives you the chance to think about how you could realistically make the change work for your benefit if you decide to take that particular route.

Perhaps the worst thing about making major life changes is that they plunge you into the land of uncertainty. You quickly lose the comforts of the world as you know it and you’re no longer as safe, secure, and sure as you once felt. This is where having a little (okay, maybe a lot) of faith comes in real handy.

Besides, sometimes you need to make changes in your life even if they scare the hell out of you. As it is often said, if you don’t spend some portion of every day feeling somewhat scared and uncertain, then you’re not living your life to its fullest potential. The key is to use that nervous anxiousness for you versus letting it deter you from some amazing opportunities that may come your way.

Sure, you might not take the same path you envisioned and, oftentimes, life will send you on some pretty crazy detours. But, as my husband always says, “never waste a crisis.” In other words, keep the faith that you will prevail regardless of how bad it seems and find some way to stack the cards in your favor. Do this and you will likely end up on top.

Exercise: Remember back to a time when you thought things wouldn’t work out, but they did anyway. Believe that things will go the way they should as long as you make the best decision you can at the time. This will give you a little sense of calm in what is often a stressful and anxiety-provoking time.

Being faced with a major life decision doesn’t have to be a bad thing. For me, my choice to take the leap and make this huge life change has been an absolute blessing because now I get to help people change their lives for the better and on a larger scale. 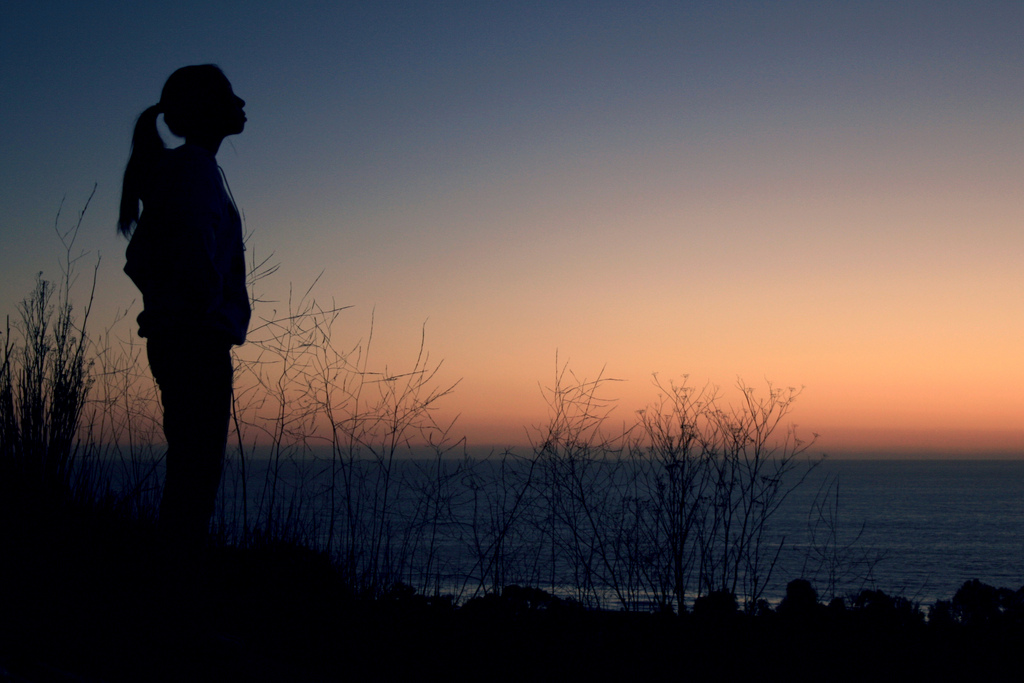 Christina DeBusk is a freelance writer, motivational speaker, and life coach with one goal: to help others live better lives! You can learn more about her services and how she can help you at christinamdebusk.com