The first time I meditated was over 13 years ago. The reason I started? I had a serious anxiety problem that was accompanied by weekly panic attacks. I visited a doctor. He thought there was nothing wrong with me, as if the problem was all in my head. But to me, the fear and panic of feeling like I couldn’t breathe was very real. So I started meditating. Not because it was my first choice, but because it was my last. I had no other options.

For the next three years, I meditated every day. And to my surprise, the anxiety I suffered disappeared completely. This story, however, is not what I’m going to share with you today. Instead, I’m going to tell you about why I returned to an every-day meditation practice eight years after my anxiety disappeared…

I was 30 years old and living in Thailand. I had followed my girlfriend over from the states the previous year, as it was far too difficult for her to stay in the US due to immigration laws. For me, I had backpacked through Thailand a few years prior and was up for the adventure. However, the reality of living in a foreign country was much more difficult than I expected. Especially, since I came over with only a few thousand dollars saved, and quickly fell into debt within my first few months.

To survive I took a job as a teacher. After about nine months, I finally started to pull myself out of debt. Unfortunately, that’s when things took a turn for the worse.

There was a conflict between myself and the administrative staff at the new school I was placed at. I’ll spare you the details, but essentially we had a serious disagreement over the required workload. I refused to cooperate and, because of this, my job was now on the line. What made matters worse was my visa was attached to my job. Meaning if I got fired, I could also get kicked out the country…which leads me to the dilemma with my girlfriend.

Our relationship was crumbling

The stress from my job and visa poured into my relationship with my girlfriend of two years. I was unhappy. And in hindsight, I took out my personal frustrations on her. I’d overreact over little things. If she teasingly called me a name, I’d become infuriated at her. If the subject of money ever came up, it always ended in an argument.

Worst of all, I’d gotten in the habit of lecturing my girlfriend whenever she did something that irritated me—I’d sit her down, very thoroughly explain what she did wrong and then scold her much like a parent does to a misbehaving child. As you can imagine, this did not go over well. Reflecting on this today, I’m shocked she didn’t dump me. Although she came close…

One night after I had berated her over a disagreement on splitting the bill for some candy bars at IKEA, she said, “I’m not sure if this is going to work out between us.” Stupid reason to argue. I know that now. And looking back, this is the point I began to realize the problem wasn’t her—it was me. I needed to change. I just didn’t know how.

So as I had done over a decade before when I felt hopeless about my anxiety, I turned to meditation.

How meditation transformed me

Results didn’t happen overnight. In fact, during that first week of every-day meditation, another argument flared up between my girlfriend and I. It wasn’t until one week of meditating turned to two, and then to a month, that my perspective slowly began to change. And it began with my job.

On the surface, there was nothing that changed at my workplace. The conflict between the school administration and myself still existed—nothing had improved. What changed was the way I looked at the situation. One day in meditation, I suddenly realized I had 3,000 dollars stashed away in my US bank account. You see, before I left the states I had put this money aside for when I permanently returned to the US. Up until now, I always thought of it as off-limits and never considered using it to get myself out of a jam if I really needed money. “But why not?” I thought to myself. If worse came to worse and I got fired, I could survive on that money while I searched for more work. This realization brought me immediate comfort. My situation wasn’t actually as bad as I imagined.

This was just the first instance of how meditation helped me see the bigger picture. And now that I was less stressed about work, my relationship began to improve. Two months passed and my girlfriend and I didn’t have a single argument. This wasn’t just due to the drop in my stress levels, but also to another transformation that was taking place: my behavior.

One of the first things I noticed after returning to meditation every day is that lecturing my girlfriend over disagreements had an incredibly damaging impact on our relationship. If we were going to avoid a breakup, I knew I needed to change this behavior.

Now when most people think of making a change in their life, they think of taking action. In my situation, though, I did exactly the opposite. The action I was taking WAS the problem. And meditation helped me realize this. So as disagreements continued to pop up in my relationship, I suddenly had a heightened awareness of them.

When my girlfriend asked me a question that irritated me or if we disagreed on something, I still felt a strong impulse to overreact and berate her. In fact, the intensity of my internal reaction felt stronger than ever because I was now highly aware of my emotions. I could feel my blood boil and my body tense up. I wanted so bad to tell her she was wrong and that she needed to improve. But deep down inside I knew it was a mistake to act on these feelings…it was incredibly difficult, as part of me felt I needed to address every little problem in our relationship, as that’s what I’d always done. But, I had been down that road. I knew where it led. The problem wasn’t her, it was me.

So instead of reacting, I’d just experience my feelings—and not act on them. I’d let them be. Sometimes the feelings of irritation and anger would last for hours. But they would always eventually go away. And once they did, I could reflect on the experience with a clear mind.

As months passed, the impulse to scold my girlfriend became less powerful. I finally started to see that all these little disagreements we were having, were actually not that big of a deal. I learned that in a long-term relationship, it’s important to choose your battles wisely. And I also learned that we’re all human. My girlfriend makes mistakes, just as I do. If she forgets to pay the electricity bill and we have to pay an extra fee because of it, there’s no need to make her feel bad. No one is perfect. And if I were her, I would hope she would be able to see the humanity in me as well, and not hurt my feelings because I made a mistake.

Meditation also helped me realize I needed to improve my communication skills. I bought several books on the topic, including The 7 Habits of Highly Effective People, Communicating Effectively for Dummies, and Getting to Yes. Slowly the way I thought about communication began to change. I learned that it’s important not to dwell on a problem. If faced with a disagreement, I instead began to address the issue as concisely as possible; then focus on the resolution.

If I could sum up how meditation saved my relationship in one word it would be, “perspective”. Meditation helped me see the bigger picture. And not just in terms of how I shouldn’t sweat small disagreements, but also in terms of who I am as a person. I realized I could become so much more. I could become more understanding, a better communicator. I did not have to be the same person I was yesterday—I could change my behavior.

Meditation enabled me to become highly aware of my thoughts, feelings, and actions. As they say, the first step to making a change is to realize there is a problem. And without meditation, I would have likely never gotten to the root of my own dysfunctional mindset and behavior. I doubt my two-year relationship would have survived.

Today, my girlfriend and I have now been together for over four years, and our relationship has never been better. We are both happier, more connected, and much more well-off financially. Disagreements, of course, still happen. But they are handled with respect to the other person’s feelings.

As for you, the reader, I encourage you to give meditation a try and not wait till you have no other options. An every-day practice can have a tremendous impact on your state of mind, bringing more perspective, peace, and clarity into your life along the way. Meditation has truly transformed my life, and I’m certain it can do the same for you.

What’s your experience with meditation? Have you ever tried? If so, what results have you experienced? 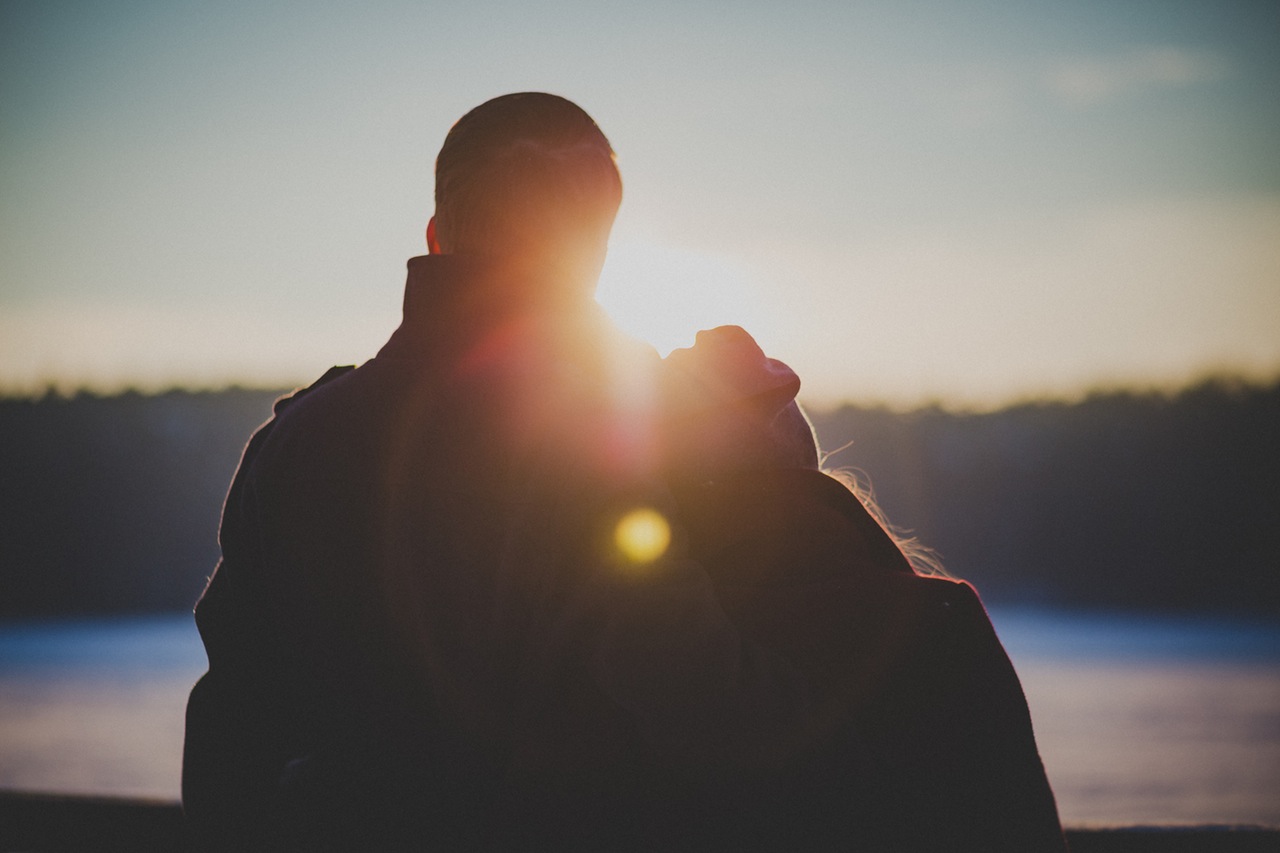 John Weiler has practiced meditation for over 13 years and is the author of An Ordinary Dude’s Guide to Meditation. Learn more at his website www.ordinarydudemeditation.com/book

11 thoughts on “How Meditation Saved My Relationship With My Girlfriend”