Technology is a marvelous thing. In an always-connected world, if we hit a problem with a piece of software or a gadget – the manufacturer can issue a patch or a firmware upgrade to solve the problems.

When it comes to humans, however, fixing our problems isn’t as straight forward as downloading an upgrade, plugging in, and re-synching.

If we were able to upgrade our ‘personality firmware’ however, here’s how I think it might look, with the ‘Personality 2.0’ firmware release notes!

Personality 1.0 was known to become overwhelmed with pressures and stresses, resulting in avoidance, procrastination and shirking of responsibilities.

Personality 2.0 allows the user to face perceived stresses and pressures head on, as soon as they are recognised, so that they can be dealt with as quickly as possible. The new software uses interfacing with friends to discuss stress so that the user is better equipped to deal with stress, eliminating procrastination.

In 2010, I was too quick to feel defeated and overwhelmed by the things that stressed me out. In 2011, I plan to deal with my stress honestly and up-front as soon as possible, and to use my friends for support.

Personality 1.0 was flawed as it suffered from excessive negativity, hampering productivity and happiness and resulting in increased stress.

Personality 2.0 gives the user a positivity upgrade which forces the personality to consider the bright side of life, cataloguing the user’s blessings and creating increased contrast between the positive and negative.

This year I am pledging to be a more positive person, and I plan not to dwell on my perceived shortcomings. My attitude in 2010 was holding me back and having a detrimental effect on my life. In 2011 I plan to smile more, seize more opportunities and attempt to look on the bright side of life.

The new firmware (Personality 2.0) features better tracking of appointments, spending and deadlines. The fixes will allow for more efficient management of money by creating savings and employing new financial classifications.

Many of 2010’s stresses came down to poor planning on my part. Surprise expenses like car repair bills wouldn’t have been so stressful if I had money in savings to pay for it, or if I had changed my attitudes to credit cards which might have been appropriate at the time, had I been better educated about them.

Personality 2.0 features increased connectivity with peers as a result of an upgraded networking infrastructure. The fix allows better connections to friends and family via the network.

In 2010 I wasn’t a great friend; I did not make enough time for my friends and made excuses for not attending social events. In 2011 I plan to make sure I see my friends more often, get more involved in the lives of my friends and offer to help them out when they need it.

It might not be as simple as fixing a bug in a piece of software by upgrading the firmware, but thinking of your personality in terms flaws in a previous version and the fixes you would like to see in a firmware upgrade is a fun way to think about what you would like to improve about yourself, given the chance.

Right, I’m off to download the latest firmware – wish me luck! 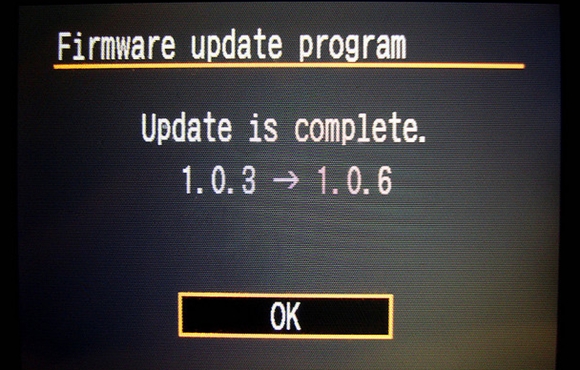 Mark Hooson is a journalist-turned-copywriter who enjoys music and the web. Mark writes for the financial team at Moneysupermarket.com about savings, balance transfer credit cards, and debt.