The first time I met my father-in-law, Bill, I had blue hair and had just gotten through a tough divorce.  I had very different political and religious views than he did.  My future husband and I had only been dating a few months, but we had already moved in together.  My husband, afraid that his parents would not approve of me, sent them a stern email about how they should treat me with respect.    Clearly, this was not an ideal situation for meeting anyone.

And yet, Bill and I got along from the very start.  He had a quick smile and wit that I recognized in his son.  He gave me a hug next to the airport luggage carousel, blue hair and all.  Despite our differences, we had a very great relationship, one that would expand and grow as I got to know him over the years.

Perhaps my favorite thing about Bill was his playfulness.  He had a tradition of golfing with his sons whenever they got together.  He was absolutely thrilled when my daughters were born and he became a grandparent.  He loved doing art projects with them, up to and including pink paint and glitter, and he would often still be fiddling with crayons long after the girls had given up.  I had the pleasure of being with him on his first trip to Disneyland, and he easily had as much wonder and excitement as the kids at meeting Mickey Mouse for the first time.

My Father-in-Law, Bill, Doing Artwork with My Daughter

When Bill’s energy started to fade this summer, we all became concerned.  He came to visit my family in Oregon, and he was very tired.  He spent less time at the table with paint and more time in bed.  Instead of dancing around with the kids, he watched and snuggled with them afterwards.  We all knew something was wrong, but we were waiting on test results and hoping for the best.

When he returned home, we got the worst news possible.  Bill had stage 4 pancreatic cancer, very advanced and untreatable.  He was given months to live at most.  He could barely get out of bed and experienced constant pain.

Here was a man who had every right to feel full of self-pity and anger, but Bill never gave into that.  As always, his main concern was about his family.  He wanted to make sure his wife of 38 years would be okay.  He wanted to see his sons.  He asked about his grandchildren, who couldn’t visit him at the hospital.  Although his body language betrayed what he was going through, his words remained as normal as ever, even joking sometimes.

Bill didn’t get months to live.  After his diagnosis, he only lasted a few days.  Suddenly the family was planning a funeral.  Everything that happened in the aftermath of his death is a blur to me, save one thing: his love.  People from across all areas of Bill’s life –from his childhood to the present – came out to give condolences and support.  Co-workers from decades past dropped off food.  Family members whom he’d treated like his own children drove hours to give their last good-byes.  And even in this intensely sad time, I learned more about his playfulness.  He made a work training video in which he starred as “Mr. Danger.”  He celebrated co-workers’ birthdays with homemade chocolate cheesecake.   He told a child that he was a giant that could stomp his footprint into concrete.

Bill meant a lot of things to me, much more than I can express in this one article.  But if I had to summarize, it would be this: no matter what the circumstances, you can always be true to yourself.  You don’t have to let fate or circumstances dictate how you live your life.  You can live each second to the fullest, even if it’s your last.  And if you love, it can be felt far beyond the time you have on this world. 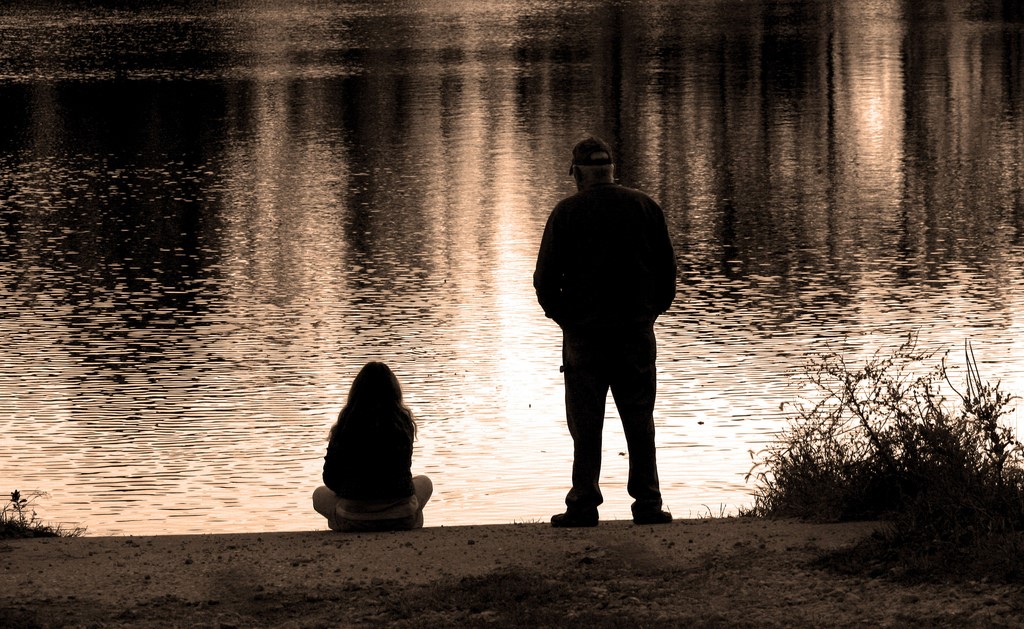 9 thoughts on “One Last Lesson from my Father-in-Law”