My whole life I’ve had this great dream. I wanted to run two miles around a track.

Every morning I’d get up at the crack of dawn and walk to the track. On arrival, I’d sit in the bleachers hesitating, sometimes for up to a half hour wondering whether I should get on the track and whether I had the energy to run.

I’d finally generate the courage to walk onto the track and start running, except as soon as my legs started to move I’d begin wondering if the effort was worth it.

Actually, I’ve been practicing the above for the past 15 years and not once have I fulfilled my goal of running all eight laps successfully. It’s crazy because if I would simply accomplish this goal I’d feel a sense of accomplishment and joy no words could describe.

If only I’d commit myself.

The story above demonstrates how insane and energy depleting sitting on the fence is. It’s not a logical choice and will prevent you from reaching your true potential.

Why Sitting on The Fence Depletes Your Energy

Dr. Wayne Dyer has referred to ‘inspiration’ as ‘being in-spirit’.

We’re most in spirit when we’re acting true to our identity. When we sit on the fence we’re lying to ourselves because we already know the direction we want to travel; we’re simply hesitating. The scary thing is that some people will sit on the fence their entire lives, never achieving the goal they’ve set for themselves. What a waste of time and energy!

When you’re sitting on the fence you certainly aren’t ‘in-spirit’. You’re ‘in conflict’ because you’re giving energy to both sides. Conflict demands enormous energy to sustain. There’s no peace in conflict.

Spending your whole life being lukewarm about your goals is probably not the life you really want for yourself.

“After making a true decision, even a tough one, most of us feel a tremendous amount of relief. We’ve finally gotten off the fence! And we all know how great it feels to have a clear, unquestioned objective.”

The Price of Indecisiveness

While it’s true that making a decision and sticking with it can demand tremendous energy, it can’t compare to the endless energy depleted from doing something with a lack of commitment over and over again never reaching the intended target.

When you’re not making a true decision characterized by true commitment, you’re sitting on the fence, setting yourself up for failure. The efforts you continuously invest into half-hearted attempts are not serving you well.

If you’re going to exert effort anyways, why not go all the way and actually get what you’re seeking? Isn’t that the reason you’re exerting effort to begin with?

It’s also worth recognizing that when you’re fully committed to what you’re trying to achieve and you make serious progress, this boosts your self-esteem instead of diminishing it.

The point of this article is not to suggest that when you fail you should just give up. It’s to give a wakeup call for those who have tried multiple times at things like going on a diet or quitting smoking.

If you make a true decision, you will succeed. 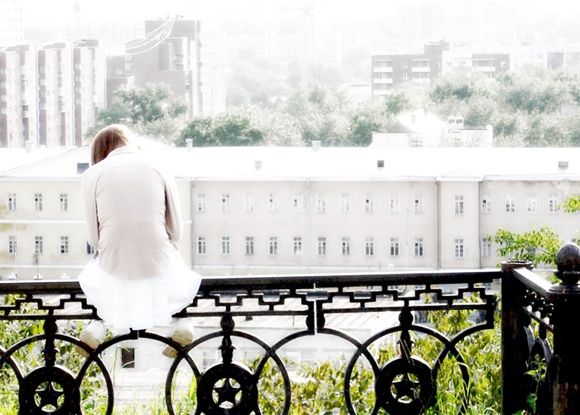 Bamboo Forest created an online timer that helps anyone serious about getting things done be more productive. He also writes for Pun Intended, a blog that’s hilarious and enlightened.

8 thoughts on “Sitting On The Fence: How It Zaps Your Energy and Compromises Your Dreams”