What are you not doing because of what other people think?

If I didn’t die from the bar crushing my throat, I was sure it would be from embarrassment.

A loud clang resonated throughout the gym as my spotter saved me and the weight fell to the floor. I could feel every eye in the room on me, attracted by the noise. I was red, and it had nothing to do with exercise.

That was my first ever day in the gym. Huge guys grunted through curls and slammed down deadlifts, posing in the mirrors and wearing shrouds of chalk dust. I had just dropped my first ever bench press, a measly 65 pounds, and nearly taken off my head at the same time.

It would be a while before day two.

Day two did eventually come, and three, and four. I’d lost my spotter and hid from the bench press, but I did make it. I’m sure I looked resplendent decked out in bright orange oversized moisture-wicking shirts and shorts from Target.

But even during my very occasional trips to the gym, I never felt like I belonged there. The gym was a place for fit people, and I was not a fit person. I managed to avoid another bench press disaster, but I still couldn’t shake the feeling that the “real” lifters were laughing behind my back.

Slowly, like a fish swimming against the current, that started to change.

It started when I downloaded a circuit workout from some dark corner of the internet. It was perfect; two dumbbells and twenty minutes was all I needed. I could be in and out before anyone had a chance to look at me.

I had to fight through every second of that workout. With 30 seconds left in the last plank, my shoulders exploding from soreness, there was no room for thought. It took every fiber in me to stay focused; I couldn’t afford to think about anyone else and unravel.

After packing up, I discovered that my arms were too dead to open the gym door. I pushed it open with my butt and limped home.

My progress would be slow and halting — stumbling instead of sprinting — but I was learning how to work out for myself and stop worrying about other people.

Getting Confidence at the Gym

Immediately after my first really successful workout, I ditched the gym and started working out at home. Confidence clearly didn’t come overnight.

But even as I worked out alone, it did grow. I started to see changes happening in my body that made me more confident. I learned my workouts inside and out, so I wouldn’t need to keep referring back to pictures of each exercise.

Maybe most importantly, I traded in the orange Target gear for a simple black t-shirt and gym shorts.

By the time I went back to the gym, I was raring to go. I headed straight for the squats, deadlifts, and even the bench press. I didn’t drop it this time.

It happened on a quiet Saturday morning, the gym empty except for me and the far-off clunk of an elliptical. The barbell rose steadily, confidently, from the floor. A 455 lbs PR.

How I Stopped Feeling Judged

On that first day, it felt like everyone was watching me. On the day of my deadlift PR, I couldn’t have cared less who was around.

It took me a while to realize that there were actually four reasons I felt uncomfortable at the gym: I wasn’t sure what to do, I didn’t feel like I belonged, I compared myself to everyone else, and it felt like everyone was judging me.

In talking and training with people since those early days, I learned that I wasn’t alone. That there are ways to get more confidence at the gym.

1. Not Knowing What to Do

I hit the bench press because bench press is just about the only exercise I knew existed. I was self-conscious because I had absolutely no idea what I was doing.

I actually solved this problem by accident: with my circuit workout. Having an exact list of exercises, weights, reps, and rest times was what I needed to stop worrying about what I was doing and start actually doing something.

Let me be clear: this wasn’t a good workout. It was way too exhausting and really not at all productive. But it was excellent at getting me to work out in the first place, which was (at the time) the only thing that really mattered.

Even if your workout sucks, having an actual program to follow can help you stop worrying and start working. You can get a better routine when you get more comfortable exercising.

2. Feeling Out of Place

The grunts and haze of chalk dust that greeted me on my first day were a harsh introduction to exercise. Right away, the gym had sent a message: this is a place you don’t understand.

People were posing in the mirrors, moving weights I couldn’t count, and speaking a language that was incomprehensible.

Not feeling fit enough to be in the gym is very real. Luckily, this starts to go away as you start to improve. Every day you successfully work out is a day you get closer to gym confidence.

At the same time, I didn’t really feel confident until I started to speak the same language as everyone else. I didn’t start doing bodybuilding poses all over the place, but I learned to hold my own in a conversation about grip strength and enjoy chalking up for a heavy lift.

I might not have thought highly of the guys striking poses in the mirrors, but you’d better believe that I wanted to look like them.

Comparing myself to other people at the gym is part of what made me feel so terrible working out. I’d be messing around with my little 20 pound dumbbells while some huge dude put up a 315-pound bench. It was intimidating.

Finding a program to follow helped me a lot, as did taking some time to work out at home or during the gym’s quieter hours.

As I got more into mindfulness and meditation, I started to see it influence this problem too. There’s no reason to focus on other people; I was at the gym to work out for myself, so I should pay attention to myself.

As each other problem faded away, judgment was the only thing left to fight.

But more importantly, what did it matter if I was being judged? It wasn’t as if judgmental thoughts would make my weights heavier or my muscles weaker. Nothing in anyone else’s head could have an actual effect on me, so why worry about it.

As I gained confidence in the gym, I stopped trying to blend in. I now regularly work out in bright shorts (each leg is a different color). They clash wonderfully with my sea-blue wave tank tops and striped purple socks.

And, slowly, confidence in the gym translated to confidence everywhere else. I became more comfortable in my own skin, less scared of what other people think. A better version of myself.

I enjoy dressing outlandishly because it’s a reminder to myself that it doesn’t matter what anyone else thinks. It’s a reminder of the confidence that I’ve earned, and once lacked.

And if I can get people to look at me instead of the shy guy on his first trip to the gym? That’s just gravy.

What are you not doing because of what other people think? 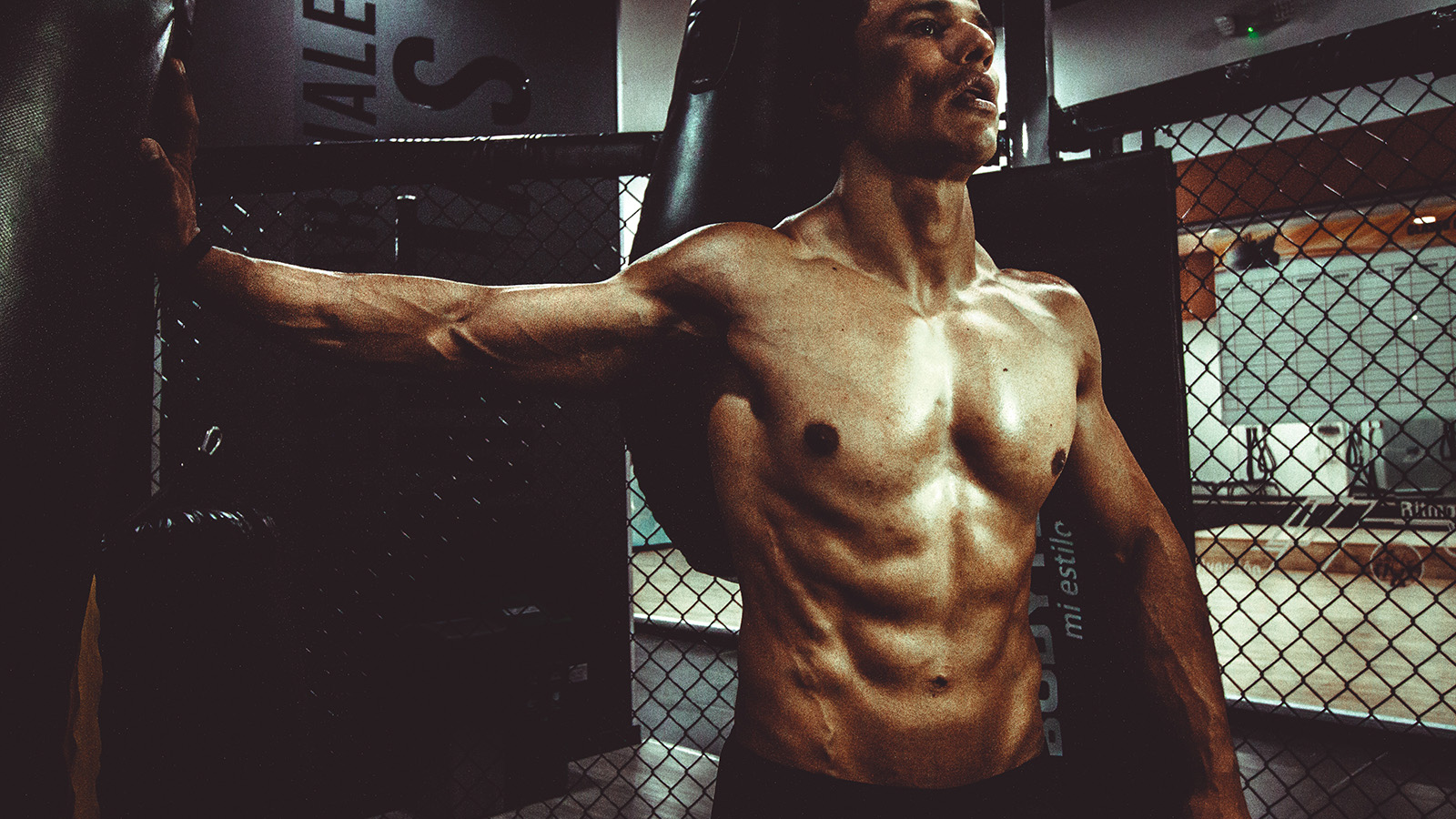 Anyone can get fit with the right tools. Benyamin uses his degree in psychology to help busy people work out consistently. Besides working out, he loves studying human behavior, drinking bubble tea, slow-cooking ribs, and generally nerding out. Learn more about his approach to psychology and fitness at Routine Excellence.

5 thoughts on “How to I Stopped Feeling Judged, Started Exercising, and Changed Who I Am”