“If you live just for today, to make today the most successful, happy day of your life, I am sure that you will have an extraordinary life. A successful life is nothing more than a series of successful days.” – Unknown

In the last two years, I was obsessed with “finding” success and happiness – because I didn’t have much of either.

I was feeling lost in life, stuck, and had no idea which way to go. And I also was struggling with one big thing that many people complain of today: I was trying to find meaning in life.

And that’s how I got obsessed with finding happiness.

I was also at a crossroads in another part of my life: work, which had been a massive source of unhappiness. I was working incredibly hard, but on things I didn’t care about. So I decided to jump ship and start my own thing business.

And that’s how I got obsessed with finding success.

Success. It’s what we’re all obsessed with.

We all have to pay bills right? Even if we don’t like money, we all need it as much as the next person.

I’ve got car bills to pay, rent, kids someday, college loans, and I want to be able to travel and see the world.

I figured, why not just learn everything it takes to be successful, instead of struggling my whole life?

So I did what anyone else would do – I got obsessed with success. I read every bestseller. I went to all kinds of classes. I started my own business.

I began a meet-up group for entrepreneurs. I ate, breathed, and dreamt about making my life easier by being successful.

I sacrificed everything – friends, family, sleep, time – my entire life, to get this as soon as possible so I wouldn’t have to worry about it later.

A little bit over a year passed, and an interesting realization occurred: I was completely miserable, and not one step closer to success than I was before.

Interestingly enough, the same thing happened when I searched for happiness.

Happiness. It’s what we all feel we deserve and want, no matter how much success we have.

When life gets tough, we just tell ourselves “I just want to be happy, nothing else!”

And ironically, happiness, which is one of the most fundamental states of being, is notoriously absent from modern day life.

I mean, just hop on over to Amazon and type in “happiness.” Look at the first seven search results:

Does anyone else think this is absolutely insane? The most basic, fundamental state of being in life – being happy – is something we experience so little these days that we have to go looking for it?

Alright. So many of us are unhappy in our lives. Not surprising.

But here’s the problem.

When you’re lacking something, what’s the first thing you do? Go looking for it.

And that’s exactly how I got into this predicament in the first place.

Why The Western Way of Life Is Killing Us

So I began to wonder: What am I doing wrong?

If pursuing happiness and success isn’t bringing me happiness or success, I’m obviously doing something wrong. Time to switch strategies.

And that’s when I came upon a little article that compared the western approach to life to that of Taoism, which went something like this:

In the west, we encourage goal setting. In fact, we’re obsessed with goals – that end point we are striving so hard to reach.

We jump through hoop after hoop, stepping-stone after stepping-stone, sacrificing everything just to get to that finish line. But once we get there, we realize our thinking was flawed.

Now we’re unhappy again and need to set another goal.

We just spent however many hours, days, or years, sacrificing our health, our happiness, our every-single-day, to reach some goal – only to realize that it was the hours, days, months and years we skipped that actually was our life.

We become obsessed with the goal – the outcome – and forget that the 364 days are much more important than reaching that goal on the 365th.

The result? We’re miserable, we burn out, and we hate our lives.

But there’s another way, the article went on.

In Taoism – there is no defining purpose of life, no goal, no end point. So you have no choice but to live today how you want your life to go.

You have no choice but to be happy right now.

So in the west, the goal becomes the defining purpose of your life.

In Taoism, life becomes the defining purpose of your life.

The Error in Both of My Plans: Exposed

My relentless ambition was making me miserable – I was so focused on that end goal – being self employed – that I turned something that started out as a “want to,” into a “have to.”

I sacrificed my happiness because I told myself a huge lie: that only the end mattered, and that the process I had to ignore.

I stopped seeing my friends as much to pour every hour of my free time into work, hoping that it would set me free later.

I started reading happiness books – with the idea that looking for happiness, and having a “goal” of being happy, would actually lead me there.

I had it all backwards.

When you focus on the goal, you become myopic – nothing now matters, just that tiny point at the end. Ironically, this is the exact way to sabotage yourself and never reach that end.

How many miserable days are you willing to put up with before you tell yourself that the goal isn’t worth it anymore?

The Real Secret to Success and Happiness: How to Have Your Cake and Eat It

I decided to spend some months reflecting, and revisited this idea of western “goals” versus eastern “journey”.

They just loved the game (the day-to-day) of business and doing something they enjoyed.

As I kept diving deeper and deeper into books and literature, three themes repeatedly emerged:

Flow is the state where you’re totally zoned in to whatever you’re doing. You know when you’re playing a sport, doing something creative, or reading an incredibly good book and time evaporates? Flow.

Flow, aside from being a state where we’re generally most happy, is also a state where learning is accelerated. It’s our most efficient spot to be working in.

Many of the “happy” and “successful” I read about had an insane fire for what they were doing – days would evaporate as they worked on a project in their garage, programmed something new, or planned their next move.

Intrinsic motivation is where you want to do something because you enjoy it and are inherently interested in it, without any desire to be rewarded for the work.

Virtually all of the successful people I read about had a high degree of internal fire about the subject or work they were pursuing.

The irony is that there’s a growing body of research showing that intrinsically motivated people are not only happier, but actually make more money in their lifetimes too.

The people that were profiled repeatedly mentioned that, instead of logically reasoning and trying to figure out the best path forward, they just sat down and asked: “What do I really want?”

These three things: flow, intrinsic motivation, and intuition all have one thing in common: none of them focus on the “pursuit” of anything – they focus on maximal engagement right now.

When Looking For Success and Happiness, Remember This: Forget Them In Order to Find Them

My one key revelation here, for finding both success and happiness, was simple yet paradoxical:

When you stop pursuing success and happiness, you end up focusing on activities that make you enjoy your day-to-day life.

You focus on flow-producing activities that intrinsically motivate you.

You become obsessed with the process – the 364 days that take you to the 365th – rather than just focusing on the 365th and ignoring the other 364 days.

Paradoxically, when you just focus on the activities that result in maximal engagement, enjoyment and flow, happiness and success come as natural side effects.

You’ll realize you don’t have to search for them after all.

What has your own experience been with trying to “look for” happiness and success? Do you think it’s possible to look for them – and find them? 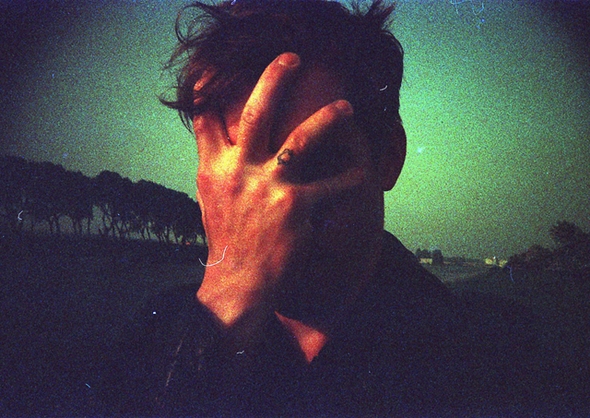