Even though my Kilimanjaro summit was 18 months ago, I still remember that final ascent like it was yesterday. I had been told prior to my climb that it would be a life-changing experience, but I shrugged it off as, “it’s a 19,000 foot mountain – just how life-changing can it be?” But, as I took those final steps to the summit I couldn’t stop the tears from streaming down my face. As the only female in the group, I sniffled and mumbled something about the cold and the wind, and pretended it wasn’t happening.

And it would have been one thing if the tears had only been that day – but they weren’t. I found myself spontaneously bursting into tears that night, the next day, and the next day. As a matter of fact, those tears continued on for a full two weeks (at which point, I assure you, it was getting old).

I couldn’t make sense of it – at all. They didn’t seem to be either tears of joy or tears of sadness. They were just … tears. But then one evening I was describing it to a friend, and he said to me, “Jen, that trip was a big deal. In accomplishing that, it fundamentally shifted your belief in who you are.” As I sat there in stunned silence, I realized he was right.

To someone who had a mental image of themselves as an athlete, summiting Kilimanjaro might not have been a big deal. But, for someone who grew up an extremely sick little kid, didn’t consider herself athletic, and whose previous physical accomplishments included marathon shopping sessions – Kilimanjaro was a big freaking deal.

My big takeaway from my climb (other than 9 days without a shower is way overrated) was that when you accomplish an audacious goal your belief in who you are – and what you are capable of – shifts in almost direct proportion with the size of the goal. I came home with a new confidence in who I was and what I could accomplish, not only physically, but in my business and personal life as well.

While I summited with ease, things could have just as easily gone in the other direction – after all, I was the only person in my climbing group to summit. I’m not sure if or how my confidence would have taken a hit had I NOT summited, but I’m glad I never had to find out.

3 Tips to Improve Your Odds at Succeeding

An audacious goal is one thing, an unrealistic goal is another. I still can’t tell you why I needed to summit Kilimanjaro at all, but at the same time I wasn’t crazy enough to try Everest. I specifically picked a non-technical climb (meaning no ropes, crampons, or other climbing gear) that was challenging, but not impossible, for me.

2. Failing to plan is planning to fail.

While a cliche, it’s totally true. I put close to a year of planning into the trip and several months of very specific training in. This was a once-in-a-lifetime adventure for me, and I wasn’t about to screw it up because of something stupid I failed to do.

Planning is half the battle, and execution is the other half. Once you have your plan, you actually need to do the work. Not doing the work gives you a mental out if things don’t go as planned, because it’s easy to say, “well, I just didn’t have time to train the way I planned.”No, you either planned poorly or subconsciously sabotaged your efforts by not doing the work.

What audacious goal do you have that you’ve been procrastinating on or not giving your 150% to? 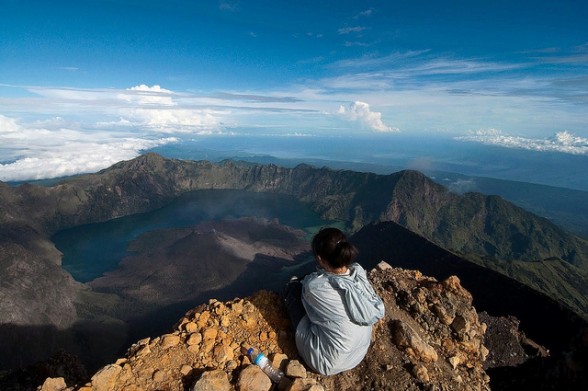 Jen Waak is a health and fitness writer and wellness coach who writes specifically for office athletes on her blog keyboardathletes.com. The author of the Keyboard Athletes Guide to Pain Relief & Prevention, she also recently released the free course How to Have the Body You Want (Without Giving Up Your Life).

19 thoughts on “What Climbing a Mountain Taught Me About Confidence”