When I was a little girl I kept a journal. You know, the velvet-skinned kind with the miniature lock and key that Mum could have probably picked with her fingernail.

It held my secrets, like which boy I had my eye on that week. At the time I thought it held my heart. It didn’t. In fact, it was more of a general account of my day-to-day activities rather than a revelation of anything deeply personal.

Consequently my love affair with my journal didn’t last too long. My life wasn’t interesting enough to record all the details.

Yet now as an adult I truly believe in the healing power of journaling.

When I talk about journaling people begin to fidget and avoid eye contact. Like me, they may have kept a journal as a child, but it’s not something they have carried into adulthood.

But when I talk about soul writing—the practice of writing our personal stories on paper—I have their attention. Uncomfortable attention, but they’re listening nonetheless.

The journal is a great tool for soul writing because it keeps the stirrings of your heart contained in one place. But I always say as long as you get it down, it can be on the back of a napkin if that works for you.

My own journey with soul writing took me quite by surprise. A few years ago I came alongside a friend who had launched an online magazine. She asked me to help with some editing and if I would like to start writing a monthly post. I was honoured to help.

I had no idea how life changing it would be for me.

The magazine is a global community of women who love. We share our stories from a pretty vulnerable place, something I wasn’t too comfortable with at first, despite having been a writer all my life.

Why do we do this? Put ourselves out there and reveal our hearts?

Because stories connect us. We believe in a global community of women who share their stories as a way to relate to and empower one another. I see it happening on a daily basis.

Since I have been sharing my story on She Loves Magazine I have discovered how writing can heal. And I have had to trust in the process along the way, to believe that writing the story I have always been ashamed of would help me to see it from a different perspective, to find the good parts that have shaped who I am.

My story began long ago but I didn’t start writing about it in the way I needed to until the beginning of this year.

When the New Year hit I experienced the kind of depression I’ve never felt before. It’s something I’ve grappled with for years but never have I walked through a period quite so dark.

And each time I came to write my monthly article for the magazine, I resolved to be upbeat, the overcomer, the one who was doing just fine. In reality, I believed no one would want to read about how I couldn’t pull myself out of bed in the mornings or how tainted my world really looked.

I wanted to hide behind a façade. But I couldn’t. I had to tell the truth—I simply couldn’t ignore how I was feeling.

So I began to write about the depression, biting nails and hitting the delete button along the way, trying to censor not only what I wrote, but also who I was.

I was ashamed of my illness.

I thought I had managed to find the balance between telling people what I was going through and not revealing too much of myself. Until I sent a draft to my friend and editor. She told me to go deeper, said she wanted to hear more of my heart and understand why I felt the way I did.

I went to my office, head hanging low, wondering how on earth I could write from a deeper place without breaking my heart and perhaps the hearts of those who loved me.

I put on the music I often listened to as a teenager by composer Ennio Morricone. It took me back to that young and vulnerable place. And I wrote from there. From the heart of the wounded sixteen year-old instead of the 36 year-old looking back.

I could barely see my computer screen for all the tears that fell. But once I was in, there was no coming out until that part of me said what she wanted to say.

I had never written like that before. Not in twenty years of writing on a regular basis.

I came out of that experience feeling like a huge weight had been removed from my shoulders.

But I was scared. Scared of publically sharing my story.

It was published a week later. I remember the morning well: making my pot of earl grey tea; switching on my computer, hands clenched tightly around my mug.  Opening up the article and facing the fact that right then anyone in the world could be reading those words that left me vulnerable and exposed.

Already there were several comments. Not the judgmental ones I feared, or the ones that would tell me to lighten up or get over it. No. Every single response was one of love, support and encouragement. I felt held. I felt like my story mattered.

That story was the first of many and each and every one of them has carried me through an ongoing healing process. It has also given me a strong vision of how writing and sharing our stories heals us.

Because writing our story is the first step towards facing those parts of ourselves we’d rather leave buried. And sharing our story is the next step because it connects us—it reminds us we aren’t alone. In revealing our own truth, we give others the courage to reveal theirs. 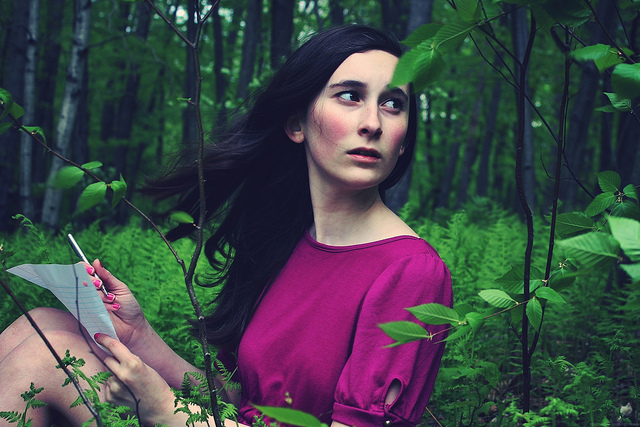 Claire De Boer is a writer, editor and mentor with a special interest in how story connects and heals us. She writes and offers one-on-one mentoring at www.thegiftofwriting.com and is a certified Journal to the Self® instructor. Visit her blog to download your free eBook: Why Writing Your Story Could Be The Most Important Thing You Ever Do.

23 thoughts on “How Writing Heals Me, Again And Again”