“The place to improve the world is first in one’s own heart and head and hands, and then work outward from there.” –  Robert Pirsig

Some people can search for Zen their entire lives, and still never really know what the hell it is. They know it’s a feeling, and that it should make them happy, but that’s as far as they get.

They seek a practical approach to inciting Zen, an emotional instruction manual to deliver them directly to a serene and mindful psychological space.

Yet as far as I’m aware, there’s no specific algorithm for getting there. Not one that fits any two people anyway.

So, if Zen’s such a desirable emotion, what actually is it?

Well, according to the dictionary it’s ‘A Japanese sect of Mahayana Buddhism that aims at enlightenment by direct intuition through meditation’.

To most other people, it’s simply happiness. While such word substitution may anger Buddhist fundamentalists, the urban dictionary has spoken.

So, if we associate the attainment of Zen with happiness, you’re probably thinking this whole endeavour is futile. I mean, no one has the answer to that right?

Well, before we go lumping the two words together, let me give you my definition.

I would argue that Zen is total contentment with the self, a togetherness of mind and body.

I’m sure you know what I’m talking about. Those moments when you feel that everything is right, you’re breathing in time, and slotting squarely into place.

It’s a tranquillity that transcends joy.

The reason I prefer Zen to happiness is that it’s more sustainable.

Happiness is an extreme, and like any extreme, it must be tempered with its adversary.  If perpetual happiness were the aim, the feeling would fade into perpetual normality.

Zen is a feeling that can bridge the emotional spectrum. A way of being that provides psychological stability.

The stormy fluctuations of thought that leave so many of us feeling disconsolate can be calmed.

Rather than allowing your enthusiasm to replace better judgement, or your depression to rule your decision making, you can approach life with a measured perspective.

Prior to my own search for Zen, I often allowed my emotions to dominate my life. One day I was consumed by energy, while the next I allowed myself to be disheartened by a setback. It was a rollercoaster, where I felt I was never able to gain traction. I started new projects, only to abandon them when they got tough, resulting in emotional instability and frustration.

So I sought a solution in meditation.

I sought my Zen.

A pursuit of Zen

So if Zen is so desirable, how do you actually find it in yourself?

Well, the answer lies in Zen and the Art of Motorcycle Maintenance.

Rather than running out and finding a motorcycle to fix, pick up a copy of this cult book by Robert Pirsig first.

The book describes the author’s psychology behind achieving a Zen state of mind while fixing his motorcycle.

He uses this Zen state to refer to the undivided attention he devotes to his task, and consequently the superior quality of his work. It’s a way of working, he argues, that can improve performance and satisfaction in all pursuits.

Take, for example, an athlete in the throes of competition and observe their dedication to the task; complete physical and emotional harmony; the highest plateau of concentration.

They’re so engrossed in the moment that they’re not thinking, merely being. The result is the pursuit of excellence, and an inherent satisfaction with the pursuit of that goal.

This state of mind can be witnessed in a variety of activities: dancing, music, art. Even knitting. If the participant is truly focused, they’re feeling what to do next instead of planning it.

It sounds so easy. Pick something you love and do it until it makes you happy.

Well, that’s part of finding your Zen, but not all.

The secret ingredient to achieving Zen is ‘quality’, which Pirsig uses as a symbol for the driving force behind Man’s relationship with the Universe.

He suggests that by using quality as a measure of success in your activities, you can reach a point where you’re unthinking, lost in the moment.

They don’t have to achieve perfection in their playing to achieve their Zen. Rather it’s the pursuit of quality and mindlessness of their actions that stimulates pleasure.

I know when I play the guitar, I disappear into my own world, barely aware of how much time has passed, or if someone has spoken to me. I emerge from my subconscious feeling an inner peace, all previous stresses having evaporated.

I’m sure there are activities that invoke similar feelings for you, passions that leave you cleansed and balanced.

To find your Zen, the key is to engineer the drive for quality in everything you do. By focusing on performing a task to the best of your ability, you become lost in your actions.

You don’t just have to focus on your passions discover Zen. By seeking it in all actions, you too can quiet your emotional flux and become the centred person you’ve always sought.

You may even be able to bend space fabric like a Shaolin monk.

Please, share your experiences with this technique in the comments below. I’d love to hear your thoughts. 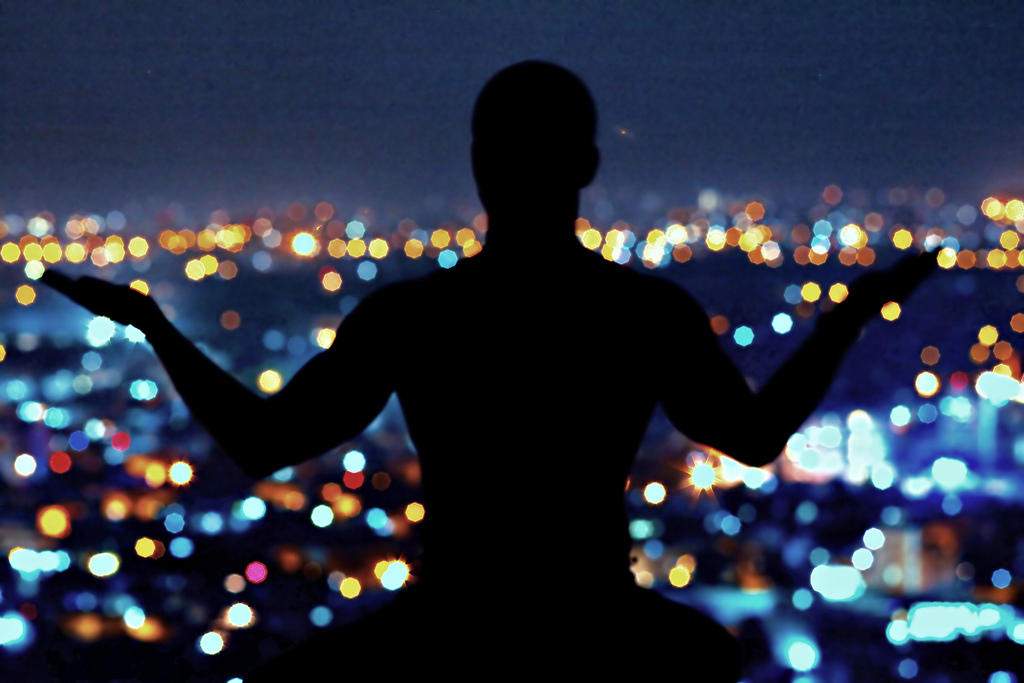 Joel Key is a writer and physiotherapist who inspires his community to make positive changes in their lives. He has just created a new campaign called 'Write for Life', which raises awareness of worldwide illiteracy. To learn more, visit his site at www.joelkey.com, or follow him on Facebook and Twitter.

51 thoughts on “Zen and the Art of Anything”