Everywhere you look, in popular magazines and on media websites like the Huffington Post, there seem to be countless articles outlining the five or six essential steps to follow for some type of self-improvement. Americans are fixated on personal growth — becoming more effective in their professions, happier and more tranquil in their private lives, less depressed with higher self-esteem and a more satisfying sex life. The website on which you’re reading this post is devoted to promoting change. We all want to grow and change for the better.

In my experience, however, most people change very little over the course of their lives. They tend to become more the way they already are.

While there are exceptions, most people find change difficult for several reasons. We all want to think well of ourselves, to begin with. Despite our preoccupation with change and self-improvement, we tend not to acknowledge those parts of ourselves that could actually use improvement. Take another look at those articles that promote change; they promise to teach ways for achieving happiness but usually don’t tell you how to cope with the not-so-nice parts of your character. We’ve all got them and don’t like to admit it.

As much as they might long to change, many people tend to explain their difficulties, short-comings and failures by blaming somebody else. Look around you at the people you know. The co-worker who’s careless and lazy but blames her poor evaluations on an exacting boss, or colleagues who have it out for her. The cousin who gets under your skin because in every story he tells, he paints himself as a victim. Have you ever known anyone who told you, “I got fired because I was doing a lousy job,” or “A lot of bad things have happened in my life because I make so many poor choices”? Most people don’t fully accept that their own character traits and the choices they make are the main determinants of the quality of life they lead.

To face our faults, to feel regret for poor choices, to admit that aspects of our personalities need some work would be painful. “The truth hurts,” the old saying goes. And so we lie to ourselves. Not consciously, but through our reliance on psychological defense mechanisms that protect us from the truth. The psychoanalyst Donald Meltzer describes defense mechanisms as lies we tell ourselves to evade pain. In my new book Why Do I Do That?, I rely on this definition to explain the most common defenses (repression, denial, splitting, projection, etc.) and how they shield us from pain, but also prevent us from facing the hard truths that lead to genuine growth.

Last year, when my book was still under contract with New Harbinger Publications, I had to confront my own defense mechanisms at work when I received their editorial comments on my second batch of chapters. Upon reading their notes, I knew I couldn’t dumb down what I’d written and deliver the simplified CBT-type book they wanted; that I would have to withdraw from the contract seemed immediately clear. But in my thoughts, I felt full of scorn and contempt for their “idiotic” suggestions. I went on a long drawn-out internal tirade, full of scorn and mockery.

Over the years, I’ve come to understand contempt as one of the primary defenses against shame, so when I recognized this defense at work within me, I began to search for shame and found it. Although opting to withdraw and preserve the integrity of my book didn’t make me a “failure,” I nonetheless felt like one: that contract with a recognized and respected publisher had meant a lot to me. I came down off my high horse, returned to their notes and found many valuable suggestions, even if it didn’t change my mind about backing out of the contract. Contempt would have felt better in the short term, shielding me from shame and loss, but choosing to disarm that defense helped me to grow and benefit from those editorial notes.

In other words, even if you become aware of your defense mechanisms at work, through individual psychotherapy or the help of a book like mine, effecting change involves hard work and painful choices. Once you gain insight about your true nature, you then need to do something about it, over and over again. This is one of the most misunderstood issues for clients entering psychotherapy. Gaining insight into who you are means understanding traits and tendencies that will remain with you for life; with time, you can see them at work and try very hard to do something a little different, again and again.

Maybe you react badly to criticism, becoming defensive and contemptuous as I did. Hearing someone point out your shortcomings might stir up unbearable shame, which then triggers your defense mechanisms. Knowing this about yourself will allow you to see the process at work and, with great effort, stop the usual defensive attack. Over time, you may learn to face the underlying shame and what gives rise to it. This will be an ongoing challenge. Your automatic defensive reaction will never go away entirely, but over time, you might lessen its hold upon you.

That’s the reality of possible change: it requires a lot of hard work and the results are never the sort of ideal transformation we’re looking for. 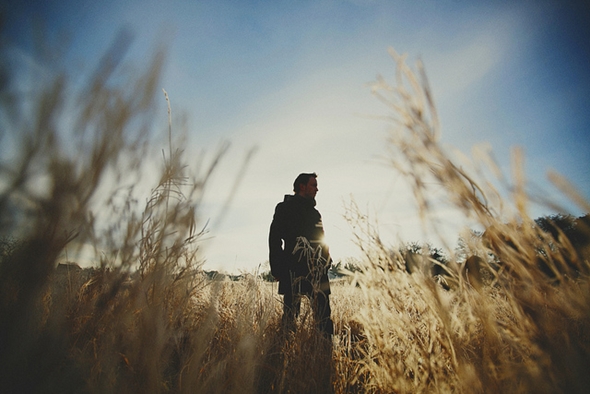 Joseph Burgo, PhD writes a blog on shame for Psychology Today and is the creator of After Psychotherapy, a website where he writes about personal development issues from a psychodynamic perspective. In addition, he is the author of Why Do I Do That? Psychological Defense Mechanisms and the Hidden Ways They Shape Our Lives.

14 thoughts on “Authentic Change and the Role of Choice”