“It’s the person, Ma, not the place. If you left here, you’d have been the same anywhere else.” – I Am The Messenger by Markus Zusak.

Ever since I can remember I’ve wanted to get the hell out of small town life in England and move to North America. I’ve always felt like the USA is where I’m supposed to be, and I can’t tell you how many times my wings have been battered and bruised through beating at the bars of the cage I’ve imagined myself in.

The opportunities aren’t here. The people here aren’t my kind of people. The choices are limited here. All along I’ve seen going to the USA as the answer to the question of “What am I to be?”, and over the years I’ve looked at all kinds of ways to make the move, but short of taking a corporate job or marrying into a green card I’ve been kinda stuck.

So instead I’ve been to the USA as often as I can. Miami 3 times. Boston 6 times. Chicago twice. New York 4 times. Orlando 3 times. San Francisco 6 times. Portland twice.

I’ve loved each and every one of those trips and each one has made me feel alive. Returning home to my sleepy little town in Kent I’ve flown straight into the centre of a bad mood, my frustration at being back pushing an ugly fog over everything.

My unhappiness in having to live where I live began to tower over me like a bully makes a child shrink.

And I decided that I had to be better where I was first.

Otherwise, I’d simply be moving my battered wings around the world, finding something else to rail against.

But this isn’t just about geography. It’s about anything that moves you to want something better. A bad relationship that you want to run from. A job you hate and want to get out of. A business that’s failing. A heart that’s breaking.

It’s easy to bring frustration, cynicism, bitterness and even anger into your life when your life has something in it that you’d rather not be there. Any schmuck can do that, as I’ve ably proven.

But with your worst qualities as your motivation you’ll never make a dent on any meaningful change. All you’ll be doing is bruising your wings.

Instead, make a simple choice like I did. Make a choice to become okay where you are right now, to bring the best of you to what’s right in front of you rather than the worst of you.

It’s right there. Right now. It just needs you to choose. 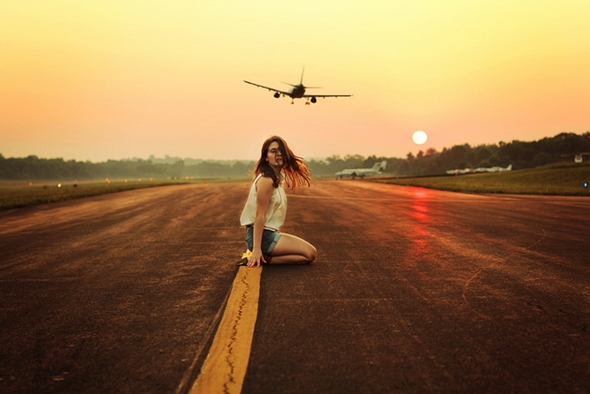 Steve is a confidence coach who helps you find your natural confidence so that you can put your dent in the universe – which basically means doing what matters to you in ways that work for you. Go grab The Code and get more of him on Twitter.

58 thoughts on “Be Better Where You Are”