Throughout much of our lives, instead of following our bliss, we’re busy trying to avoid being seen a certain way.  Perhaps we’re designing our lives to make sure we aren’t perceived as selfish, arrogant, weak, incompetent or something else.  Whatever way we don’t want others to see us, the compulsion to make sure others don’t think of us like that feels overwhelming.  Our anxiety about being viewed the wrong way can be so intense that it’s almost as if we’d be hurt or destroyed if others ever learned the “awful truth” about us.

We don’t want people to hold these beliefs about us because, on some level, we’re convinced that those beliefs are true.  We’d have no reason to fear someone calling us incompetent, for instance, if we didn’t have a deep-seated conviction that we actually are.  Not only that—we believe, consciously or otherwise, that if people discovered our “dark secret,” no one would want anything to do with us.  We’d be left completely alone and helpless.

Given how scary this is, it’s no surprise we put so much effort into making sure no one finds out the “awful truth” about us.  Each person’s approach to covering up their dark secret depends on what the secret is.  For instance, people who believe deep down that they’re powerless might strive to accumulate possessions and prestige to convince the world they’re actually powerful.  People who see themselves as weak might go out of their way to act tough and convince others they’re actually strong.  People who think of themselves as insignificant may talk loudly and incessantly to make sure others know that they matter.  And so on.

Unfortunately, the strategies we use to prevent others from seeing us in certain ways often achieve the opposite of what they’re supposed to do.  Human beings are highly empathic creatures, and we can readily tell when someone is trying to prevent us from seeing something about them.  Even if we don’t know exactly what they’re trying to conceal with their behavior, we get a vague sense of unease, as if something isn’t quite right about them.

For instance, when we see someone bullying or being overly critical of others, we can often tell immediately that they’re trying to compensate for their own feelings of weakness.  When we see someone talking loudly and nonstop, we can easily see that they’re trying to conceal their feelings of shyness or unimportance.  In other words, by trying so hard to make sure others don’t think something about us, we often ensure that they think exactly that, or at least that they feel uncomfortable around us.

Even more unfortunately, often we’ve been using these behaviors to cover up the “awful truth” about ourselves for so long that we’ve forgotten that other approaches to living are possible.  The bragging we do to conceal our sense of inadequacy, the overwork we use to hide our feeling of laziness, and so on become unconscious and automatic, and sometimes we aren’t even aware that we’re doing them.

A Process of Self-Knowledge

The good news is that, if we can find the places where we’re trying to conceal a perceived inadequacy in ourselves, we can make great strides toward achieving our goals in life.  When we let go of the strategies we’re using to make sure people don’t perceive us a certain way, life becomes easier and more fulfilling.

How do we gain this valuable self-knowledge?  In working on myself and with clients, I usually think of it as a three-step process, which I’ll describe below.  This type of self-discovery can take a while—you aren’t likely to come up with definitive answers the first time you ponder these questions.  Moreover, it’s sometimes difficult to answer these questions on your own, and the outside perspective of another person or a group can often help you arrive at the answers where your own efforts cannot.  However, I’ve found that the rewards, if you follow through with this process, can be tremendous.

We can start by pondering this question:  what’s the worst thing someone could find out about me?  Or, to put it differently, what do I try to ensure that no one thinks about me?  For instance, am I determined to make sure no one thinks I’m irresponsible, unattractive, helpless, or something else?  When you come to the answer, you’ll likely have a strong, instinctive feeling that you’ve found the truth, and perhaps a sense that many of your behaviors and hangups “make sense” in a way they didn’t before.

Psychologist Stephen Wolinsky, in his book The Way Of The Human, has a great term for the “darkest secret” each of us believes to be true about ourselves:  the “False Core.”  The False Core, in his view, is a belief we unconsciously adopt as infants to explain why, in the process of being born, we were physically separated from our mothers.  In other words, our young minds assume we must have been detached from our mothers because something is wrong with us, and the False Core is what we believe to be the problem.

Whenever something happens to us that “proves the False Core right”—when someone really does see us as incompetent, selfish, or whatever our False Core is, we relive the suffering we endured in being separated from our mothers.  The threat of this pain is the reason we try so hard to conceal the False Core.  But ultimately, the False Core is, as its name implies, false—it’s an incorrect conclusion we draw about ourselves when we’re too young to understand how the birth process works.

Of course, you don’t have to accept Wolinsky’s ideas about how the False Core comes about to find the concept useful.  You can just think of the False Core as a deep-seated negative belief you hold about yourself and are designing your life to cover up.

See if you can find your own False Core by asking the questions I described above.  If it’s hard for you to think of what you’re most afraid of people finding out, think for a second about an embarrassing or painful moment you regularly replay in your mind.  And ask yourself:  what did people say, or believe, about you in that moment that created so much suffering?  Or, what were you most afraid that they’d concluded about you?  Answering this question may help reveal your False Core.

For instance, one of the ways I recognized my own False Core was by thinking about a particularly painful argument I’d had with an ex-partner, and tended to find myself mentally reliving.  One day, I recognized that, when I replayed the interaction in my mind, I kept having the thought “she wouldn’t have said that to me unless she thought I was powerless to get back at her.”  In that moment, I recognized how deeply I feared being seen by others as helpless or powerless.  “I’m powerless,” I realized, was my False Core.

2.  Find Your False Self

In Wolinsky’s terms, the “False Self” is the face we show the world, or the set of strategies we use, to make sure people don’t see our False Core—i.e., perceive us in ways we don’t want to be seen.  For example, someone with a False Core of “I’m helpless” might create a False Self like “I never ask for anything from anyone, and I always take care of everyone else.”  This person might do all the chores and pay all the bills in their family, and refuse to allow anyone else to take responsibility for those tasks, no matter how overworked they became.

In my own case, when I recognized that my False Core is “I’m powerless,” many of the anxieties I’d had in my life began to make sense—and, interestingly, to feel less intense.  For a long time, I was extremely driven to acquire money, prestige and credentials in my work.  Lurking in the background was a constant fear that people would discover some inadequacy about me if I didn’t work hard enough.  My “workaholism,” I realized, was an aspect of the False Self I used to compensate for my feeling of powerlessness.

3.  Notice How Your False Self Is Limiting You

Once you have an understanding of your False Core and False Self, you’ll likely start to see some of the ways your False Self has been limiting your fulfillment and achievement in life.  Most importantly, when you become conscious of how these behaviors are holding you back, you start to feel a greater sense of choice around how you live—and perhaps even that you don’t need your False Self to get along in the world at all.

For example, when I started having the intuition that I was designing my life to make sure people didn’t see that I was powerless, I came up with a surprisingly long list of behaviors I was using to make sure no one saw my False Core.  As I mentioned earlier, overworking was one example, but there were many others.  I tended to be overly agreeable, and avoid conflict in, my relationships to make sure my partner never did or said anything that would have me feel powerless.  I held back from introducing myself to strangers for the same reasons.  And the list went on and on.

Making this list was initially depressing, as it showed me how significantly the fear that others might perceive my False Core affected the decisions I made.  However, this list also gave me profound guidance about the changes I wanted to make in my life, and has helped me come to my activities in life from a place of genuine passion and excitement, rather than one of anxiety.

I invite you to try making your own list.  Write down the False Core and False Self you’ve discovered within yourself, and then put down all the ways the False Self you’ve adopted has been holding you back in life.  A brief example of such a list might look like this:

When you have a clear idea of the behaviors that are limiting you in life, and the fears that motivate those behaviors, you experience not only a sense of freedom to choose different behaviors, but also a sense of peace.  With an understanding of the false ideas about yourself that have held you back comes the realization that what you are, in your essence, is far too extraordinary and beautiful to be expressed in any idea or belief. 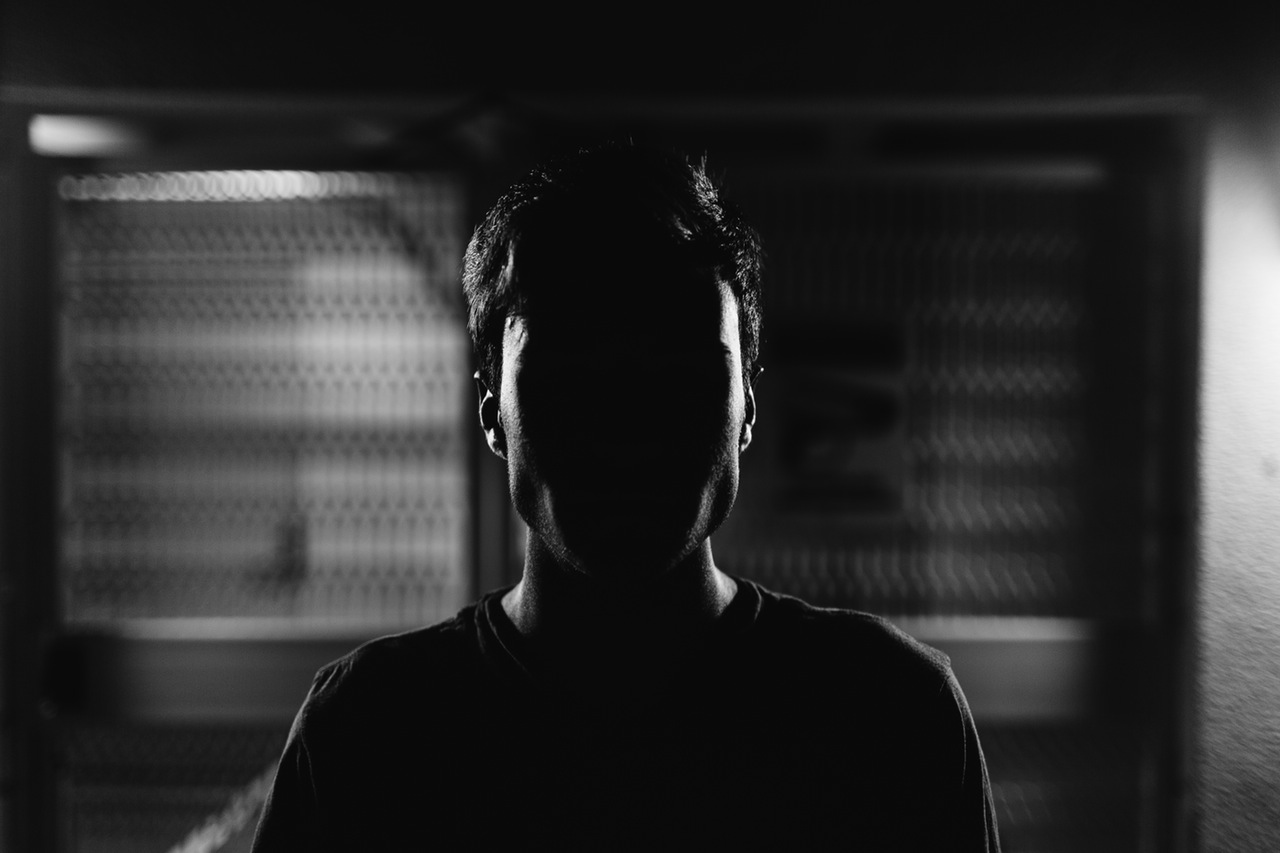 22 thoughts on “How Your Darkest Secret Can Empower You”