I remember it very distinctly.

I was in the car with my best friend whom I had just picked up, and I was giddy with excitement.

Over the past month or two, I had talked her through some dates gone bad and tried to lift her up to remember how great she was. I was always so happy and supportive when she told me when one went well.

I had gone through a terrible breakup 6 months prior and had just started to date again when out of nowhere, I met a man who was different from all the others.

I knew this guy was a keeper, and I was so excited to confide in my best friend all about how I’d finally found someone worth spending time with!

After a few minutes of small talk into our car ride, I excitedly blurt out, “Ok, can I dish about this new guy for a second?”

As if expecting it, she snidely shot back, “I don’t want to hear every little detail about it!”

I had been friends with this girl for the last few years and she would always talk to me about the things she was going through, good and bad, but didn’t want to hear about the exciting news in my life.

That’s when I realized, this was a one-sided relationship.

I told her how much she upset me by shutting me down like that, and she said she was sorry, but she didn’t change. Actions speak much louder than words in my book.

Over the next month or so, I would wait entire phone conversations for her to ask one thing about me. After 5 (yes, I counted) full half-hour talks, she still hadn’t asked me once how I was doing or feeling.

I never called her back.

It was painful, not talking to her again. There was a lot nostalgia I came up against when I cut her out of my life.

You know what, though? I don’t regret it.

Since I cut her and a few others over the years, I have made space for people to come into my life who realize that a relationship (intimate or friendly) is a give and take. My happiness has increased in amazing amounts, and I credit this rule with much of it:

I don’t spend time with people who suck my energy.

I just don’t do it. Call me mean, call me selfish. If you’re negative, hurtful, or expect things from me without giving me anything in return, you won’t make it past the first meeting.

I realize this is a controversial topic (it’s the #1 most popular post on my site), but it’s important to face the reality of your situation.

If you want to live a happy life, you can’t let other people hold you back.

There are those who just want company in their own misery, or those who only want to have you as their waste basket to toss negative complaints into.

The wrong friends will suck happiness out of you, make you feel bad about yourself, or try to drag you down with them.

You are worth more than that. You deserve love and support just as much as they do.

When you realize that those friends who are mean or all-around negative aren’t adding anything positive to your life, it can be devastating.

Some people we’ve known our whole lives could have turned into bitter negative nancies, even though we have fond memories from early on in the relationship.

Don’t get stuck in the past. Concentrate on the present.

If someone is holding you back from full-fledged happiness, that person is not a true friend.

There are a few different ways to go about dealing with this situation. Here, I will go over the process that I think is the most fair for both parties.

When you find yourself exhausted, saddened, or embarrassed by a so-called friend, consider taking action:

The word “confront” personally makes me want to run to a dark corner and hide. I hate confrontation.

Though it’s hard to bring up how you’re being treated because there is a bit of inherent selfishness in it, it’s necessary if you hope at all to turn the situation around.

When bringing up the way you are being treated, try not to start by accusing or blaming them; they will automatically put up their defenses rather than simply listen to you.

Instead, begin by telling them honestly how you feel and what you’d like to change.

For instance, in the example story I told you, I told her something along the lines of this:

“I am so excited about starting this new chapter in my life and sharing it with you. I was really hurt when you shut me down like that. I feel like I always listen to you and support you and I would appreciate the same.”

If you’re dealing with a constant complainer who drags you down with her incessant stream of negativity, you could try to ask her how you can help her start being more positive:

“I want so much for you to be happy and when you complain to me all the time, I don’t know how to help you. What can I do to help you feel better?”

Confronting a friend who says hurtful things? Give this a shot:

Hopefully she/he will be open enough to actually hear you. If you’re dealing with a true friend, he/she will try.

If you get a negative reaction from this, the friendship is likely not worth saving.

If you can’t voice your opinion to someone who is supposed to care deeply about you, what kind of friend are they?

At least you gave it a chance.

You can’t try to fix someone else. You can only react accordingly by spending less time with them or cutting them out of your life completely.

If they said they would try to change, watch their actions no matter what they say.

Oftentimes, negative friends can be manipulative; they can say one thing and do another.

You are rising above that now. You are standing up for your happiness, for your life!

If they don’t change the way they are behaving with you, you can either try step 1 (confront them) again, or you can start spending less time with them to see if they catch your drift.

If they start explaining how they’ll change, even after they haven’t for a while, call them out on it: tell them that what they’re saying isn’t aligned with the actions they’re taking, and it’s not fair to you.

This can be just as scary as confronting them in the first place, but necessary for an honest, open relationship.

3. If The Time Comes, Leave

If you’ve given them chances, or voiced your opinion and gotten a negative reaction from it, you must consider what is more important: the amount that this person will weigh on your happiness or the “bond” that you have.

That bond should be equally strong on both sides, right?

If your side is the only one holding the deal, what kind of bond do you really have?

These are tough questions and actions we’re talking about today, but necessary for achieving happiness in our lives.

Happiness can be in every choice you make, even the painful ones. When you choose to leave a relationship, you are choosing to free up that space for joy and love.

You are the most important person in your world.

Photo by Pink Sherbet Photography (Edited by the Author) 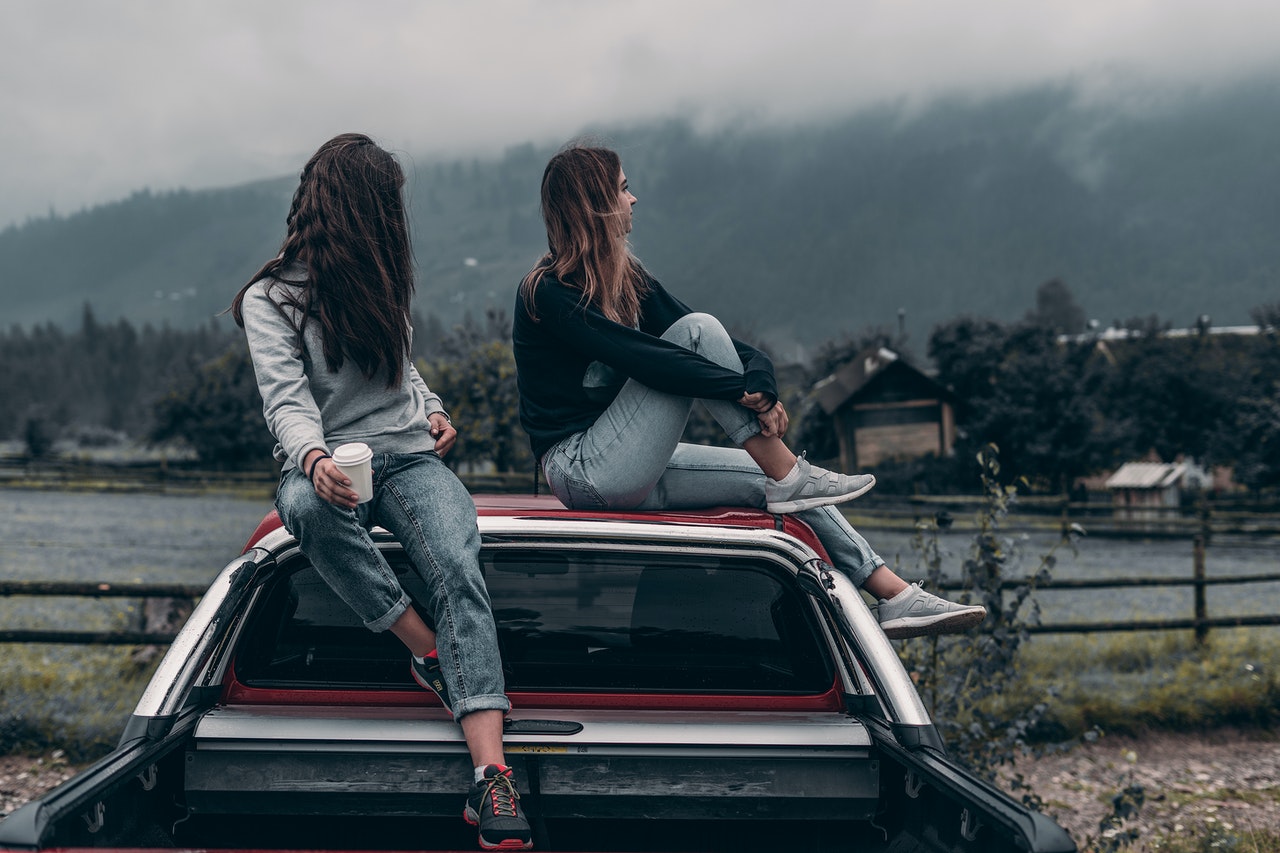 Amy Clover created Strong Inside Out with the mission of empowering you to overcome life's obstacles with positive action. She just released her premier book, Make This Your Moment: A Step-by-Step Guide to Changing Your Life... for Good. Come over to Facebook and say "hi," then like for daily doses of inspiration!

57 thoughts on “How to Make Space for Happiness: Fire Your Friends”