Change is so ubiquitous and pervasive that we ought to be familiar with it, and yet we continually fail to respond well to change. Often, this is a result of our not having thought carefully about the nature of change, and our tendency to accept common beliefs about it.

Myth #1: You can change other people, given time.

Reality: Other people cannot be forced to change under any circumstances. To try to change another person by force is a waste of time and energy. A wise man once observed that you shouldn’t try to teach a pig how to sing: it doesn’t get you anywhere and it annoys the pig.

Application: William Glasser, in his book Choice Theory, builds on the essential truth that we are only fully in control of our own behavior and that we cannot force change in other people. Even a man with a gun to his head cannot be forced to comply, as many people have demonstrated through history, preferring to die over behaving in a way which goes against their beliefs.

Once we accept this basic limitation, we are much freer to operate.  Instead of wasting energy trying to force change in others, we can start to relax, focus on changing ourselves and stop worrying about other people. In so doing, we actually become more likely to influence others by setting an example of proactivity and self-reliance.

Reality: People often think change can be precipitated by a crisis or a shock. We might think, for example, that if a heavy smoker or an obese person has a heart attack or is diagnosed with a serious illness, that he will be shocked into changing him lifestyle. This is not the case. Research shows that 90% of all coronary bypass patients do not significantly change their lifestyles to improve their health in any sustained and meaningful way.

We are so good at playing mind games with ourselves that it is all too easy to justify our own inertia and resistance.  If we are in our comfort zone, we will come up with any number of reasons to avoid moving out of it. The truth is that we don’t like change and we will literally risk our lives to avoid it.

Application: Change comes from the inside. External events do not force change. If you’re serious about change, only you can make it happen. A crisis might throw you off equilibrium for a while, but your mind is such a devious and slippery thing that you might be surprised at how quickly you settle back into the old routine. Being aware of this tendency can put you on your guard – forewarned is forearmed!

Reality: Most of the fear we feel is maladaptive. Fear is an essential biological response adapted for our physical survival, but in our modern environment, fear pops up as a response to many non life threatening situations. The best thing to do with this kind of fear is to face it and see it dissolve.  But people do not usually respond in this way to fear, falling instead into avoidance patterns. This avoidance often manifests as a resistance to change, which is often perceived as threatening.

Using fear to force people into change is usually counterproductive. All the health warnings and graphic photographs on cigarette packets, for example, have not been shown to reduce the incidence of smoking. People simply stop looking.

Application: People will generally respond better to positive feedback. People can be inspired to change if they can see some tangible benefit to themselves or people they care about. The best way to encourage change is to paint a compelling and positive picture of the future, spelling out clearly the benefits of the change. The ‘carrot’ does not guarantee results, but will be far more effective than the ‘stick.’

Myth #4: Change can be avoided

Reality: We have a natural tendency to resist change, but this is not the same as avoiding change. We can resist getting older, but obviously our resistance is not going to be effective. Change is coming, ready or not. We can ride the wave of change or be submerged by it. This is essentially our only choice.

Application: To demonstrate his inability to resist the natural cycles of nature, King Cnut ordered his retinue to carry a throne onto the beach so that he could command the tide to turn back. Cnut’s courtiers were amazed when the tide failed to respond to the king’s order and the water started lapping around his feet.

The only sensible option is to be observant, notice how change is happening, and work with it, learning how to adapt and turn the natural course of things to our advantage. Call it ‘going with the flow,’ the old Taoists were masters of this art. In nature, the adaptable survive; those unable or unwilling to change go to the wall.

Myth #5: Change is always the answer

Reality: Some people (a minority!) love change and they seek to promote it at every opportunity, thinking that change is always the best course of action. Perhaps you’ve worked with or for someone like this. A manager who constantly tries to change everything can produce a chaotic, unstable and unproductive environment. We are often tempted to meddle, but sometimes, the best thing is to leave things alone.

Application: Don’t assume change is the best thing. Find out about the situation. Make sure you really understand what is happening and why, as far as you can. Change is sometimes called for, but not always. Remember the wise old saying – if it ain’t broke, don’t fix it.

Do you agree that these are myths? Have you noticed other myths about change? Please share your thoughts in the comments below. 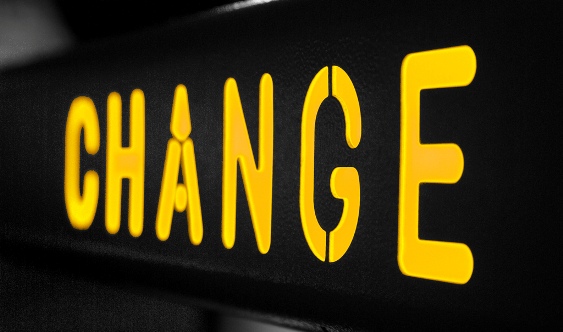 12 thoughts on “Five Myths About Change”