Some people would rather hack off a limb than change their mind.

Perhaps a slight exaggeration, but it doesn’t change the fact that changing your mind is one of the hardest things you can ever do.

With a stubborn streak a mile-wide, I know this all too well.

But sticking stubbornly to your view of the world is like boarding yourself into your living room, switching the lights off and hiding under the sofa cushions.  It’s kinda limiting.

So here’s how to make changing your mind easy.

Curiosity is the ultimate antidote to dogmatism.

There’s always another way to look at things and different ways that things can work, and being honestly, playfully curious about how things could be is how you spot something that works better.

In 2007 I threw out the way I was trained to coach people – a method my peers asserted was the very best – because I had a hunch there was a better way. I followed that hunch and took the difficult road of creating my own method that gets better results, and it’s curiosity that made room for that to happen.

The practice of sticking ceaselessly to your guns can’t be born or survive when you’re asking the right questions, and a curious spirit gifts you with possibility.

2.  Be Ready for Self-Justification

At some point your brain will shout at you “Whoa, hold on a second there peppy!  We already figured this out remember, don’t go and screw this up now“

So prime yourself for this self-justification and see it for what it is – a bunch of hot air that’s focused on making you right rather making you happy.

I refused to change my mind about my old career in corporate IT, and instead stuck with it and chose to believe it was what I was supposed to be doing. Eventually, my stubbornness and lack of insight caused a massive breakdown at a level I didn’t know was possible.

My amygdala fired and my brain told me that the safest way to go was to stick with the way things were or I’d end up as a hood ornament.

The same thing happens in your head – the thinking that stems from your brains’ safety cravings will hold you back from taking that leap until the outcome is certain.  It’s simply your brain trying to help you out and it’s nothing more than a legacy survival tactic.

So reassure yourself, take a breath and jump.

Your brain doesn’t like to be wrong and will dismiss any inkling that you’re wrong by letting you know that you’ll look like an idiot if you change your mind.

This is, of course, complete nonsense.  Changing your mind in a positive context (i.e. not due simply to peer pressure or other irrelevant influences) is only ever a move that sees you expand.

Don’t judge yourself for flourishing.

But what if people thought more of you for changing your mind?  What if it didn’t matter what a few people might think?  What if having trust in your ability to choose was more important than your perceived status with others?

It’s tempting in my work to pretend to have all the answers and it’s ego-boosting to be seen as a guru. But there’s way more that I don’t know than I do know, and so when I try something with a client that I’m confident will work out great but simply isn’t working, I’ll hold my hands up, declare it a failed experiment and move us on.

That’s just as it should be.

Please don’t cover things up or pretend they never happened.  Admit when you’re wrong and cherish changing your mind.

Staying rooted to the spot when life throws you a curve will guarantee a frustrated life full of “What If’s“.

Life IS full of curves, and to ride those curves you need to be willing to improvise.  Fortunately, you have the stunning ability to make up thinking along the way; an in-built mechanism to create your future.  It’s only by leveraging that ability – which requires you to acknowledge the magic of potentiality – that you get to see what life has in store.

I’ve been living with CFS/ME for over 5 years, and in order to help me integrate and live with the illness I’ve had to improvise so many new ways of doing things and thinking about things that I actually get a little dizzy thinking about it all. Riding the CFS/ME curve has benefitted me – and will continue to benefit me – in the most extraordinary ways.

Life’s curves can only be enjoyed by a mind that’s open to change.

What’s something you’ve changed your mind about? Please share your experiences in the comments below. 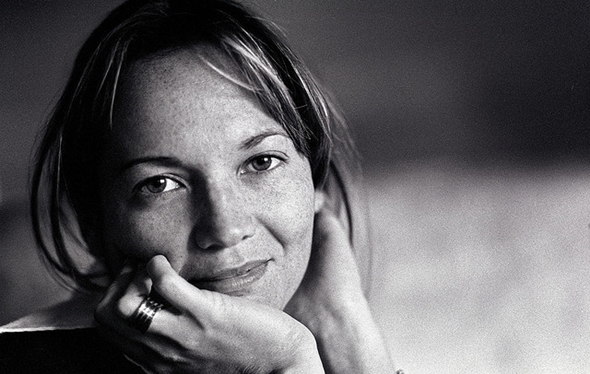 Steve is a confidence coach who helps you find your natural confidence so that you can put your dent in the universe – which basically means doing what matters to you in ways that work for you. Go grab The Code and get more of him on Twitter.

25 thoughts on “How To Change Your Mind”