Success is very simple. But it is not very easy for most people. In fact, success boils down to two simple steps.

Just doing these two things will almost certainly bring you success. The trouble is that most people don’t do either of them. Most people drift along aimlessly, not really knowing where they are going and having no clear vision of the future. If you ask most people why the get out of bed in the morning, why they work, what is the purpose of their life, they won’t be able to tell you. The few people who actually set goals are way ahead of the crowd. And those who take the second step, and keep acting to support their goals make up the tiny minority of people who are successful in life. In fact, the second step flows naturally from this first. If you’re serious about your intention, then you cannot help but act in the direction of its fulfillment. The action is effortless.

The first key component of success is to set goals. In other words, have a vision of what the future is going to look like. So few people imagine what their world will look like in ten, twenty, thirty or fifty years time. They look in the mirror and think ‘where did time go? What happened to me?’ At the end of the year, they say ‘I can’t believe another year has passed!’

Most likely, your life will not work out exactly as you planned it, whatever you do – we are not fortune tellers, and life is full of surprises and odd twists and turns – but a goal (or intention) oriented life will be a successful life.

Honestly, I don’t think it matters much how you set goals. Just so long as you do it. Try to be as specific as you can when goal setting, but don’t  get too worried about detail. It’s also important to be flexible. Things change, life changes, so you need to adjust your goals accordingly. Not to say you should be constantly tinkering, but sometimes a goal just isn’t right any more – maybe you already achieved it, maybe it’s to do with a part of your life that has disappeared, or a new part of your life (maybe you changed jobs, for example).

The main thing is that your goal is something you know you are going to achieve. It shouldn’t be an option – it isn’t going to take strain or stress; in fact, it’s going to be easy. But action is, nonetheless, required. Which brings us to the next point.

Keep Acting in a Way Which Is Consistent With Your Goals

The second component of success is to keep acting to support your goals. This sounds like a lot of work, but it really isn’t. And in fact, it’s unavoidable. And this is really the point I am trying to make here – your actions flow naturally from your intention. If one of your goals is to get fit, then you should start by really believing that you’re going to be fit, saying to yourself ‘I intend to be fit.’ If you really do intend this, then you can’t sit around, do no exercise, eat junk food, drive everywhere and so on. You have to change your habits, but this will be natural and easy if you really intend to achieve your goal. If you want to make money, you’re going to have to get into the habit of saving more, investing, studying money related matters, spending less, finding ways to make more, developing multiple income streams, and so on. But if all this is a chore, then you aren’t serious in your intention. If you don’t find something natural and easy, then it probably means you aren’t serious.

The small, natural and inevitable steps you take will almost certainly get you to where you want to be. A dripping tap will fill the bucket. To give a simple example, if you start at the age of 25 and invest $100 a month at 11% per annum until you are 65, you’ll end up with $760,000. You can fiddle with the numbers for yourself by clicking here.

The point is to keep going. Why do your New Year’s resolutions fail? They fail because you stop acting to support your goal. You hit one rough patch and you give up. And this suggests that you weren’t really serious. Winston Churchill said ‘Success is going from failure to failure without a loss of enthusiasm.’ The enthusiasm comes from the seriousness of your intention. When you have a goal and your actions support it, you’ll find that things just seem to work out, often better and faster than you thought possible.

People fail because they act like sheep. They don’t think for themselves, instead preferring to rely on gurus and teachers and the latest ‘big idea.’

People fail because they give up. They settle for second best. They fall down and think, ‘well, it’s not too bad down here on the floor. At least I won’t get knocked down again if I stay here.’ And eventually, they get so used to being on the floor that they’ve forgotten they used to be standing up.

If you really intend something, then you can have it. Nothing can stop you. But are you really serious? 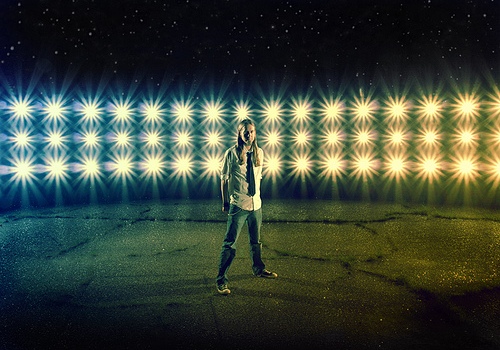 18 thoughts on “How to Succeed at Anything”