It’s nearly impossible to know when you’ll be moved by something; when something will impact you in such a way that you feel inspired and driven to take on the world. It can happen when you least expect it—a movie, a news headline, the sudden death of a loved one—but when it does finally hit you, that spark inside has the power to do great things.

When I learned of the death of Natasha Richardson in 2009, I, too, had one of those impactful moments. I couldn’t stop thinking about what had happened to her, after skiing like so many people do each and every day. Thoughts about her family and last moments ran through my mind over again, and no matter what I tried to distract myself with, I couldn’t shake it. Finally, I stopped trying to. I embraced the tragedy that was knocking loudly at my door and decided to let it in and figure out what to do with it. From that point on, my life has changed forever.

As I analyzed the connection I felt to this situation, I realized that sudden death approaches us just too quickly, before we have a chance to sort out our problems, to send that thank you note, or to finally have that first kiss. Though I knew I could never recreate those moments for people, I wanted to give them a chance to have something like it. I started collecting letters from strangers, asking them to say something they’ve always wanted to say to someone but never did. I knew that just as Natasha’s family would appreciate having that unspoken conversation, others would as well. My letter-collecting project would be called The Things You Would Have Said.

Over the past three years, I’ve had the privilege of hearing from people across the world about moments and experiences they’d like to have shared with loved ones. As I discuss in my recently released book based on the project, “Wives angrily wondered why their husbands had taken their own lives, mothers apologized to their never-born children.” I learned about difficult times, but also of fond memories, and was welcomed into the lives of thousands of strangers. The writers continually tell me how necessary it was for them to participate, and how writing a letter truly gave them a chance to get things off their chest and discover a sense of peace. Through this project, I’m able to help people in a way that I never would have imagined. People have helped me in a way that I never would have imagined.

The Things You Would Have Said has been an unbelievable and uplifting experience, and I couldn’t have started it without first allowing my surroundings to affect me. If I could pass on one lesson I’ve learned, among many, it would be this: let the world ignite something inside of you. Be open to the emotions that surface. Why are you angry? What about this makes you cry? Are you being called to action? Instead of minimizing those answers, embrace them. Be the courageous individuals that you are and use that spark to do good, to change lives, and to make the world a little bit easier to manage for everyone in it. What an honor, right?! I can’t wait to see what happens. 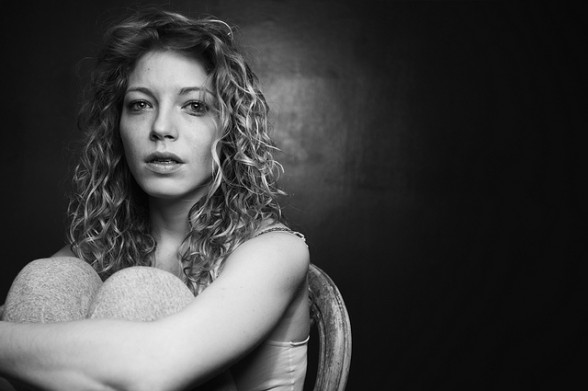 Jackie Hooper is the creator of The Things You Would Have Said project and book. Visit www.wouldhavesaid.com and buy the book here.

17 thoughts on “Let the World Change Your Life!”