My life changed with a spade fork in my hand and the hard earth under my feet. I was a screwed up and angry fifteen year old, standing in my family’s backyard vegetable garden. Red eyed and brain fogged from heavy drinking and chain-smoking pot the night before, I was in a pretty ugly state. It was a Saturday morning in the spring, and my parents had gone away to the country for the weekend, leaving me home alone, much to my relief of not having to go with them.

My father left me with a project for the weekend. He asked me to dig up the family garden, which was hard and compacted after the long winter. Next to going away with mom and dad, digging up that garden was the last thing I wanted to do with my weekend.

My life at that time was an ongoing state of angry torment. I was in a hateful mood all the time. I got in fights at school during the week and went out with my friends on the weekends drinking, taking drugs, and committing acts of vandalism. At home I hated my family, and social life at school was a tortuous struggle. I dealt with all this pain by staying stoned whenever I could, which was pretty much all the time since I sold pot to support my habit.

So there I was standing on the hard earth in Dartmouth, in the month of May, the late Nova Scotia spring just about to burst forth. I knew fully well that I wasn’t going to dig up the garden, but I had to go through the motions anyway. I knew I would dig for maybe five minutes before throwing the spade fork down in a disgusted fit.

And so it went. I hated the garden, I hated my father, and I hated the spade fork. But most of all I hated myself, and spending three or four hours sweating away in the backyard would be spending way too much time with someone I hated so much. So I dug for two minutes and then I stopped. I stood there and thought for about five seconds, and that was it: “Fuck this, I’m not digging up this fucking garden!!” as I slammed the heavy oak handled fork to the hard, untilled ground.

I was so pissed off at life for exposing me to such bitter suffering. I was smothered in a cocoon of self-loathing, and the only thing I knew how to do was to keep spinning more webbed walls. This had been going on for years, and I just didn’t see another way to approach life.

But then something happened. I don’t remember what triggered it, but suddenly some kind of new awareness opened up inside of me. I was all of a sudden aware of my past and understood how I had arrived at this juncture of my life, and I saw my future unfolding before me with vivid clarity.

I could see my past and I could see the rest of my life, and what I saw was myself going down the slippery slope of failure, the same slope I had been sliding down since the beginning of teenagehood, and the hard surface of that untilled garden was the perfect frictionless pathway I needed to keep on sliding down and down and down.

I suddenly saw that untilled garden as yet another of the thousands of untilled gardens of my painfully hateful existence. The past and future came vividly together in that very instant. It was a moment where I stood back and viewed everything from above with complete awareness, and in that moment it was clear exactly where I had been and exactly where I was going, if I continued on that same hopeless path.

As that flash of realization illuminated my mind, I stopped in my tracks and did a 90º turn, directly onto a new path. In that moment I made the choice to get off the sliding slope to nowhere. What I saw in that moment was that life wasn’t going to ever change unless I changed.

Up until that point I had been living with the belief that I was a victim of some unknown hurt, that somebody somewhere had wronged me, and that one day it would be fixed. I had believed some external justice system would come to the rescue. I would be saved and would finally be happy. The big realization in that moment was that, that wasn’t ever going to happen. It was completely up to me.

So on this particular day, as my mind opened, I leaned over and picked up that spade fork. I picked it up with a joy and an enthusiasm like I had never known before, never in my wildest dreams could I have even imagined it. I picked up that spade fork, that tool of enlightenment, and I dug up that big old garden. I was so happy and so exhilarated that I don’t think I even stopped for a break. And on that particular day I found my footing in the good earth and began the journey forward. 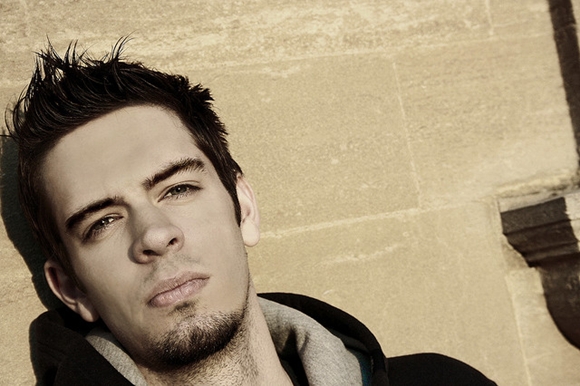 22 thoughts on “Only You Can Change You”