Working in the personal growth niche, I am unfortunately subjected to a lot of waffle masquerading as professional advice.

Some of these wafflers may be better business people than I am – some certainly charge others big dollars to see them waffle – but regardless, they are blatantly spouting waffle and it’s just about criminal in my opinion.

How to Completely Alienate A Room Full of People

For example, the other week I was visiting the office of a company I do some work for, and I happened to walk into the middle of a staff meeting. There was a consultant there who after looking very pensive and listening intently with a furrowed brow (ok he probably used his ears to listen, but let’s not get technical) eventually spoke up to tell the employees who he was and what he was there to do.

He first explained that he would be ‘floating around’ the office for a couple of weeks ‘getting a feel for the place’. Ok makes sense so far but as a fellow human being I knew straight away that this was an awesome way to get the staff on the back foot from the get-go.

He might as well have said “Ok everyone, I am going to be snooping and spying on you, and probably irritating you with my own unsolicited opinions on how you should be doing your work and then I am going to go back to your boss and tell them which people I think should be fired.”

The Art of Speaking Without Communicating

However, to his credit, at least this was not strictly waffle – double-speak maybe – but not actual waffle.

But, mark my words, there was waffle yet to come (which was a shame, actual Danish waffles on the other hand, would have been a much more enthusiastically received).

He went on to explain in great detail what it is that he does for organizations in his role as a consultant. He used countless wonderfully witty words, some nifty sounding jargon, many spiffy catch-phrases and an array of very expressive hand gestures – but only one sentence.

One looooong, winding sentence that made no sense at all.

I seriously didn’t understand a word of it and by the end wondered if I might have accidental dropped a random tab of acid because he might as well have been speaking Swahili for all I knew. I asked around afterwards and nobody else knew what his gushing platitudes meant either. He still got paid though, and handsomely, so kudos to the Waffleman … I suppose.

How to Get Rich Using the Law of Distraction

I also read a lot of personal growth articles, and as I’m sure you know, they aren’t all created equal. I read one the other day by a very high profile author and workshop presenter whose main recipe for huge success in life goes something like the following:

“Learn how to bend reality by manipulating your metaphysical connection to the Great Supra-consciousness in the sky and then sit back and enjoy the Magic as it unfurls and fills your current physical-plane incarnation.”

Now that may be pretty common advice these days – but it is also waffle. Popular, profitable, manipulative, time-wasting, empty rhetoric.

So here is an antidote to this kind of fluff.

Please Note: This plan should be read with the understanding that “success” is a word that means different things to different people.

1. Decide what you want

Create a vision of what you want out of life. Write it down, make a dream-board, or a mind-movie – whatever you feel BUT make sure it is an authentic dream not something that you are going to want to change all the time.

Take your time about this – but not a decade. Choose a target and go for it. You CAN change later if you need to – and you probably will – just don’t be flip-flopping left-right-and-centre like an indecisive, suffocating fish.

Oh, and I recommend that you read up on Curly’s Law to help you decide what you want, which also leads me to the next point …

Now that you have your Vision – write a simple One Page Plan outlining how you think you might get there. (You can write a complicated, 100 page plan if you want, but this is my list and I won’t have a bar of that – see “7 Reasons to Set Fire to Your Career Plan”).

Check that plan regularly. If it is nice and simple then it should be lodged into your brain before too long.

Break the plan down into Big Rocks – which is productivity jargon for the actions that you can choose to do (out of many) that will move you closest to your goals. Make sure you do as many of them as you can everyday (without burning out) and always check that they actually are important, effective actions – not just busy-ness for its own sake.

Unfortunately, for I am a truly Lazy Dude who would much prefer to do very little, there seems to be this weird rule that no amount of waffling affirmations can get around. The rule is: No Pain, No Gain.

I love Jerry Seinfeld and I heard him get asked by a journalist once what his secret for aspiring comedians was. Jerry just laughed (in a very sardonic, God-I-am-just-so-rich kind of way) and said “Just work. That’s it. Just work.”

The biggest mistake I repeatedly made in my first 30 years of life was lacking persistence.

I was always busy looking for the shortcuts to success – which I never found (hint: they don’t exist). Now I look back and know that if I had stuck to the Long Way Around – I would be there by now.

Some of the lamest, most talentless dorks I know have amazing careers and are very wealthy just because they were still persisting long after everybody else quit. Some people who started yoga at the same time that I started dabbling in it ten years ago are rubber-band-flexible yoga teachers now. I quit after a year or so and then started again last month to discover that I have become even more like an uncooked piece of pasta than I suspected.

When I had the dubious pleasure of working in advertising sales I learned an old sales cliché that really helped me:

Bear that in mind when the first go fails. And don’t act all surprised when it does because of course the first go will probably fail. So will the second. And probably the third too. It’s go number X – the one that works – that counts.

Remember: the world doesn’t owe you squat. You have to earn what you need and want.

If you are going to go for it, there will always be those (often those closest) who will knock your dreams down every chance they get.

Don’t listen to them.

When you hear positive, constructive criticism, listen up and listen up good, but when you hear a knocker – switch off. These people are limited by their own insecure minds; you don’t need to listen to them and to do so would be a mistake.

I saw this written another way somewhere else lately as “Be a contrarian”. In other words – Zag when every body else is Zigging. When people say: “you can’t do it that way”, you should reply “Just you watch me.”

There’s no point saying “watch me” if everybody watches just to see you skulk back off to your bedroom.

Either keep your grand plans to yourself or make sure you follow through and do what you say you’re going to do. Otherwise people will lose faith in you and you’ll be seen as nothing but the “Dreamer Who Cried Wolf”.

The truth is this last tip won’t actually make much difference. People say it does but that’s just waffle. Look around – there are some pretty nasty, greedy, callus people at the top of the heap. We all know they didn’t get there by being friendly little pussycats.

But is that what you want to be like? I know it’s not for me, and I hope for the sake of this world, that it’s not for you either. Think about what you do and say and how it affects others. Is money and power worth the human and environmental cost of a selfish, uncaring act?

Dude, I don’t like waffle, but I’d sooner swallow more of that distasteful fluff than carry on like some of the nasty, misguided fools I see on the TV news… 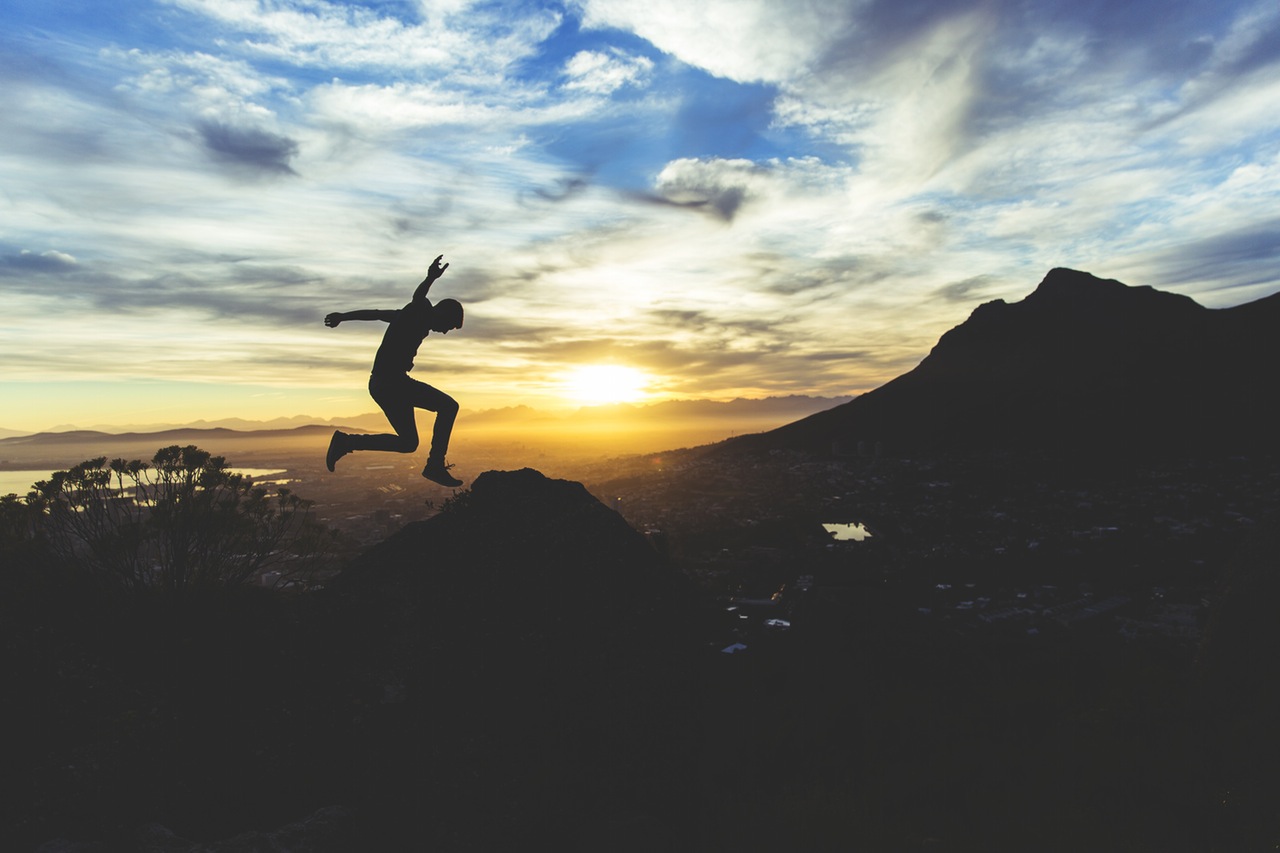