You never really understand a person until you consider things from his point of view… Until you climb inside of his skin and walk around in it.

― Harper Lee, To Kill a Mockingbird

Every year when my mother’s birthday rolls around I visit the same story in my heart. The story of repairing a relationship and building a bridge.

Growing up I had many issues with my mother. One was, I was an unplanned pregnancy and never felt the love I craved so deeply.

This all changed through something my mother did and we began to build a bridge between the chasm that kept us emotionally and relationally apart.

It all began with lunch.

After I was married for a few years my mother asked me to meet her for lunch. It sounded serious but I was a dutiful daughter and of course said yes.

I felt a beautiful hope rise in my heart like the golden sun rises over the ocean. She asked me if I wanted to be friends.

We’d been more like frenemies than friends. I didn’t like being frenemies. I wanted this friend thing. I responded with a resounding yes.

And so it began.

Building a bridge of understanding.

Our relationship was broken for many reasons but we learned there was really only one at the core. Our perception of each other was skewed by lies caused by misunderstanding.

There are many things we needed to repair our relationship but it began with these two – questions and listening.

Lots and lots of questions and active listening.

Questions like What were you thinking when you…? Why did you do….?

Listening that didn’t argue, but heard and accepted the others view as their truth.

The secret to our success.

Asking and answering emotionally charged questions required us to make ourselves vulnerable to each other.

It was hard but we had a secret to our success.

We both held the same goal of connection.

This gave us the bravery to expose our secret feelings and perceptions to each other in the face of emotional fear.

We explained how we felt when the other had done certain things we were hurt, angry or upset about. We were specific and we didn’t hold anything back.

We both suffered differently but deeply suffered.

Through the sharing, we saw through each other’s eyes. That’s how we learned our misperceptions had told us lies about each other.

The new understanding removed our perception of malice fueling the anger behind the pain. Trust grew.

My mother and I became extremely close and it began with a simple invitation.

Everyone has their perception – how they see things and process them.

Until my mother and I opened up and shared our differing views – our relationship suffered.

When we thought we knew what the other was thinking without them saying, we were wrong in what we believed – we believed lies.

Perception is powerful and changes everything.

“Perception is reality to the one in the experience.”

― Danielle Bernock, Emerging with Wings: A True Story of Lies, Pain, and the Love That Heals

You’ve heard of a generation gap.

There is also a Perception Gap.

My mother and I bridged the gap with understanding and became very close.

I had the privilege of being with her, holding her hand, when she passed away.

That was many years ago yet every year around her birthday I revisit this story and want to honor her for her courage to invite me to lunch and ask a simple question.

Do you have a relationship that needs repair? Are you willing to build a bridge? 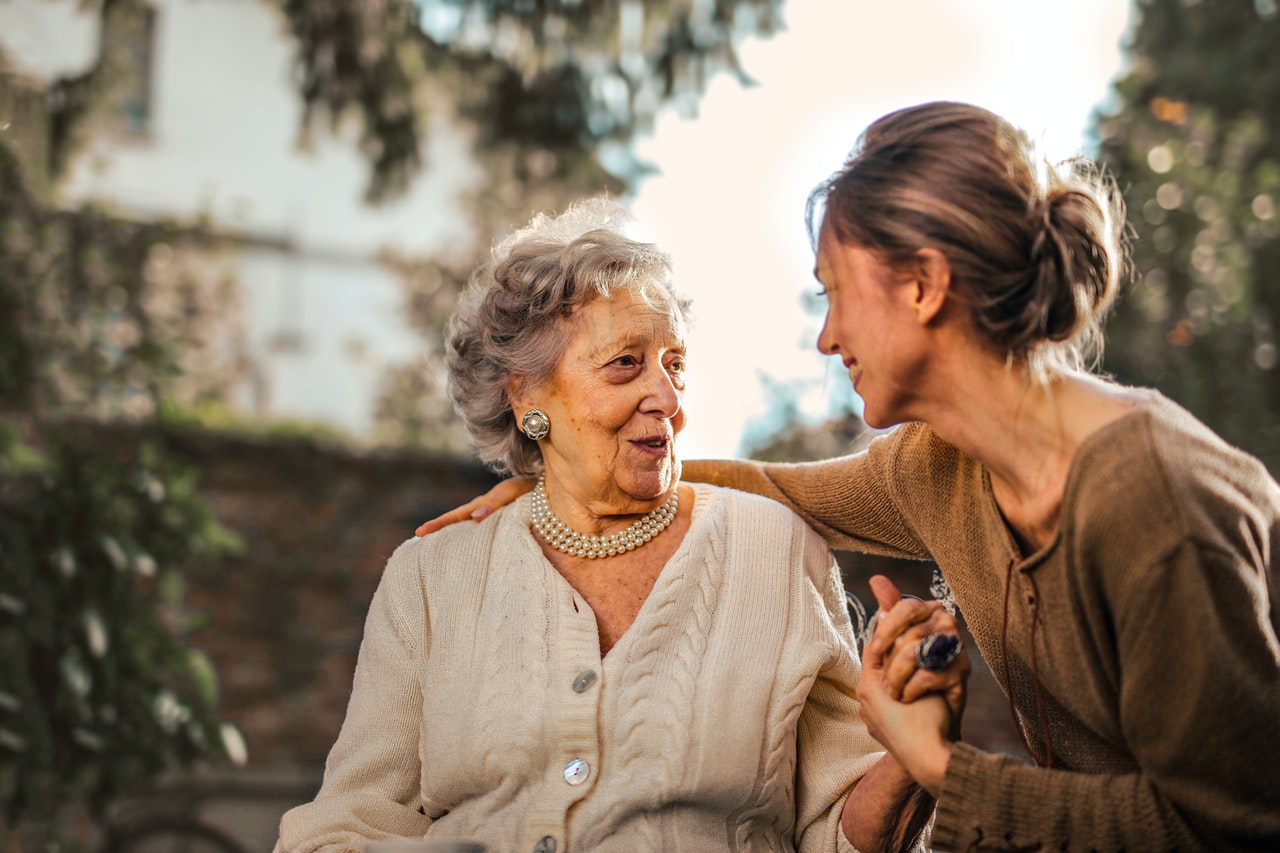 Danielle Bernock is a published author and writes to encourage others they are worthy of love and have great value. Her first book Emerging With Wings: A True Story of Lies, Pain, And The LOVE that Heals has changed many lives. Visit her at her blog daniellebernock.com for a dose of encouragement and free resources.