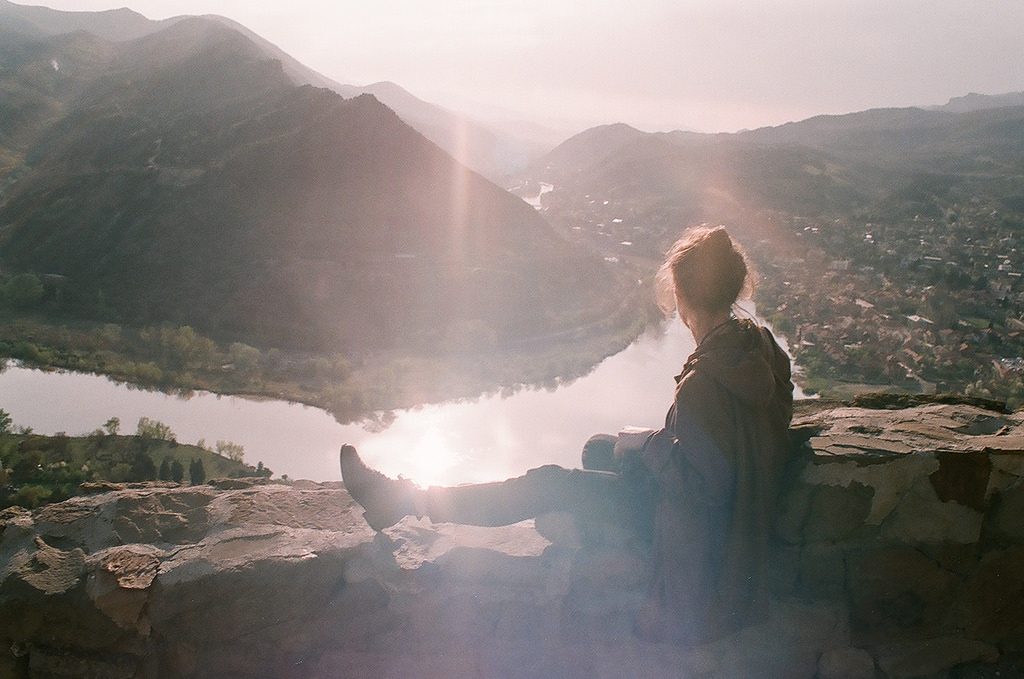 “And the day came when the risk to remain tight in a bud was more painful than the risk it took to blossom.” – Anais Nin

I remember the first time I saw the Houston skyline.  I was on Spirit flight 49, seated next to an enthusiastic Mexican-American minister and his wife, celebrating and finishing up our margaritas.  The song “Dreams” by the Cranberries had been playing in the terminal when I had boarded the flight in Detroit, and it still resonated in my mind as endless highway and skyscrapers came into view.

“Oh, my life is changing everyday, in every possible way.”

Up until that point, the course of my life had been set from the time I was 18.  I had always wanted to be a special education teacher, and I knew the local people who could make it happen.  My family could not afford to send me away to college, but I used loans and scholarships to pay my way into a small, but well-reputed, university 30 minutes from home.

I did well in my classes, worked part-time, and lived with my parents until I married my high school sweetheart at age 22.  He worked retail while I used loans and grants to continue my education.

These were some of the sweetest years of my life.  We paid $1000 to have a 12 X 60 mobile home moved onto an RV lot in a “mobile home resort” in a rural area in northern Michigan.  We loved the simple lifestyle in the tight-knit resort community.  Our friends were mainly retirees.

I graduated and found a teaching job 45 minutes away.  I was happy staying where we were, but everyone told us that we needed a “real house” if we wanted to have kids.  We both desperately wanted a child, so we began the process of house-hunting.

We ended up in a 4-bedroom chalet in a wooded resort community, not far from where I worked.  I loved the hills, the endless forest, and the quaint Christmas lights that illuminated the town when we closed on the house on Christmas eve.

The house needed a lot of love, and at first we enjoyed maintaining it.  But, gradually, we found that our hearts weren’t into the repairs and the yard work.  We preferred taking road trips and sailing.  We owned a 20-foot sailboat and spent two weeks exploring Lake Michigan one summer.

It was after that summer that I became pregnant, and our daughter entered our world.  We designed an adorable nursery for her and filled it with toys.

Meanwhile, I was no longer loving my job.  I found myself in the middle of small town politics, and it became worse every year.  I saw that I was burning out and losing my passion for teaching.

As I drove home from work everyday, I saw the sidewalks lined with teenagers pushing strollers, and I began to question whether this was where I wanted to raise my daughter.  Yet, we had a mortgage and a large home, and I had a steady job with a retirement plan.  Leaving simply wasn’t an option.

During those years, my greatest joy was found in sailing.  We upgraded to a 29 foot sloop, and in the summer of 2012, the three of us lived aboard for 91 days, cruising from Lake Huron to Lake Michigan.  On the water, I became someone else, and I experienced a confidence, freedom, and peace that had been previously unknown to me when I was at the helm.

That summer, all three of us thrived.  Our daughter, who had been diagnosed with autism, had the time of her life.  Marinas are social places, and every port had a playground nearby.  She made friends quickly, and our life was filled with social interactions that just didn’t happen at home.

It was a strange day when we dry docked our boat in Grand Haven, Michigan the day before I was to return to work.  Our daughter excitedly ran around the house, happy to be reacquainted with her multitude of toys.

Then she headed to the door, proclaiming, “I go to park!”  She cried when I reminded her that there was no park across the street.

That year I was actually excited about returning to work.  I was in a new position and was filled with energy that I had not had in years.  I was sure my tenth year of teaching would be the best yet.  I worked to revamp a failing program and was sure that my hard work and efforts were finally being noticed.

The job, coupled with the excitement from a successful summer on the boat, reawakened a creative energy within me, and I threw myself into writing my blog.  Through the blogging community, I began to question a number of assumptions I had held about myself and about life.  I was purpose-filled and purpose-driven.  The world was opening up before me.

Then, in February, it all hit the fan.

I was removed from my position at work and returned to my old one.  It turns out that I had been a pawn in a small-town squabble between two prominent people in the school, and that there had been no way I could win.

During that dark winter, in early 2013, the illusion of security was shattered.  It was an unusually cold, snowy winter, and we moved into the basement to save money on our heating bill.  For weeks, I sat in front of our space heater in the windowless basement, wondering what to do next, what would happen.

Could I support my family?  Would we starve?  Could I even find another job in the bleak economy in Michigan?  What about the house?

All the growth I had experienced during the year, came into question.  What was real and what was the illusion?  At times I became depressed and withdrawn, and even suicidal.  It seemed there was no light at the end of the tunnel, that I was trapped in that dark basement, with no future.

Compounding this stress and fear was the fact that my daughter would be entering kindergarten, and there was no program that would suit her needs, and no money for the services she would require.  She was brilliant, but we were facing the possibility of her ending up in a life skills program, unable to obtain a diploma when she got older.

Then I saw the flip side of my situation.  Without the “need” for security, we were truly free.  We no longer needed to be imprisoned by that house, that mortgage, that town, or the job I didn’t love.  We knew the life we wanted, and it was ours for the taking.  Without “security,” none of the rules applied to us.

And so, that May I had the Skype interview with the school in Houston, and the weekend after, I found myself on that plane, seeing my new home from the sky and celebrating my new life with the couple sitting next to me.

We’ve lived here for two years now, and I am writing this story from inside the cabin of Breaking Tradition, our 35 foot sailboat and home.  We no longer have housework and yardwork, and I no longer fear losing the security of my current job.

In fact, even while I am teaching, I am working to start my own online counseling and coaching business, so that I can help other people to let go of their illusions and limiting beliefs, in the hopes that the world will open up for them as well.

Bethany helps others to tame their wild horse minds so that they can overcome their fears, realize their dreams, and achieve their full potential.  On her website, she offers low-cost e-mail, chat, and video sessions.  Also, be sure to check out her blog.

18 thoughts on “How I Hit the Reset Button on Life”