I ran my first kilometre when I was in Grade five.  I hated it.

I was in Mr. Pawlak’s class that year.  Mr Pawlak was the resident health nut at our school.  He wore gym clothes when he taught us Math.  It was 1981, right before the huge Adidas bag craze that hit in grade six in 1982.  He wore Adidas short shorts – the ones with the white stripes down the sides – and he paired them with a tight striped polo t-shirt.

He created something he called the Health Hustle for gym class, which was essentially low impact aerobics set to music.  Personally, I blamed this new daily physical torture on Olivia Newton John’s “Physical” album.  Fitness – and 1980s workout wear – were all the rage back then and Mr. Pawlak wanted to make sure we were fit.

I was a skinny kid when I was 11, but I wasn’t fit.  Seriously, whenever I heard “Bad, Bad Leroy Brown” or the instrumental “Popcorn” songs outside the four walls of our school gym, I would start to sweat involuntarily and breathe heavily like a Pavlov dog.

Mr. Pawlak was also in charge of something called the Kilometre Run.  It wasn’t enough that I walked back and forth to school, or had to take part in the Health Hustle.  Now I had to devote both my recesses to running kilometres when I’d rather be walking around the playground, munching on  Ruffles Sour Cream and Onion chips.

He mapped out a full kilometre that circled around the school’s adjacent park.  Our progress was tracked with Popsicle sticks; one stick was handed out when we reached the halfway mark and another was given to us when we ran a full kilometre.

I was lucky if I could collect two Popsicle sticks in one fifteen minute recess.  I was so slow.  I’d huff and puff as I watched Pasi and Santos (they had unique names that I obviously remember to this day) lap around the park like Gazelles.  They were jocks.

I was not a jock.  I hated the Health Hustle.  I hated the Kilometre Run.  I hated the mandatory Participaction fitness tests we had to take part in every year.  And don’t even get me started on the end-of-year track and field season.  I still block those memories from my mind because they are too painful (yes, I’m looking at you, hurdles).

I was seventeen when I ran a kilometre willingly.

I took the semester off from high school.  I was recovering from my first depressive episode.  One day, sitting in my bedroom, I had a sudden urge to move.  I couldn’t sit still to save my life.  I had all this pent-up anxious energy that needed to be released.

So I threw on an old pair of sweats, laced up my sneakers and headed to my old elementary school and ran the kilometre route Mr. Pawlak outlined for us years ago.  I ran and ran.  I think I ran two kilometres that day.  I didn’t get any Popsicle sticks, but when I stopped, I got something even better: a little taste of peace.

Some people turn to alcohol or drugs or sex when they are stressed out of their minds; I just run.  I never ran during times of calm, though.  I never felt the need to run when I got married or when our children were born or when I started a new job.  Even when I gained weight with my pregnancies, I didn’t lace up my sneakers and go for a run.  I just walked and ate healthier and lost the weight that way.  For a long time, while life was good, I didn’t run at all.

That all changed the summer of 2011.  That was when I started running kilometres to save my life.

We spent most of that summer in the hospital, knee deep in medical tests.  My husband, James was not feeling well.  He was losing a lot of weight.  Even after blood draws, endoscopes and colonoscopies, we still had no idea what was causing him to feel unwell.  The uncertainty of what was wrong with him had me grabbing my iPod and my running shoes, trying to sprint my burgeoning fear out of me.

I continued to pound the pavement with my New Balance runners when James was diagnosed with pancreatic cancer a few months later.

I ran on a treadmill at work during my lunch hours when James started chemo.

But I stopped running kilometres when James’s kidneys stopped working.

I stopped running kilometres when I dropped down to 95 pounds.

I wasn’t running kilometres at all when James died.

For a long time, I wasn’t doing anything but breathing.  I was barely putting one foot in front of the other.  Seconds and minutes felt like hours and days.  I couldn’t tell you what day it was.  I wasn’t eating.  I wasn’t functioning.  How can you run when you can’t even move?

It was a year later – as a 43 year old widow – when I started running kilometres again.

My therapist suggested I try running again after she heard how much it helped me in the past.  This time I didn’t leap at my runners; I tentatively slipped my feet into them instead.  Before I stopped running, I was jogging a five kilometre route easily.  My therapist told me not torun 5K right out from the start.  So I set out on an old 2K route, thinking that I could run that distance easily enough.

I couldn’t even run two kilometres.  I ended up stopping in front of the kid’s school, physically and emotionally spent.  My knees buckled and I dropped down to the curb and started wailing.  I sat there and cried until I had no more tears in me.   And after awhile, after my tears dried, I slowly picked myself back up and jogged the rest of the way home.  The next day, I ran the full two kilometres without stopping.  And after months of stops and starts I’m finally back up to running my five kilometre route again.

I do not know how to move forward in this new life I find myself in.  I don’t like this new world all that much.  The colours are not as bright, My taste buds are dulled.  I don’t smile the way I used to.  I don’t quite understand this world without my husband in it.  There are many times throughout the day when I don’t want to move forward…because doing that takes me further away from him.  I have yet to figure out how tomove forward in my life and take him with me in a way that honours his memory and our life together but still allows me to live.

I think maybe I’m not ready to figure that out yet.

My relationship with running has evolved throughout the years.  It’s more than a little ironic that something I once hated is now the thing that is literally saving my life.  Sure, running is good for my health, and that’s a part of why I run.  I know I’m in the best shape of my life right now; heck, I could collect five Popsicle sticks (2.5 Ks) during a single 15 minute recess at the pace I run at now.

But running gives me so much more than that.  It clears my mind that seems intent on spinning and obsessing over things I can’t control.   I feel stronger after a run; I don’t think I’m very strong, but running seems to at least make me feel as if I am.   It gives me a great outlet for the anger that seems to come out of nowhere these days.  Pounding the pavement in rage is much better than smashing dishes in the kitchen.

I might not be able to move forward yet – at least not emotionally – but running allows me to physically move forward.  And maybe one day that physical momentum will jumpstart my head and my heart so they can keep pace with my legs and my feet.

One day, I will run my first kilometre into my new life. 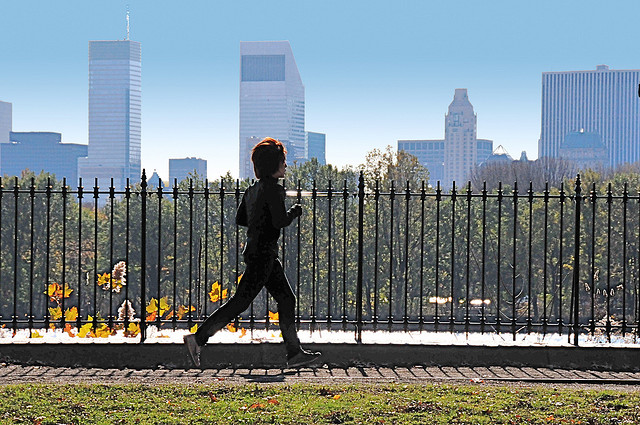 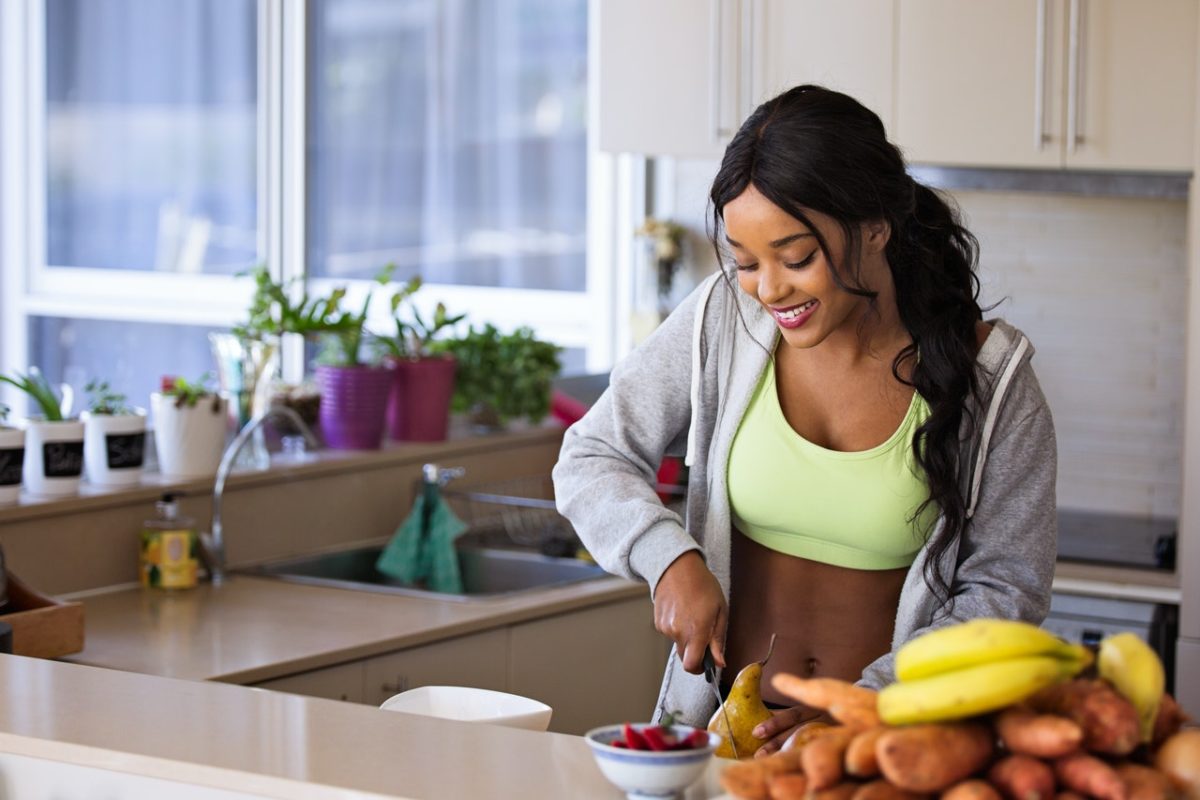 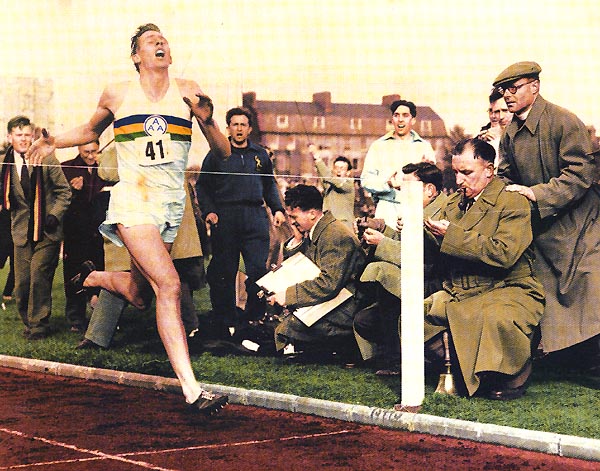 Stacey Paterson is a blogger and a young widow. Read about her journey at whenimgrownup.wordpress.com.

13 thoughts on “Running to Save My Life”