“All men dream, but not equally. Those who dream by night in the dusty recesses of their minds, wake in the day to find that it was vanity: but the dreamers of the day are dangerous men, for they may act on their dreams with open eyes, to make them possible.”

My whole childhood I was afraid being trapped. It wasn’t so much trapped in a physical sense, like claustrophobia, but more the psychological feeling of having no way out, no room to make decisions, and no way back. Maybe it’s due to the fact that I grew up in a strictly traditional, conservative, and almost smothering family. Maybe it’s because I’m a Sagittarius. Maybe it’s the result of seeing lives of the people around me and knowing I didn’t want that for myself.

It’s not that they had a bad life; in fact, they had a very ordinary, middle-class, want-for-nothing kind of life…at least, in the physical sense.

And I was, for the majority of my life, the poster-child daughter. I did it all: student council representative, twelve season varsity athlete, national honor society member, valedictorian of my class…everything that was expected of me, I fulfilled.

It all sounds fine and dandy, but the thing is, I always felt like something was missing.

Every day I asked myself these questions but, in the end, my obedience always won out. The part of me that begged for freedom, for breaking the norm, and for making my own decisions was always silenced by the time I slept at night.

When I dreamed about my future life, however, it was a whole different story. I imagined myself on some grand adventure, an explorer or nomad wandering the world in search of the meaning of life. I pictured the sun setting over the Himalaya as I sat sipping tea and meditating from a Buddhist temple, sailing the Nile past the great pyramids and the temples of Luxor under a night full of stars, renting an old Volkswagen van and driving across the Americas…I dreamed in school, at work, on the sports field, even in church. If anything, the dreaming was the only thing that allowed me to tolerate the exhausting lifestyle I was leading.

For the time, dreaming was enough. It was an escape from reality. And actually, everyone does this; we dream of new cars, more enjoyable jobs, a better house, a more carefree lifestyle, our childhood fantasies that we never got the chance to realize. We convince ourselves that if we dream enough, it will magically happen one day.

Or so we hope…

Because then one day we might wake up when we’re old and ailing, and we will look back on our life and regret all the times we dreamed instead of acting. If only we applied for the new job instead of just imagining it; if only we took that extra vacation to visit Paris like we always dreamed of; if only we put more money in savings so we could have retired earlier; if only, if only, if only…

I had my awakening when I read a book that changed my life. I picked up Paulo Coelho’s The Alchemist in the airport on the way to visiting yet another college, and I was completely shaken by the simplicity and gravity of its message. I will never forget Coelho’s message about those who become too attached to the idea of their dreams, illustrated by a glass merchant who always wanted to travel to Mecca:

“It’s the thought of Mecca that keeps me alive. That’s what helps me face these days that are all the same… I’m afraid that if my dream is realized, I’ll have no reason to go on living. You dream about your sheep and the Pyramids, but you’re different from me, because you want to realize your dreams. I just want to dream about Mecca. I’ve already imagined a thousand times crossing the desert, arriving at the Plaza of the Sacred Stone, the seven times I walk around it before allowing myself to touch it. I’ve already imagined the people who would be at my side, and those in front of me, and the conversations and prayers we would share. But I’m afraid that it would all be a disappointment, so I prefer just to dream about it.”

I realized that I was acting the same way as the merchant from the story. Deep down I knew that I would never live the life I wanted, the life I envisioned for myself, if I didn’t make a change. I was on the fast-track to a standard American college experience, a high-paying, 9-5 corporate job, a clean-cut family all-American family, and everything else I had always desperately wanted to avoid for fear of becoming trapped. Needless to say, nomadic adventurer was nowhere in sight on that track.

This hit me really hard. I realized that I had to make some major changes in my life, and I had to start immediately.

I discarded everything about the person everyone thought I used to be; the old Kelsey became a ghost of my past. I stopped going to church and started researching and experimenting with religions I had never even heard of before. I turned down prestigious scholarships and college offers and arranged a gap year to São Paulo, Brasil, which would later turn into an indefinite gap year as realized that I never wanted to return to my previous lifestyle. I became an autodidact, teaching myself everything from HTML programming to the Portuguese language.

I started, for the first time in my life, to live for myself. The relief I felt was like diving into a shimmering pool after a long, hot day in the scorching sun.

Even my health issues started to resolve themselves; my asthma and breathing improved, as did my chronic back pain. As I began to slowly distance myself from my suffering, a weight was (quite literally) lifted from my shoulders.

Not to say it was easy, though. On the contrary; it was the hardest thing I’ve ever done in my life. I met a bloodbath of opposition from my friends and family who declared that they didn’t even recognize me anymore; I had my entire bank account, passport, ID’s and wallet stolen by those closest to me in an attempt to stop my “madness.” Everywhere I turned people tried to convince me that I was making a mistake. I almost gave up many, many times.

But now I’m here, and the only regret I have is not having this realization sooner. I’m still far from becoming the worldly wanderer that I always dreamed of, but at least now I’m on the right track. In my opinion, the world is too big to be trapped in one corner, and life if too short to not live for yourself.

I wanted to share my story to encourage the other dreamers out there not to let their lives bind them and hold them back from achieving what they want from their life. If I can give one piece of advice, although probably corny and overrated, it’s to follow your heart.

So shake off those chains, whatever is holding you back. It’s ok to be a little afraid; it’s ok not to know what comes next. Just listen to your heart, listen to your intuition, because the only person who knows what’s best for you is YOU.

What change will you make today? 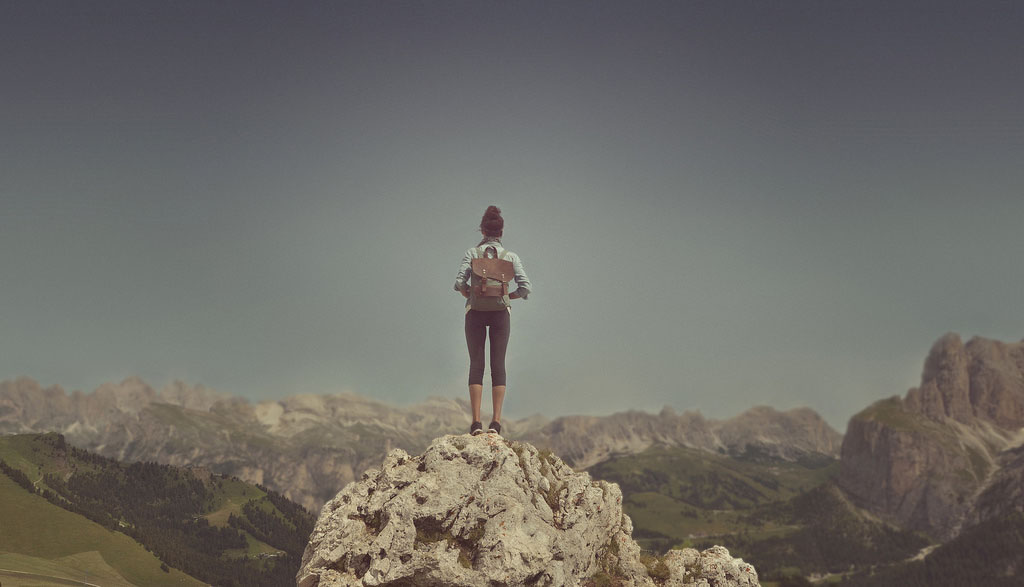 Kelsey Frizzell is a writer and founder at The Essential You. She is a former high school valedictorian and “poster-child.” Fed up and worn out, she finally shed off the expectations and pressures to make her own way. Leaving everything behind, she moved to São Paulo, Brazil with only $600 to her name and zero knowledge of Portuguese. She is now focused on proving how to create the life of your dreams without an institutional education. Find her on Facebook.

29 thoughts on “Breaking the Chains – A Story of Self Transformation”