One of the most significant breakthroughs in my personal growth happened when I admitted to myself that I felt like an impostor.

I’d been practicing law for around two years. My colleagues and clients consistently told me how much they appreciated my work. However, I was constantly plagued by a nagging suspicion that all the praise wouldn’t last. Eventually, I’d make a major mistake, or people would learn something embarrassing about me, and the image they’d formed of me as smart and competent would fall apart. It was as if I was an impostor—a fraud posing as a good lawyer—and sooner or later I’d be found out.

When this anxiety arose, my usual approach would be to deny it and insist to myself that I was the real deal. “No, that’s not true,” I’d tell myself. “I’m brilliant, hardworking, and all-around awesome.” Sometimes, this would temporarily pick up my mood. But invariably, the sinking sense that I wasn’t actually good at what I did, and that eventually my “deception” would be discovered, would return.

I grew more and more frustrated with my seeming inability to combat my negative thoughts. Finally, in desperation, I decided I’d simply let down my guard and accept that I felt like a fake. I stopped telling myself I shouldn’t feel that way, yelling at the negative voice in my head to shut up, and using all the other strategies I’d devised for protecting myself from the anxiety. “Okay,” I said to myself. “I feel like a fake, and that I’m deceiving people, and I’m afraid people will find out. That’s where I’m at right now.”

For a few minutes, I collapsed into fear and despair. An icy feeling gripped my chest, as if I were breathing below-freezing air. But then, suddenly and inexplicably, I started laughing. I laughed so hard I cried. Eventually, I could no longer keep my balance, and I lay on the floor for about an hour until the laughter died down.

The long-term effects of admitting where I was at were even more remarkable. Though it was hard to understand, I stopped taking seriously the idea that I was a fake and people were going to find me out. The thought still came up occasionally, but all I felt in response was the urge to laugh, as if it were the most hilarious joke I’d ever heard. The need to convince myself I wasn’t an impostor, and the tension and heat that normally arose in my body, were gone.

This experience happened before I developed an interest in spiritual teachings. When I started exploring books and workshops on spirituality, the reason why accepting how I was feeling created such a transformation began to become clear. Many spiritual teachers speak of the peace we can find by accepting what’s true in the present moment, without resenting it or trying to pretend things are different. Just aligning ourselves with what’s happening right now, it’s often said, can be a source of great healing and empowerment.

In The Power Of Now, Eckhart Tolle explains the importance and power of admitting and accepting what’s really going on inside us:

“When there is no way out, there is still always a way through. So don’t turn away from the pain. Face it. Feel it fully. . . . Keep putting your attention on the pain, keep feeling the grief, the fear, the dread, the loneliness, whatever it is. Stay alert, stay present—present with your whole Being, with every cell of your body. As you do so, you are bringing a light into this darkness. This is the flame of your consciousness.”

In The Heart Of The Soul: Emotional Awareness, spiritual teacher Gary Zukav also gives a concise description of how accepting our emotional state, as painful as it may seem, is the key to transforming it:

“The first step in changing the dynamic that creates an emotion is to experience the emotion. Resisting an emotion prevents you from exploring it. When you accept your emotions, they flow through you like air through a flute. You feel them, which allows you to learn from them. They show you where energy leaves your energy system and how. Your emotions are friends who bring news that you need to know.”

Many people are familiar with the idea of accepting reality as it is right now—particularly through Tolle’s work—and buy into it in theory. But in practice, if they’re in pain right now, it’s hard for them to live with how they’re feeling. The gap between where they are right now and the state of peace and composure they want seems so frighteningly vast that they don’t want to acknowledge it’s there.

What’s more, people tend to worry on some level that, if they stopped resisting what’s true right now, they’d somehow cause their feelings to become permanent. If they accepted that they’re feeling afraid, for instance, they might make themselves stay scared forever. And by acknowledging their negative thoughts, rather than fighting against them, they worry that they may “manifest” difficult events in their lives. Thus, they’re locked in a constant battle against the thoughts and feelings they don’t want to experience.

What we don’t often realize is that our resistance to our emotions, not the emotions themselves, is the cause of much of our misery. In my own case, it was my efforts to deny and push away my feeling of being a “fraud” that created my discomfort and anxiety. It may sound paradoxical, but it was only when I fully allowed the feeling to be there that it started to dissolve and leave me with a deep sense of calm. As it turned out, the gap between where I was and where I wanted to be was far narrower than I’d thought.

The next time you’re troubled by a negative, repetitive thought, I invite you to try this experiment. Rather than trying to counter it with positive affirmations, telling it to shut up or distracting yourself from it with some activity, try simply acknowledging that it’s there. Try on the perspective that how you’re feeling is neither good nor bad—it simply is. Notice how just recognizing and allowing the truth can help you come to terms with, and move beyond, your negative patterns of thinking. 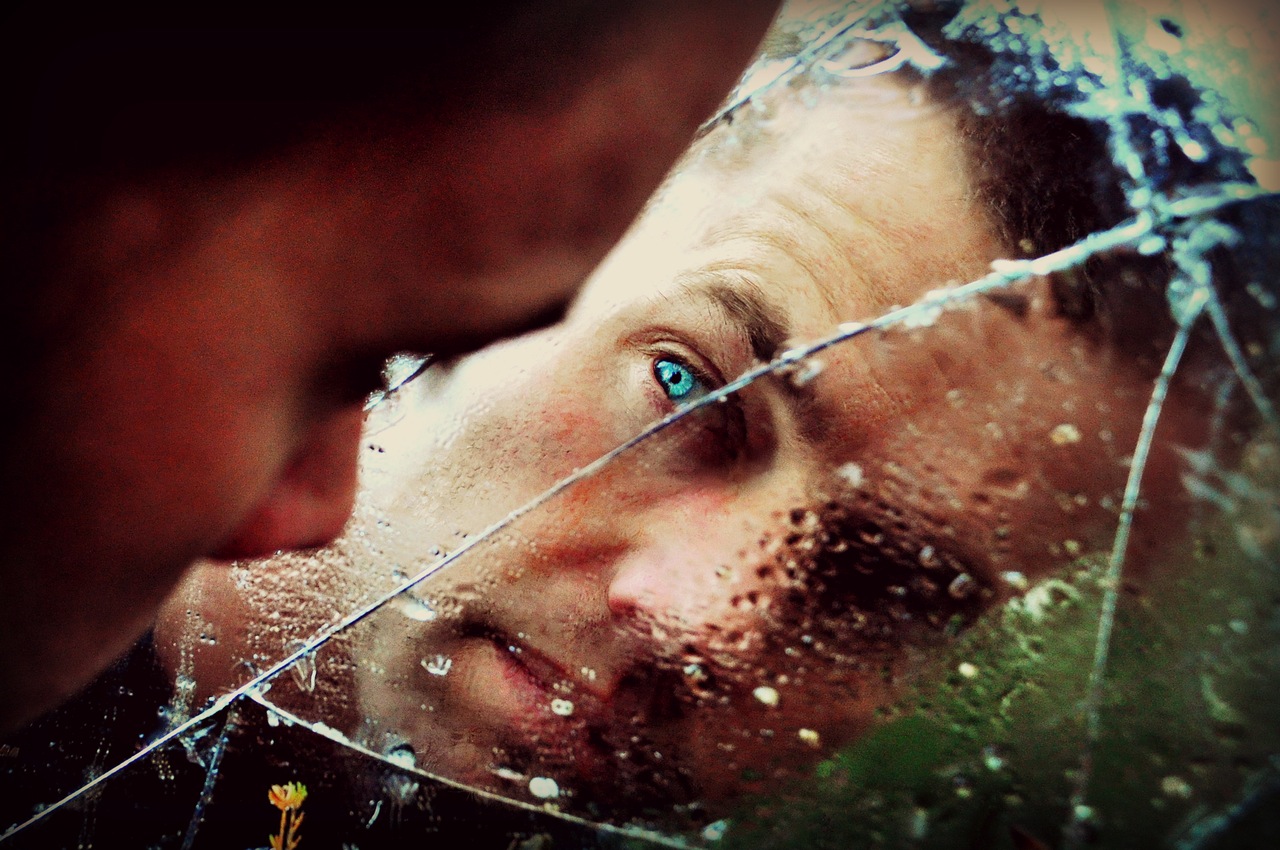 12 thoughts on “The Power Of Admitting Where You’re At”