It’s well over four years since I first wrote a post for The Change Blog … and during that time, my own life has changed dramatically.

Today is also a goodbye (and you’ll understand why when you get to the end of this post). Thanks for being part of my journey – and I hope that you’ll find something in my experiences that gives you new inspiration or motivation with your own life.

Here are the past four and a half years in my life … and what I learned from them:

When I first posted for The Change Blog in March 2008, I was just starting out on my journey. At that point, I was working full-time in IT. But at the end of July 2008, I left my day job to work for myself – and became a paid, monthly blogger here on The Change Blog. I had a place on a part-time Masters in Creative Writing, and wanted to be able to fully commit to this, too.

Those first few months were exciting, and also challenging. I was pursuing several different directions – paid blogging, keeping up two of my own blogs, and creating websites for clients. As part of my creative work, I began a new novel – a more ambitious project than I’d ever dared tackle before.

1. Sometimes, you have to make a big leap.

It was a scary step to go from full-time employment to making a living on my own … but I’d been saving up for several months, so I had money in the bank to cover my living expenses.

2. If you want to work for yourself, it’s a good idea to specialize.

I started out offering “writing and website creation”, which in retrospect was far too broad.

During 2009, I wrote and published an ebook, The Staff Blogging Course (which I later revised and updated into The Blogger’s Guide to Freelancing).

In June of that year, I went to a small business seminar – and met some wonderful small-biz types. At that point, I still saw myself as a “freelancer” rather than a “small business” … but this helped me begin to make the shift. That summer, I launched a new blog (my current one, Aliventures) and finished the first draft of my novel.

In November, my then-boyfriend proposed, and we began to plan for our wedding. We were also starting to think of moving from where we lived, in London – as we were both due to finish our academic courses in summer 2010.

1. Seeing yourself as an entrepreneur or small business opens up new options.

I’ve always enjoyed my freelance work, but writing for pay is never going to quite be the same as writing on projects that I plan and control from beginning to end.

2. You need to put yourself out there.

I began to do more guest posting during 2009, getting the attention of bigger names in the blogging world – this really helped me further my career.

When I think back to 2010, the main part that stands out is the summer. We moved from London to Oxford in June, and were busy planning our wedding for September. I had my creative writing portfolio to finish for my degree – the deadline was just a week or so before the wedding date.

Another highlight that summer was a family trip to Bangalore, to see the work of a small charity, Divya Shanthi, which our church supports. I was very moved by what we saw, and soon afterwards, I became a trustee of the UK charity that fundraises for Divya Shanthi.

I got married in September 2010, to my wonderful husband Paul. We had a very happy day, surrounded by family and friends … followed by a lovely, relaxed honeymoon in Northumberland. (I found that the world could survive if I didn’t answer emails for two weeks!)

1. The further you can plan ahead, the better.

I had a busy, stressful time in August, when I was very busy with my creative writing portfolio, a joint-venture writing project, and getting all the details sorted out for the wedding. In retrospect, I took on too much during 2010 and should have cut back earlier on to avoid problems.

2. We have so much that we don’t appreciate.

When I saw the depth of poverty that some families face in Bangalore, it made me realize just how lucky I am – and it motivated me to help by fundraising here in the UK.

Once I’d finished my degree – and all the busyness of summer 2010 was out the way – I had more time to take on new projects and explore new directions in my business.

In the last couple of months of 2010, I’d started coaching fellow writers – and this formed an important part of my work in 2011. I also launched two e-courses in 2011, which was my first foray into this form of teaching and content delivery. In November 2011, I spoke at an industry conference (BlogWorld) for the first time … and had great feedback.

2011 was also the year I knocked my novel into its final shape, with the help of a wonderful editor. I’d opened my eyes to the possibilities of self-publishing a novel in ebook form on Amazon and other major sites, something which was hitting the headlines during that year. In November 2011, I published my first novel, Lycopolis.

1. You’ll never know until you try.

I wasn’t initially too sure about coaching or running e-courses … but I loved doing both, as they let me interact directly with writers. I’ve found that it’s important to keep pushing myself a little bit beyond my comfort zone.

At one point, I was worried that my novel would never get read by anyone, because it’s so hard to get taken on by an agent. When I started researching self-publishing, though, I realised this would be a great direction for me. (I’d already self-published lots of non-fiction material by this point, so it wasn’t too big a leap!)

During 2012, I wrote Publishing E-Books For Dummies, which was published just a week ago as I write this (in September). This came about because of my speaking gig at BlogWorld in November 2011 – an editor from Wiley got in touch to ask if I’d like to submit a proposal for a new book in their For Dummies series.

Just as I finished the final chapter of the book, in mid-June, something very wonderful happened. My husband Paul and I found out that we were expecting our first child. I’m now four months into the pregnancy, and very much looking forward to being a mother.

Of course, this heralds the biggest change yet! My Master’s degree, our move from London to Oxford, our wedding, my novel, my For Dummies book … all of that seems pretty small in comparison to bringing a new life into the world.

So, my business is shifting yet again. I’m giving up almost all my paid blogging work – and saying a fond farewell to sites like The Change Blog that I’ve written for throughout the last few years. I’ve loved being a part of this community.

If there’s one thing I’ve learnt over the past four years, it’s that life never stays still and you can never truly get stuck … there’s always something new to try.

Whatever change you’re facing – or hoping for – right now, I wish you all the very best. 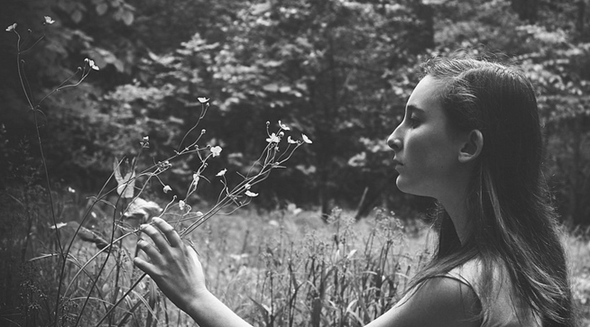