“Change yourself – you are in control” – Mahatma Gandhi

In 2011, after some rough news from my doctors, I made a few decisions that literally changed my life.  One decision was my nutrition and another one was the story I’m about to share.

At the time I was into running and found that it truly enabled me to clear my mind from all of my life’s distractions and negative impulses.  Towards the end of the year I had been invited to take part in “The Ride To Conquer Cancer” for June 2012, which is a 220km charity bike ride over two days from Toronto to Niagara Falls.  It seemed like a big challenge, not only because of the distance, but because I needed to raise a certain amount of money in order to qualify.  I made the commitment and went all in.  I bought a bike and started to train for this incredible event.  In April 2012 I realized that I was already a runner and now had become a biker and thought…if only I knew how to swim, I’d be able to do triathlons.  The problem was that I never learned to swim as a child.  I mean, I can jump into a pool and tread water or go scuba diving, but that’s a very different kind of swimming.  I was not a swimmer.

I did some research looking for local triathlons and found one pretty close-by, however it was about a month away.  I found it very intriguing and registered for my first sprint triathlon, which was a 750m swim followed by a 30km bike followed by a 7.5km run.  I wasn’t at all concerned about the bike and the run…the challenge was the swim.  So I went to my local community center pool and decided I’d jump in and see how good of a swimmer I really was.  I felt really confident (even though I didn’t know what I was doing) and I jumped into the pool and started swimming front crawl.  It felt like I was swimming for hours, I was exhausted so I stopped.  The problem was that when I stopped, I was actually in the middle of this 25m pool and I lasted maybe ten seconds!  It was at that time that I realized perhaps I got myself into something I should’ve put more thought into or given myself more time to prepare for.  In that pool, on that day, something happened to me and I’ll remember it for the rest of my life.  It was a life changing moment for me.

As I walked the rest on the length of that pool, I was past by a swimmer who was cruising with ease, doing lap after lap and not stopping.  I stood at the end of the pool catching my breath and preparing myself to try for another lap.   As I was about to go, that fast swimmer stopped at the wall.  He was wearing goggles and a swim cap and on his right shoulder was a big Ironman tattoo.

I said to him: “Hey, you swim really fast, I don’t know how you go so fast and do that without stopping!  I’m thinking of doing a sprint triathlon, you’re an Ironman…you’re pretty crazy!”

He responded with: “Well, it’s not so hard.  You can do it.  Just remember these three things and you’ll get there.  1. Patience 2. Consistency 3. Practice.  Those three things are the keys to your success.”

I thanked him for the advice as he got out of the pool and left.  I never saw him again and never caught his name, but his advice proved to be a true game changer.  For the next month I went to the pool four times a week to work on my swimming gearing up for that 750m swim.  It was an extremely frustrating month, but I kept at it and practiced hard.  My swimming improved drastically over that time and I felt good enough to race my first triathlon.

Race day came and I was all set (or so I thought).  I realized at that moment that I had never swam in open water and I’ve never swam in a wetsuit!  I was in for a treat.  I lined up near the middle of the pack because after a month of training, I thought I’d become a pretty good swimmer.  The gun went off, everyone ran into the water (including me), and within the first 10m, I got elbowed in the ribs, kicked in the head and finally kicked right in the face.  That kick was devastating, it knocked my goggles off my face and I went into complete panic mode.  People were swimming all around me, heading in my direction and I didn’t know what to do.  I managed to get my goggles back on my face and flipped onto my back to catch my breath.  I swam backstroke for a while until I was calm, then flipped back to front crawl.  The front crawl didn’t last, I was too anxious.  I did the rest of the distance on my back.  It was a crazy experience.  I finished the race and was thrilled.  My time didn’t matter, the fact that I persevered and worked through those challenges made me very proud.

As soon as that race ended, I knew that I needed to train more, train harder and set a bigger goal.  I knew I wanted to become an Ironman.  That meant I’d need to swim 2.4 miles, bike 112 miles and finish with a marathon (26.2 miles).

In May 2014, I completed Ironman Texas.  The race was an incredible experience and the best part of my race was in fact my swim.  I trained very hard for that race and ever since that day in the community center pool, I’ve been following the advice I’d been given by that other swimmer I met.  Currently I am training for an Ultra Ironman and it scares me so much.  I’m learning everyday more and more that it’s the things that scare me, which are the things I need to do.

A few months ago I was swimming at that very same community center pool and I was finishing up an hour straight swim.  When I got to the wall and removed my goggles and my Ironman Texas swim cap, there was young lady standing there.

She said: “Wow, how long have you been swimming for because I’ve been watching you for a while.  You’re so fast and make it look so easy.  I can’t believe you’re an Ironman…you must be crazy!  I’m having a hard time just swimming a couple of laps!”

My response to her with a big smile was: “It’s been an hour and it’s not so hard anymore.  You can do it.  Just remember these three things and you’ll get there.  1. Patience 2. Consistency 3. Practice.  Those three things are the keys to your success.”

I am now a swimmer and share these words with people I meet:

“Anything is possible, you control what you can do.  Everything in life is a choice – which you can make for yourself.  Find something you enjoy.  If it’s fun for you, you’ll be likely to stick with it.  Also, just get started…small steps create giant leaps!”

Where will you find your inspiration and what will you change in your life? 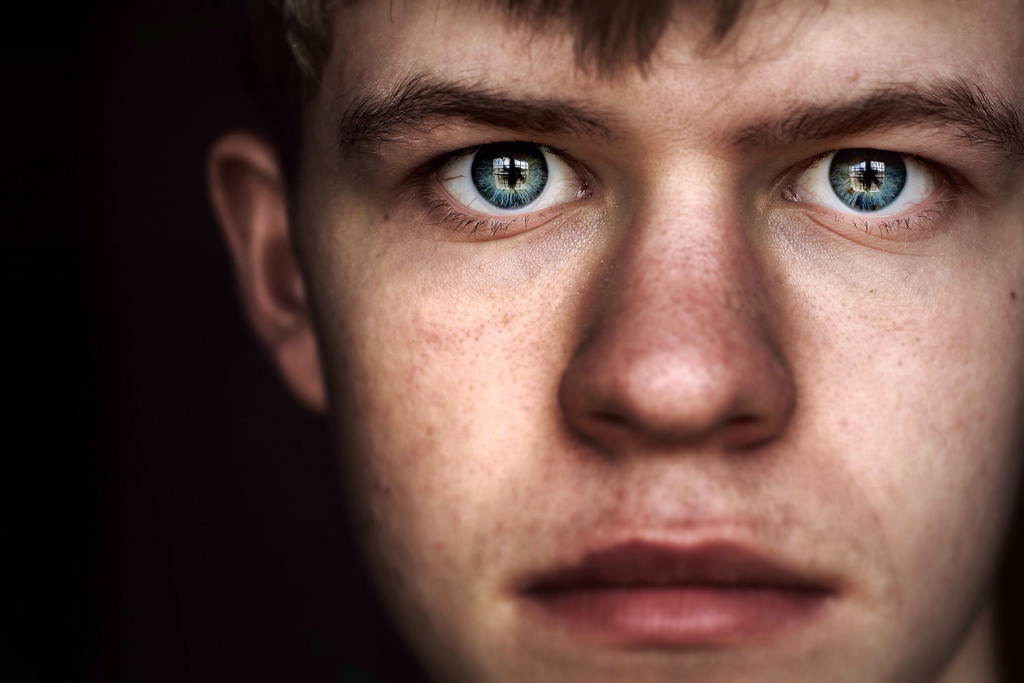 I grew up in Montreal and currently live in Toronto, Canada and lived for two years in Hong Kong.  I have two amazing kids and a beautiful, supportive wife (we've been married for almost 13 years). I have been teaching high school Health and Physical Education for the past 16 years and I’m the Athletic Director as well. I am a personal trainer and a plant-based athlete and nutrition consultant helping people improve their quality of life through nutrition and fitness. I am currently training for a 50-mile trail run and the UltraBaby (3-day triathlon stage race) that will be held in Texas next October. Website: www.planttrainers.com Podcast in iTunes: https://itunes.apple.com/ca/podcast/the-plant-trainers-podcast/id957883184