How Changing My Location Transformed My Life 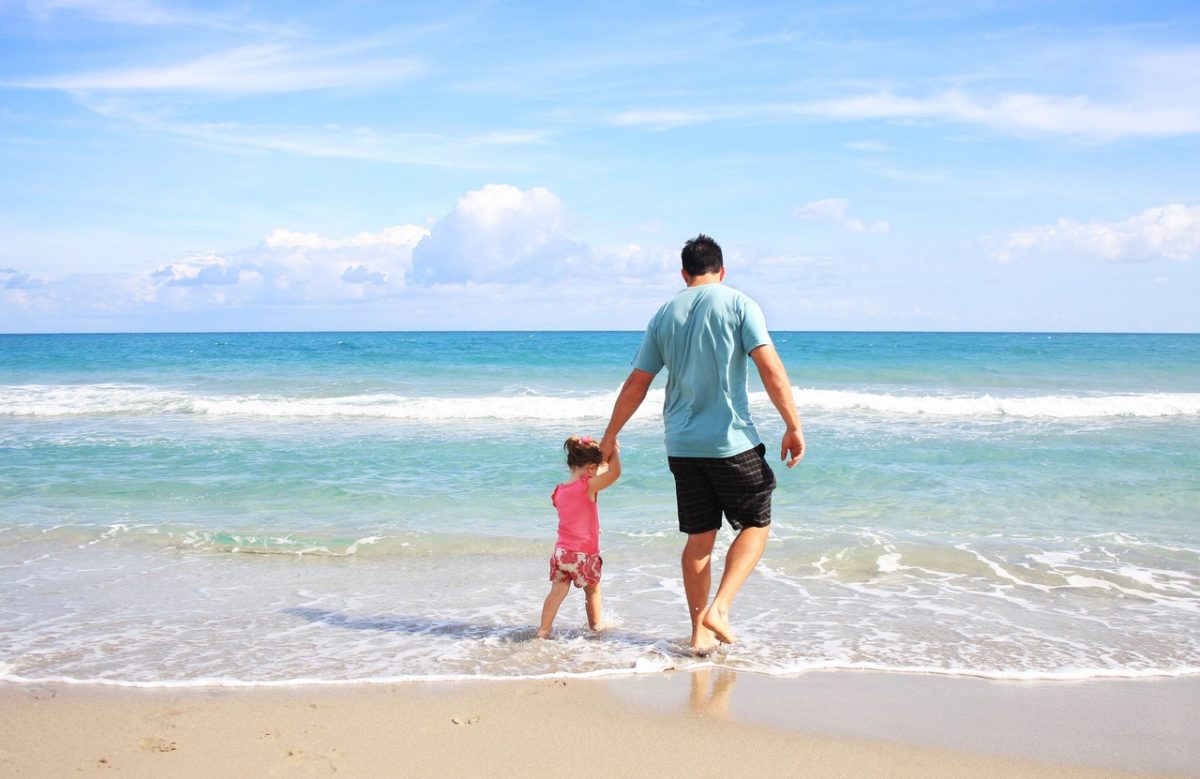 It was on my daughter’s third birthday that I decided my life just had to change.

At the time, my wife and I had four young children. We were living outside London, and I was commuting into the big city every day to work. Each morning, I would get up while the rest of the family was asleep, and begin my two-hour commute to the office – first a trip on an over-crowded bus, then a journey on a train that was invariably late, and finally an unpleasant half hour packed like a sardine into a tube train.

In summer, the tube trip was unbearably hot and stuffy. In winter, the bus stops and train stations were freezing cold and miserable.

When I got to the office, I would hang around outside the office waiting for the exact stroke of nine o’clock – I didn’t want to spend a minute more in my cubicle than I had to. I was usually obliged to work late, and by the time I had done my two-hour commute in reverse to get home, my children were in bed and asleep.

For a while, I accepted that this was the way life had to be – because the people all around me were doing much the same thing. My friends and neighbors all struggled with jobs they hated, so that they could pay the extortionate mortgage on an over-priced home in the suburbs. Monday to Friday was an endless round of working and commuting. Weekends were for catching up with all the household chores and errands there was no time for during the week.

That was the way my life was – until my daughter’s third birthday rolled around. We had bought her a doll’s house as a gift, which she played with all day. That evening, as she put Barbie to bed in the doll’s bedroom, the activity seemed to remind her of a something that was worrying her. She asked me a question that shook me to the core.

I was stunned. I realized I spent so much time away from home, that my daughter didn’t even recognize me as a member of the household. Every weekday, I was gone when she woke up, and still not there when she went to bed. She only saw me at weekends and during holidays – I was nothing more than an occasional visitor in her life – more like a grandparent than her father.

I resolved then and there that the situation had to change. I had been experimenting with online marketing for a while in the evenings, and was making some useful extra income. I decided that if I was going to be a full-time figure in my family’s life, I had to turn this part-time hobby into a full-time business.

It wasn’t easy, for sure. For much of the next year, I worked on my project after work every night. Eventually, the late hours paid off, and by the time my daughter’s fourth birthday came round, I was earning more in my online business than in my day job.

So I quit. And I didn’t just quit my job – I quit the country, too. Now that I was earning money online, we were free to live anywhere. So we sold up and traded cold, rainy London for a new home in Australia. We spent some time traveling across this great Southern land, exploring everywhere from Adelaide to Airlie Beach – eventually settling in the beautiful, beachside town of Terrigal in New South Wales.

Giving up everything you know and moving to a distant part of the planet is a big deal – much bigger than I had anticipated. For a while we struggled with homesickness, the kids missed their grandparents, and we suffered the culture shock of adapting to our new environment. One day, we arrived home to find that we had been burgled and robbed of all our possessions. That was our lowest point, and we almost packed up the few things we had left and headed back to the UK.

But we decided to give Australia another three months, and that proved to be a very good decision. The homesickness wore off as we made new friends and adapted to our new world. Soon, the kids were settled into school, and Australia began to feel like home. On the day we finally became Australian citizens, we were all brimming with pride as the local mayor handed us our citizenship certificates.

A New Way of Life

Best of all, though, was the total transformation in our lifestyle. I no longer had to get up when the alarm clock went off at 6.00am, or struggle through the sleet, rain and snow of a two-hour commute. I didn’t have to sit in a claustrophobic office cubicle, watching the clock crawl at a snail’s pace until five o’clock.

Instead, I turned a spare room in our beautiful new home into my office. I had a view over the rainforest that backed our property, and could work the hours that suited me. Sometimes I would work in the office and listen to the sound of the parrots and the kookaburras in the trees outside. Other times I would take my laptop and work sitting beside the pool. If it got too hot, I could always jump in the water for a refreshing swim.

Most days, I would enjoy a leisurely breakfast with the family, drop the kids off at school, and then start work around nine…or maybe ten. I was the boss now, so it was my decision. I aimed to finish work at four, when the kids got home from school. We would all go for a swim in our pool together, or perhaps go down to the beach for an hour or two of surfing. Then there was time for a family meal together in the evening, followed by some more quality time with the kids.

Because there was now plenty of time for chores and errands during the week, we were free to do whatever we liked at weekends. So instead of spending Saturdays and Sundays mending fences, cleaning and gardening, we spent them holding BBQs with friends, jet-skiing on the local waterways, bushwalking…or just enjoying the 31 stunning beaches of the Central Coast (one for every day of the month!)

Another big advantage of changing location was that our money went much further. We were able to sell our UK property at sky-high London prices and buy a house for cash in Australia. Better still, our new lifestyle was much cheaper. In London, the inclement weather meant the cost of entertainment was high – we were obliged to spend a fortune on indoor entertainment such as cinema tickets, theme park admissions, fast-food meals, etc.

By comparison, entertainment in Australia was much cheaper – often free. It costs nothing to swim on a beautiful beach, to go exploring in the bush, or to play Marco Polo in your backyard pool.

However, all of that pales into insignificance compared to the benefit of spending more time with my family. Now there was no danger that my daughter would wonder where I lived, or that I would miss out on their childhood. I was there for every birthday, every school concert and every significant event in their lives. And that is a priceless gift worth more than a billion-dollar fortune.

So what about you? Do you need a change in location to transform your life and create the future of your dreams?

If so, there has never been a better time to do it. When we relocated to Australia, running an online business was much harder than it is today. There was no Wi-Fi, no mobile broadband and no smartphones. Websites had to be hand-built in old-fashioned code, and everything was clunky and hard to do.

None of that is true anymore. Today’s technology makes it easier than ever to start an online business that can earn you the freedom to live on your own terms. Even if you have no previous technical or marketing experience, you can start a blog and build a million dollar business. If that sounds a little ambitious, check out the stories of these blogging millionaires. These are just regular folks who figured out how to turn a simple blog into financial freedom.

So the great news is that you don’t have to tolerate a life that is less than perfect. You can create an online income that allows you to pursue your passions, create your dream lifestyle…and live wherever you want. And simply by changing your location, you can open up a whole new world of possibilities.

I certainly have no regrets about making the big move. My children enjoyed an awesome childhood, and I was able to share every moment with them. If your life is not working out exactly as you had hoped, then don’t despair. Because there is a real opportunity to make changes that inspire a whole new life.

Start today, and you, too, could be living in paradise by this time next year.

See you on the beach! 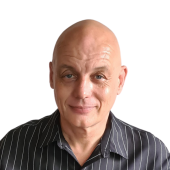 RobPalmer is a full-time blogger and online marketer who helps people escape the rat race, pursue their passion and achieve financial, location and personal freedom. 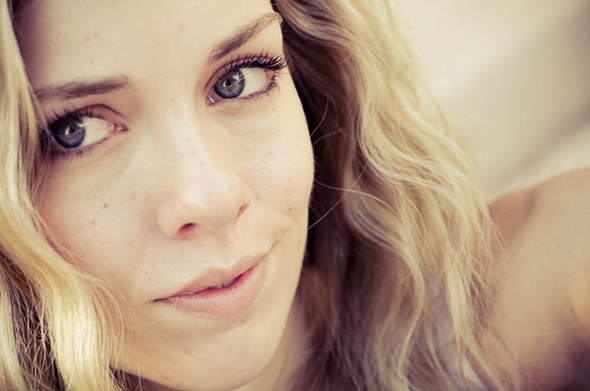 How to Improve Your Self-Esteem 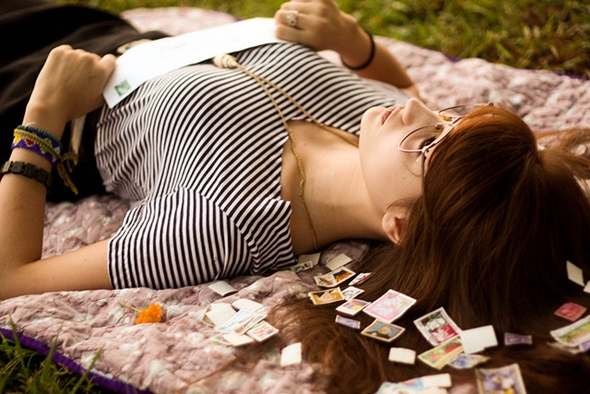 Writing a Forgiveness Letter Can Change Your Life 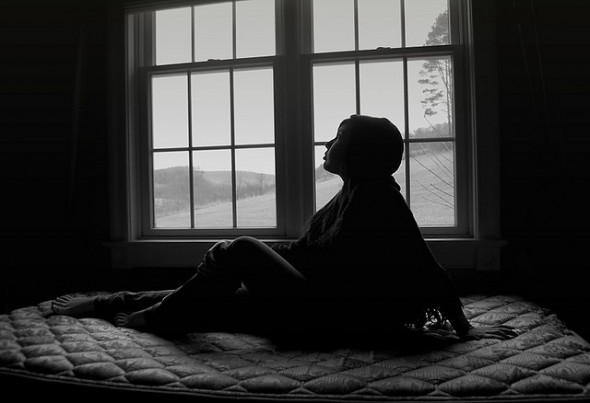 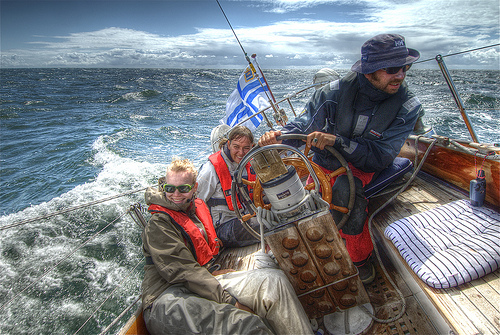