This post is a mixture of several elements mentioned already on the blog: gratitude, the search for happiness, stress management – all of the psychological gremlins that seem to be perched on one shoulder or the other on a regular basis. I went through a life-changing experience at the age of 48 that centered on honesty: self-honesty, to be precise.

At 48 the wheels came off for me; I lost my job when the company changed hands and shortly thereafter my marriage imploded. This was a relationship that had been lifeless for years but when the specter of a permanent split hove into view I was terrified and scared to death. The couples therapy routinely became a place for target practice, but out of that and some other situations that I had to confront it became clear to me that I had very little knowledge of how I felt about things, how I treated people, and what might be the principal source of my fear.

The fact that I was in a miserable marriage that I was scared to leave was a red-flag indicator that something was amiss in my internal communication. My soon to be ex said to me, “You’ve never lived alone.  You don’t know how.” There was some truth to that; even though I hadn’t married until the age of 33 I lived in a succession of little apartments that were more like hotel rooms – just passing through.

But now I was confronted with a major change that was causing enormous pain, the reasons for which were beyond me. I got into therapy – group therapy, for the most part – and slowly it became apparent to me that what I considered honesty was far from the real thing. I wasn’t a thief, but I was self-centered to the point that I had no grasp of the realities surrounding me. Prior to marriage I’d gone through a series of relationships that in my mind began and ended in a straightforward manner. My new perspective suggested that was not the case; it was more likely that I’d been deceptive with each woman I dated and deceptive with myself because I did not have the emotional maturity to understand what true commitment means in a relationship.

I also learned that one element driving my fear of divorce was the notion that I was being exposed somehow. I’d had a great job, a house, wonderful daughter, the entire Ward and June Cleaver package. Now it was coming apart, bringing to light the fact that my life was far from a role model affair. It wasn’t just about the marriage; it was about the way in which I dealt with people, with my daughter, and with my parents.

And so I learned to look inward, to evaluate my words and actions from an unencumbered perspective. It took a long time – after all, I’d been twisted up for several decades – and in fact, the process goes on today. It is only when I’m alone with myself – in meditation, in prayer, or just in thought, perhaps writing in a journal – it is only then that I have the time and clarity to evaluate my behavior. But taking that time on a regular basis has paid enormous dividends.

I have a very close relationship with my daughter, who means the world to me. We have managed to make that transition to an adult relationship without losing the special feeling that comes from a family bond. And the same has been true between me and my parents.

I left home at 18 and spent the next thirty years hiding from them; they were (I thought) the driving force for my constant insecurity. I learned something different during the year of that divorce; I learned that they were merely humans doing the best they could. When we are children, the only beings on the planet with true magic at their fingertips are the parents. At least so it seemed to me – but then, I was just a kid. Over the couple of years following that divorce I established a new relationship with each of them, based on mutual respect and void of that childhood fear. It has been an enormous blessing. 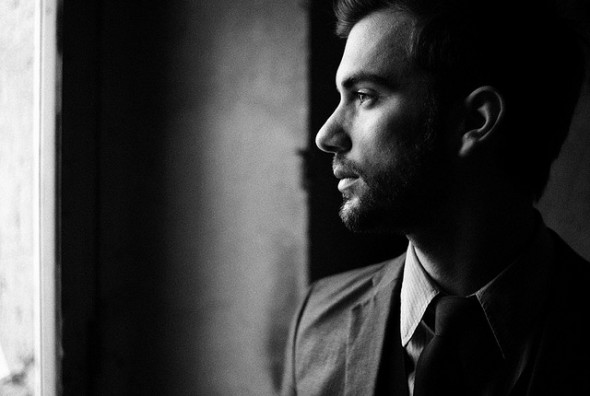 Bob Hartzell has been writing for five years about education, business, budgets, and other life essentials on a variety of websites. He writes steadily on the changes in collegiate goals with focus on the new bachelors and online graduate programs.

11 thoughts on “Honesty Can Be A Change Machine”