“You’ve got your passion, you’ve got your pride
but don’t you know that only fools are satisfied?
Dream on, but don’t imagine they’ll all come true” – Billy Joel, Vienna

All right, I know that title sounds massively depressing, but I wanted to get your attention. Because I’ve got something important to say, I promise.

If you’ve ever looked at the shelf of the self-help section in your bookstore, you’ve probably heard of a guy named Stephen Covey. He’s only slightly famous for writing The Seven Habits of Highly Successful People– voted #1 as one of the most influential books of the 20th Century.

So, in the book one of the habits is “Begin with the end in mind.” Good advice, no doubt. But there’s a slight problem — a simple misinterpretation really — when you take this advice too seriously.

When it comes to living your dreams, beginning with the end in mind is a great idea. It’s absolutely necessary as a motivational tool to keep you going, to remember why you’re working so hard on getting or that book proposal.

In other words, remember your dreams when you set out to work toward them. Reconnect with the ultimate goal you’re trying to accomplish before you set out on your task. But after that, completely forget about it. Be in the moment and focus on completely enjoying the scenery of the path you’re at. Find bliss not just in the realization of your dreams, but the movement in their direction.

Believe me, I’ve tried things the other way around. I’ve tried to always focus on the goal of being self-employed while working at a job that I less-than-love. It can absolutely drive you mad. Having co-workers talking, shuffling files, asking you how your weekend was (“Let me guess. Was it too short?!”). Keeping the end in mind here will do nothing more than cause you to completely loathe every day you take that dreaded walk to your cubicle.

Okay, so that was just part of it.

Here’s the real conundrum: We know that focusing on the step we’re at, instead of obsessing about how we’re not where we want to be, will help us reach our goal faster. We’ll produce more quality work through being present (instead of living in the future). We know that. But we can’t let go of obsessively thinking about where we wish we were, simply because we know it’s a good idea. You can’t force yourself to relax.

Without trying to go all Zen Koan on you, I’ll try to explain. In a certain sense, you’re got to stop caring about the end goal, but still care about it (to motivate you to take action) at the same time. Sound tricky? Good. If it doesn’t, then you don’t get it.

In this way, the best way to make your dreams a reality is to forget about them. It’s kind of like playing two different rhythms on the drums with two hands. You’ve got to remember what beat you want to do, then start the first hand. Then in order to play a completely different rhythm with the second hand, you forget what the first hand is doing.

I’ll be honest here, this is a skill that takes practice. Especially if you’re like me and you’re not the most patient person in the world. You want things to happen and you want it now.

I know, it’s hard. But if you want to keep your dreams alive, you’ve got to have a kind of recurring amnesia. Remember it, cherish it, then set it free and forget about it.

Then you can walk blissfully by your boss (that you can’t stand) and you won’t be overcome with frustration. Now you can actually start making progress toward your dreams, rather than freaking out that they’re not happening.

If you can master this simple art of remember the end, then forgetting about it and focusing on the movement toward your dreams, you will find success.

It’s that movement that matters anyway. Because bliss isn’t found by reaching the end of your journey, it’s found by walking the path. 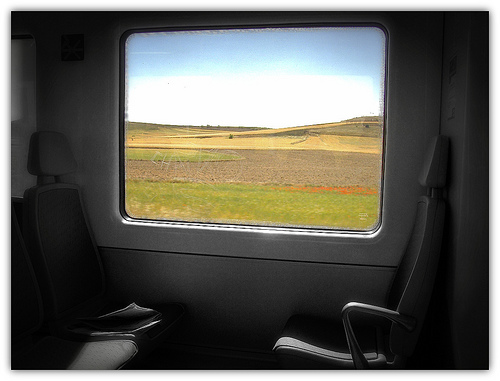 This article was written by Jonathan Mead of the blog Paid to Exist.

21 thoughts on “How to Make Your Dreams a Reality: Forget About Them”