“Nobody can go back and start a new beginning, but anyone can start today and make a new ending.” – Maria Robinson, American author

Have you already identified an area of your life you want to change, but you keep putting off doing something about it? Perhaps you’ve read all the ‘how to’ guides under the sun and researched every technique needed to make that change a reality… yet you don’t ever take any action.

I’m sure at one time or another you’ve promised yourself that you’ll begin a new habit another day: you’ll give up smoking tomorrow; you’re going to eat more healthily from Monday; you’ll be more confident at next week’s team meeting. All too often, however, the promised day passes by and still you haven’t done anything to achieve your goal.

It’s frustrating because you want to do it, but you always delay the first – and arguably the most important – day of change. Eventually, it seems such an impossible task that you give up before you try anything.

But it is possible to start those changes today… and you can begin right here and now.

Why We Delay the First Day of Change

When we view change as being an activity to schedule for sometime in the future, we run the risk of never getting around to doing it. Imagine you’ve pencilled a meeting in your diary for next week, one that you really don’t want to attend. As the date gets nearer, you desperately look for reasons to cancel. You come up with an excuse that you’re too busy, it’s a waste of time, or that someone else would get more benefit from participating. Next thing you know, you’ve bumped the meeting from your schedule- and you breathe a sigh of relief.

Personal growth can be tough, boring even, and it often feels easier to push it back to another time rather than face it head on. As we introduce alternative patterns of behavior into our daily lives, we’re likely to experience difficult periods as our previously tried-and-tested ways of behaving are replaced with fresh approaches. This re-learning of new habits and skills can be like a personal battleground where retreat is seen as the best line of defence.

By postponing the first day of change, we seek to shield ourselves from that critical moment when we have to finally confront any discomfort. You’ve probably used excuses like:

All of the above could be reasons you use to justify not starting today. On the surface, they may appear to be valid excuses but, deep down, they’re more likely to be a delaying tactic to put off taking that critical first step towards change.

Unless you get serious and totally commit to the changes needed for a new life, you’ll find the same old excuses apply equally no matter when you aim to begin. Be honest with yourself – if you’re not ready now, then when will you be?

How to Get Ready For Day 1

Preparation is important before you embark upon any life change. To maximise your chances of success, it’s best to do your homework and anticipate the ups, downs and challenges you’ll encounter. Plan how you’ll react when you come up against setbacks: for example, how you’ll cope when you crave that cigarette or chocolate bar you’re trying to do without.

It often helps to tell friends and family beforehand of your intention to start the change on a given day. This gives your support network the opportunity to help and encourage you on the journey. Some people also find that, by ‘going public’, they’re more likely to stick to the date they declare as ‘Day 1’. Others, however, prefer to kick off their new habit in private as they don’t like feeling under pressure from anyone else’s expectations. Whether or not you tell people at the outset is entirely your choice.

While preparation is important, don’t let it become a barrier to actually rolling up your sleeves and getting on with it. The truth is that you’re never going to feel 100% ready or equipped to cope with every eventuality, but bite the bullet despite this and deal with any issues as they develop. If you’re going to succeed, you simply have to get on with it at some point.

The ‘Big Bang’ vs. the ‘Softly, Softly’ Approach

When you’ve made the decision that you’ll introduce change to your life, you can either do it all at once or adopt the alternative habits at a more gradual pace.

When I was trying to lose weight, I always pledged to go on a diet at the start of every week. I’d spend the weekend before eating all the food that would be off limits as soon as the Monday morning came round. Then, I’d go almost ‘cold turkey’, cutting all of the unhealthy stuff from my menu. I was super-strict about what I ate and stuck religiously to a reduced-calorie eating plan. It was a case of all-or-nothing. Inevitably, during every attempt to shed the pounds, I’d succumb to temptation and sneak a snack I wasn’t allowed. This would (in my eyes) mark the failure of the diet and I’d end up repeating the whole process the very next week!

I was able to break this destructive cycle when I altered how I approached the situation. Instead of cutting everything from my eating plan, I slowly replaced certain foods with alternative, low-fat versions. Treats were ok from time to time. Rather than diving headfirst into a major revision of my previous eating habits, I took things bit by bit (literally). This meant I was able to replace the old habits at a pace my mind and body could cope with. In the end, with this different mindset, I managed to lose nearly 100 pounds.

Don’t Leave it Until Later to Start

You too might find it preferable to build up to your desired change, taking smaller steps rather than one giant leap on a specific day. For example, if you’d love to be more confident at work, there’s no need to set a date in the future to suddenly go for it. Instead, try acting a little more self-assured with one colleague straightaway. By all means, study the advice in those self-help books, but feel just as free to learn what works for you as you go along. When you feel more confident, widen your new attitude and skills to include your whole team. Your goals are more likely to become a reality when you start small.

When you set a date sometime in the future to start your first day of change, you focus all your attention on that ‘big day’. All your efforts are aimed at that watershed moment. There’s an in-built pressure on you that it’s got to work at that one time – or else you’ve failed.

As you come to the end of this article, ask yourself what’s to stop you from quietly beginning your first day of change right now?

No fanfare. No fuss. Just gradually put into practice the tips and advice you’ve read on how to do it.

This time is as good as any to start.

What’s holding you back from making those changes you want in your life? How do you motivate yourself to actually begin the process of change?

Please share your tips and thoughts in the comments. 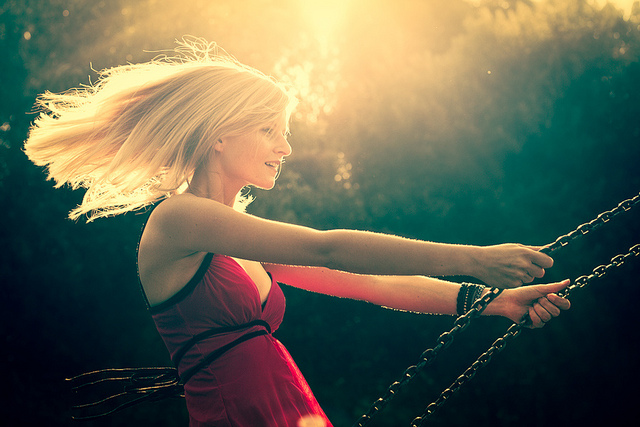 Scott McIntyre writes about how you can live a colorful life – right now – at Vivid Ways. You can also add color-in your life by following Scott on Twitter.

14 thoughts on “Start Your First Day of Change Right Now”