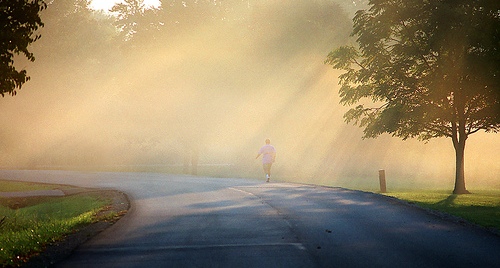 Do you have any big goals that you’re struggling to make a start on? Or goals which you’ve had a go at several times – but where you keep failing? Perhaps you think there are some areas of life where you can’t succeed: you might be great at hitting targets at work, but you just can’t ever stick to an exercise routine for more than a week. Or maybe you’re on track to start your own business this year, but all your attempts to tackle your long-standing weight problem have failed.

The problem might be that you’re trying to change too much, too fast. It might seem odd to ask you on The Change Blog to cut back on how change you’re trying to work into your life … but I want to focus on getting you to think about making lasting changes that stick, rather than trying to completely change your habits overnight.

Think again about those goals you think you’ll never meet. Perhaps some of them are failed New Years’ resolutions –like exercising more, eating healthily, losing weight, quitting smoking. If you’re like most people, you probably tried to make sweeping changes overnight, and it didn’t work.

Where Do You Want To Get To?

Perhaps you’ve got a challenging target in mind. You might want to:

These are all great targets – but they’re also enormous steps to take overnight.  Instead of trying to take an unmanageable leap straight away, look for ways you can reach those targets by making manageable, incremental changes.

Where Are You At Now?

Spend a week tracking the area which you’re trying to improve: you need to find out what level you’re at before you know the first steps you need to take in order to improve. You can track your spending, your exercise, your food intake, your usual waking-up time, your daily cups of coffee…

Sometimes, taking a good honest look at where you’re currently at can be discouraging at first: there might be a big gulf between where you are and where you want to be. You might even feel that you don’t have the strength, courage or self-discipline to get to your goal. Perhaps that is the case at the moment – but all you need is the ability to take the next step. You’ll gain the mental strength you need along the way.

Work out incremental steps which you can take to reach your goal, based on where you are now. For example, if you want to lose 50lbs, break this down into a target of 1lb per week. Yes, it’ll take you a year to get to your goal, but that time will pass anyway.

Don’t underestimate how much you can achieve by taking small steps. You waste a lot more time by throwing yourself at an unrealistic target, getting rapidly overwhelmed and giving up after the first week. It’s also really disheartening to approach your goals in this way: you’ll start telling yourself that you’ll never succeed or that you lack self-discipline.

So What Does This Mean For You?

All of the above is quite theoretical – and you might be struggling to apply it to your own life and goals. So here are some practical examples of how taking small steps really can help you to reach big goals.

As you can see – a lot of big goals are perfectly achievable in under two months, so long as you don’t demand instant success from yourself. You can achieve those hard goals which you’ve failed at in the past: just take small, incremental steps.

What are your challenging goals – big or small – that you’ve failed to reach in the past? Where are you currently, and what steps can you take, week by week, to reach your eventual targets?

23 thoughts on “The Magic of Starting Small”