I have learned a lot over the past few years about making changes. But nothing taught me more than the things I did wrong – the sins of change.

These 7 deadly sins will prevent  you from making changes. Avoid them, and you have a much better chance of success.

I see people who attempt to change fast all the time. They’re at the gym, smiling at me with their naive, toothy grin. “I’m going to start coming here every day,” they say.

Sadly, I know this isn’t the case. I usually see them the next day, then in a few days, then not at all.

Why is this? Is it from lack of motivation or lack of discipline? I don’t think so. It’s because they change too fast.

I see them dripping with sweat after their run on the treadmill – huffing and puffing like they’re about to pass out. It must be painful to push yourself that much. And this pain is remembered the next day. This pain makes them quit.

What if they went slow? Instead of pushing themselves, they stopped at a reasonable time. Then they slowly increased their time working out.

Going to the gym would be a much better experience. They would be more motivated to go to the gym regularly.

I have discovered that changing fast, rather than slow is the most deadly sin of change. By going slow, you don’t get burned out. You can make your change a habit, rather than a fling.

Planning was an old friend of mine when it came to making changes. I would plan every aspect of how I would tackle my change, and would log my progress.

I would make specific goals, create specific steps to achieve them, and plan a reasonable time frame.

Most people would applaud this philosophy. It seems to make sense because humans want the illusion of control, and we are told that planning is incredibly important. “Fail to plan, prepare to fail,” is the old adage.

However, I have found that planning hurts change. Planning makes you inflexible, and inflexibility harms change.

Consider when I made my varsity soccer team at school. To accomplish this, I had to improve (thus change) my abilities as a player. I created a long, step-by-step plan to achieving my goal.

But I ended up straying from the plan. I learned that I would get better results from focusing on specific skills, rather than the whole package. I trained with my friends (instead of on my own) and played pick-up games. The things that went against my plan helped me the most.

I have found this over and over again.

3. Tackling multiple changes at once

Some people come to my blog, SlowChange, and email me saying they are excited about changing their life. They list multiple changes they want to start implementing right away.

Slow down. It’s tempting to make multiple changes at once, but it greatly increases your change of failing.

So focus on one change till it becomes a habit. Then move onto the next one.

This sin is incredibly common and deadly. I know because I’ve struggled with it my whole life.

Spectating – watching instead of doing.

I’ve done it so many times: I want to make a change, so I read about it. I go on the Internet and ask questions about it. I think about it, I talk about it. I do everything except act.

It’s easy to get caught up in spectating because it’s easy and enjoyable. And it’s not all bad; spectating can help you learn and improve.

But nothing will get done unless you do something. So act.

Want to become a  runner?  Get out the door right now and start running. You can read about it after you’ve finished your run.

Common advice tells you to reward yourself after doing a positive activity. So If you want to develop the habit of reading, you reward yourself with a chocolate bar everytime you read 50 pages.

It makes sense right? If you are reinforced, you want to do the activity more (thus forming the habit). However, I have discovered that rewards only hinder change.

Let’s go with a typical example. A woman wants to get in shape, so she starts working out in the gym. She hates the gym, but rewards herself with a massage every time she goes to the gym.

As the days pass, she hates the gym more and more (this is what happens when you force yourself to do something you don’t like). Eventually, she gives in and quits. She realizes that she can give herself a massage without going to the gym, and even if she feels guilty and doesn’t get the massage, she still feels better than going to the gym.

I see this scenario happen over and over again. And it happened to me. A lot.

To create lasting change, you need to be intrinsically motivated. If you don’t enjoy the activity, if the activity isn’t its own reward, then you won’t do it. You will quit over and over again.

So figure out how to enjoy the activity. Focus on the workout and the pleasure you feel when you are there. Go slowly, don’t push yourself or cause yourself pain.

If you truly hate something, devise a different way to change. Instead of the gym, try playing sports, playing with kids, or simply walking outside.

To make something a habit, the change must be it’s on reward. Or you will fail.

We tend to overestimate how fast we can achieve results. This isn’t surprising considering we are told we can lose 7 pounds in 7 days, become fluent in a language in a month, and achieve 6-pack abs in two weeks.

When these crazy results don’t come, we often get frustrated. We become dissatisfied and throw in the towel. This has happened to me countless times.

I definitely understand that you want results in the short-term. But the results that truly matter are long-term.

We tend to overestimate short-term results but underestimate long-term benefits. So, if you keep plugging away you will get great results. I promise.

Making changes should be fun.  The joy of making a great change, should be enough for the short-term. Don’t let a lust for short-term results interfere with great long-term benefits.

7. Changing because of insecurity

Changing your life for the better is an awesome thing. It has completely turned my life around: I have went from depressed and confused to happy and fulfilled with just a few simple changes.

But some people change themselves not to live a more meaningful life, but because of insecurity. Changing yourself is a multi-million (heck probably billion) dollar industry that leeches off the insecure.

I want you to keep this in mind: you are not changing because you are somehow inadequate. You are changing simply to improve the quality of your life. To become a healthier, more compassionate person.

Photo by the half-blood prince 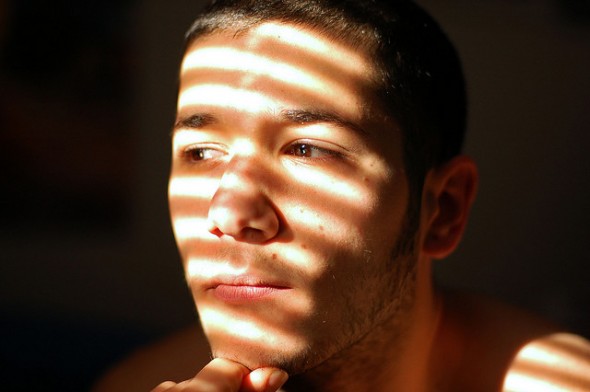 Jake O'Callaghan is passionate about teaching others to change - one small step at a time. SlowChange is his blog on making lasting change. You can follow him on Twitter.

16 thoughts on “The 7 Deadly Sins of Change”