Wherever we live in the world, we’re used to the pattern of the seasons. We know that some months are good for planting new seeds, others are good for picnics in the park, others involve warm soups and thick blankets. The rhythm of each year is the same, but the seasons turn from hot to cold, from wet to dry. We wouldn’t blame the weather for being unsuitable for harvesting when it’s time to sow, or for being no good for wearing our favorite shorts when kids are out building snowmen.

Our creative abilities follow seasons too – but we’re often unable or reluctant to recognize these. How often have you blamed yourself for not being creative or productive at a particular time? How often have you tried to rush on with something, only to quickly stall?

Accepting the Cycle of Creativity

Last semester, I made the mistake of trying to press on with a piece of writing before I was ready. I wrote several thousand words, and ended up throwing them all away. I was trying to produce when I needed to wait patiently for seeds to grow. In the long run, it’d have been much more productive not to force myself to write when I wasn’t ready to.

Many projects – especially creative ones – follow a similar cycle. I’ve just started on a collaborative non-fiction book with a friend. At our initial meeting, we set out a timescale across a year – the same time period as the seasons span. We drew up our own “seasons” for the creative process:

When you’re working on a creative project – whether it’s a short story, a piece of art, a blog post, or a song – it’s important to give your unconscious mind time to work. I’m sure you’ll have had times when ideas seemed to come out of the blue, or when you found a richer, deeper vein of thought in something that you’d only started to scratch the surface of.

Find a way that’s natural and intuitive for you to store your ideas (it might be using a piece of software, a simple notebook, a corkboard or some other method). Charlie Gilkey calls this place an “idea garden”:

“Where do you plant your idea seeds? How do you give those idea seeds the love and attention they need to become your next great idea? From my experience, most people have the hardest time at the incubation step in the creative process. We all have good ideas, but some of us don’t do a good job of capturing those ideas and tending them until they’re ready to come out.” – Charlie Gilkey, Do You Have an Idea Garden? on Productive Flourishing

Giving yourself the time to think and to let ideas simmer away in the background has implications for your scheduling. If you have an essay due in a month, you might start the planning and idea-generation process in the first week, then have a few days without working on the essay before coming back to it. If you’re writing a poem, you might jot down your initial thoughts and slowly add to them over the course of a week, before beginning to put together lines and stanzas.

What Season Are You In?

I believe that different projects have a cycle of seasons – but that our overall creativity can also follow this pattern.

At some points of time (whether these last for days, weeks or longer), we’re in the season of idea-gathering: we pull lots of thoughts together, we explore and experiment, and brainstorm.

Other times, we’re in the season of production. Perhaps we go through a burst of activity: we write several chapters of a book, or create a series of pieces of art, or write half a dozen songs.

When we work with the seasons, our work feels more joyful, natural and spontaneous. When we try to force ourselves to do something that goes against our current season, we can feel stuck, stifled, forced or creatively blocked.

So what season are you currently in? And does it match the working or the creating that you’re trying to do? 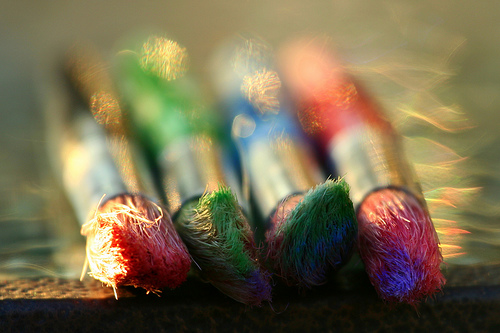 6 thoughts on “The Different Seasons of Creativity: Finding and Following Your Patterns”