“Your time is limited, so don’t waste it living someone else’s life.” –Steve Jobs

Many of us go through our lives, never really knowing what we want to do and we simply live in a way that suits others. We may conform to what’s expected of us rather than making our own choices. We may get to a point where we start to question what our true potential really is and whether we’ve lived up to that potential.

Growing up I was always a very awkward looking child. Tall, skinny and rather introverted, I lacked confidence and self-belief, especially in the classroom where my grades were certainly below average. I was a very shy child. I still remember that I would regularly hide behind my Mother’s long dress whenever she stopped to talk to people on the way to school. I still don’t quite know what I was hiding from, perhaps the possible embarrassment of being talked to by one of my Mother’s friends.

Despite being a rather awkward looking child I had a passion from a young age. That passion was fitness. I would try almost any sport. I particularly loved running and I would literally run everywhere I could. The feeling I got from exercising was like nothing else. We lived opposite the park and my Mother would let me play football with friends there after school. I wasn’t a very good footballer as it happened, but I still loved it. I was a fast runner and when I got the ball my long legs made it hard for others to catch up with me.

I was very fit, healthy and happy right up until the age of 10. One summer’s day, I was playing football with a few friends in the park as usual. I suddenly began struggling to breath and my chest felt like someone was sitting on me. Gasping for air and lying on the floor, I felt that I was losing consciousness and began going dizzy. I was rushed to hospital and treated for status asthmaticus – a severe life-threatening asthma attack. I was injected with epinephrine and corticosteroids to control my condition and after almost a month in hospital for in-depth observations and tests I was allowed to return home. Before I left the hospital, I still remember the doctor telling my Mother that this was the worst asthma attack they had ever seen.

As a child, I probably didn’t realise quite how close I had come that day in the park to dying. The doctor told me that I would need to carry an asthma inhaler all my life, and we’d also need an expensive nebulizer at home in case of future severe attacks. I didn’t really know what that was at the time, so wasn’t that concerned. But what followed was really upsetting to an active ten year old. He sat me down and told me that I would need to avoid exercise from now on, most likely for the rest of my life.

This was something that broke my heart. The doctors (and I assume my Mother too) were convinced that exercise had prompted the attack and from that point forwards fitness was taken away from me. I was signed off from sports at school under ‘doctors orders’ and would spend the afternoons instead in a cold empty classroom reading books.

I remember my Mother sticking to the doctor’s advice religiously. She made me stay home when my friends were playing football outside. I would sit and watch them from my bedroom window. I was eventually allowed to go out to the park but my Mother insisted that I just watch from the sidelines. I remember once that a rush of adrenaline took hold of me and I joined in, just running slowly with the ball. The temptation was too great. Yet within a few minutes my Mother had spotted me and came out to drag me kicking and screaming back indoors.

I guess looking back, this childhood experience could easily have turned me away from fitness forever. After all, everyone was telling me that exercise was dangerous for me and they were actively preventing me from doing it. I guess when people constantly tell you cannot do something it’s very easy to start to believe it yourself. I suppose for a while I believed it too. Yet part of me, deep down, even as a young child could not let go of the enjoyment I got from exercise and life seemed very dull without it.

Pivotal Moments That Change Our Lives

When I reached the age of 15, something truly amazing happened. My family relocated due to my Father’s job and I started at a new school. I guess it was the clean slate I had been looking for. I was supposed to take my medical absence slip to school to excuse me from Physical Education but I never did. For the first time in years I began to participate in exercise again (albeit without my Mother’s knowledge). I would leave my exercise kit at school so that my Mother would not find it in my school bag, and I continued to participate every week in the classes. I certainly felt quite weak to begin but suffered no ill effects. In fact, I found that I grew stronger with each class and actually found that I needed to use my inhaler much less. Could it be that my lungs were actually getting stronger?

My sports teacher obviously saw promise in my abilities and asked me to try out for the school rugby team. I stayed behind one day after school and entered the trials. I remember getting passed the ball and then running towards the try line. Nobody stopped me and I scored my first try. I think at that one moment I was the happiest I had ever been.

Of course I had to come clean to my family. It was going to be impossible to hide the fact that I needed a rugby kit and would be playing matches at weekends! Of course the response I received from my worried parents was what I expected, but I was forceful with my convictions and persuasive in my arguments. I promised them that if I ever felt unwell I would stop playing straightaway and would never play again.

Living Your Own Life

I don’t think my parents every really accepted me playing sport. They would turn up for matches but always had that worried look on their faces. But I loved every minute of it and my asthma actually got better with exercise, not worse as the medical experts thought. I went on to play rugby for my school and then was signed up as a professional at the age of 17. When I finished my career in professional sport, I continued to follow my passion for fitness working as a personal trainer, so I could help and inspire others to change their lives through fitness. It’s a job I love and a career I’m truly passionate about and I’ve never allowed my health to be an obstacle.

I sometimes wonder what my life what have been like if I had conformed to expectations and allowed obstacles to stand in my way. I believe that we can all find our own potential and achieve great things in life. Obstacles are created to keep us focused on our end goals. It’s a test to see how much we really want to achieve it.

I have known many people growing up who have done things they don’t want to do, simply to please others. Many people go through their whole lives living it for others. I almost did too. It may be going to University to please our parents, taking that internship because it’s what your Dad did, or even falling into a job that you don’t enjoy because it’s ‘a solid career.’ I almost turned my back on my one true passion because I was told it was not what I should be doing. I’m not advocating living a life that’s reckless, just living a life that gives you some kind of emotional reward and a life that’s true. You cannot live someone else’s life for them and I know that more than most.

I am now a Father myself and can understand for the first time the good intentions my Mother had for me when I was a child. But I believe that we have to make our own way in life and stay strong in our own convictions. It’s a fact that the things really worth having in life rarely come easily but by showing strength of mind and fortitude we can all find our own path and achieve a life worth living.

Have you ever felt that you’ve lived your life for others? Have you been put off following your true passion because others don’t want you to? Maybe you’ve chosen a path that was expected of you by your family, rather than the one you’d really choose for yourself. Do you feel you’re living to your true potential? 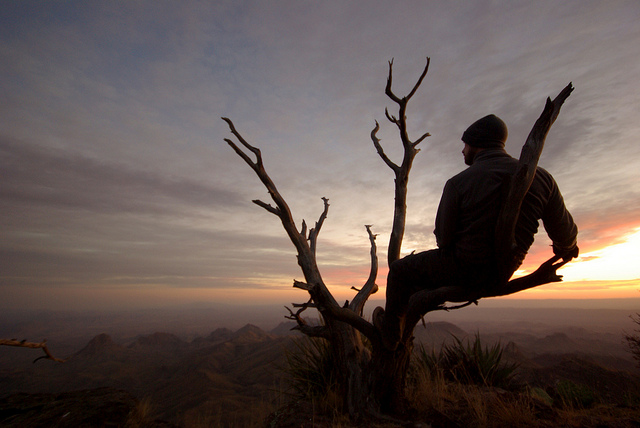 Mark Egan is a former professional rugby league player and a certified personal trainer and life coach. You can visit his website at MotivatePT, where he helps to change clients’ lives through health and exercise.

14 thoughts on “How Finding My True Potential Changed My Life”